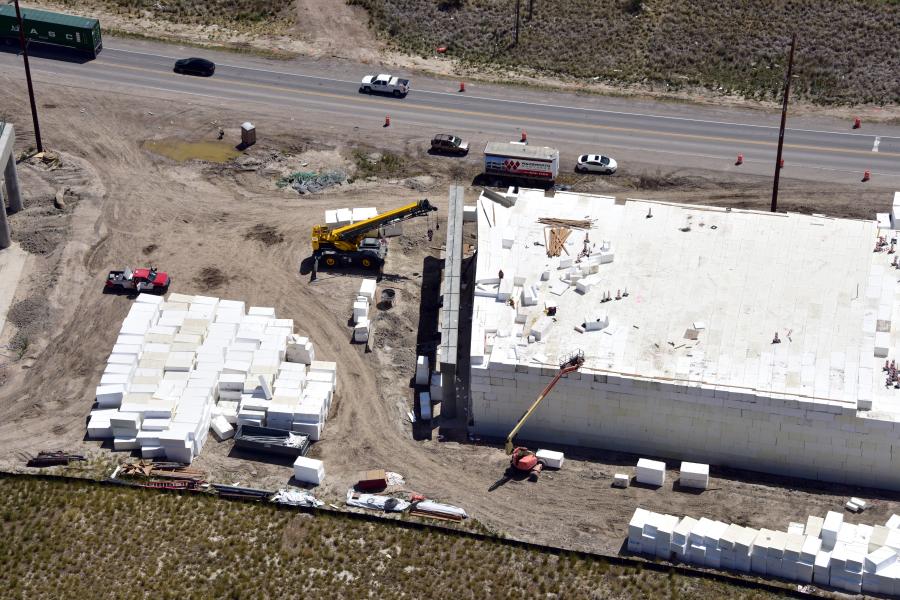 Crews from Wadsworth Brothers Construction are installing the 112,000 cu. yds. of Geofoam, supplied by Oracle and manufactured by Atlas Molded Products, using a 60-ton crane and forklifts.

A railroad bridge that is being constructed by Wadsworth Brothers Construction, part of the Utah Department of Transportation's (UDOT) $82 million 5600 W. project, is likely the largest installation of Geofoam ever used in the state, and may be among the largest in the United States. 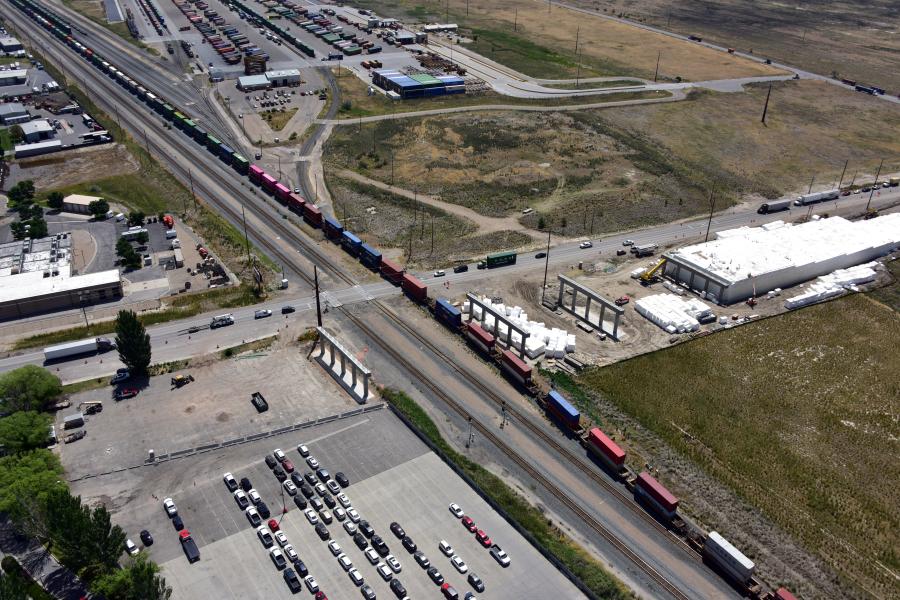 The current at-grade Union Pacific railroad crossing frequently causes traffic delays of an hour or more. The heavily truck trafficked industrial area is home to major shipping facilities, including Amazon, Federal Express and UPS. Work on the bridge began in January 2020, and is scheduled for completion in late 2021.

"There is discussion of an inland port in this area," said UDOT Project Manager John Montoya. "Containers are offloaded in the ports in California and put on trains. There is no inspection at that point. The inspection happens at the inland port, which is slated to be here. Even as it stands right now, there is a lot of industrial traffic. The rail crossing has been getting busier and busier, crossing 5600 in an east/west direction and cutting off traffic for an hour, even more. These trucks can't turn around and go another way.

UDOT opted to go with the Geofoam, first and foremost for its light weight.

Union Pacific is a partner on the bridge project, contributing about half of the approximate $10 million budget.

"The real biggest factor on Geofoam is the fact we have a major sewer line that is pretty old, about 17 feet down," Montoya said. "The 27-inch sanitary sewer line goes under the railroad, as well. If we were to build the bridge using traditional methods, we would put a lot of weight on that sewer line and ultimately crush it. To replace the sewer line would have cost $3 million."

The Geofoam also saves a significant amount of time in completing the bridge. Because soil at the site is soft, the contractor would have had to load the soil with surcharge — placing additional material on the existing ground — building it as high as the embankment, adding even more weight to speed the process along. The surcharge would also have to be drained, adding additional cost. 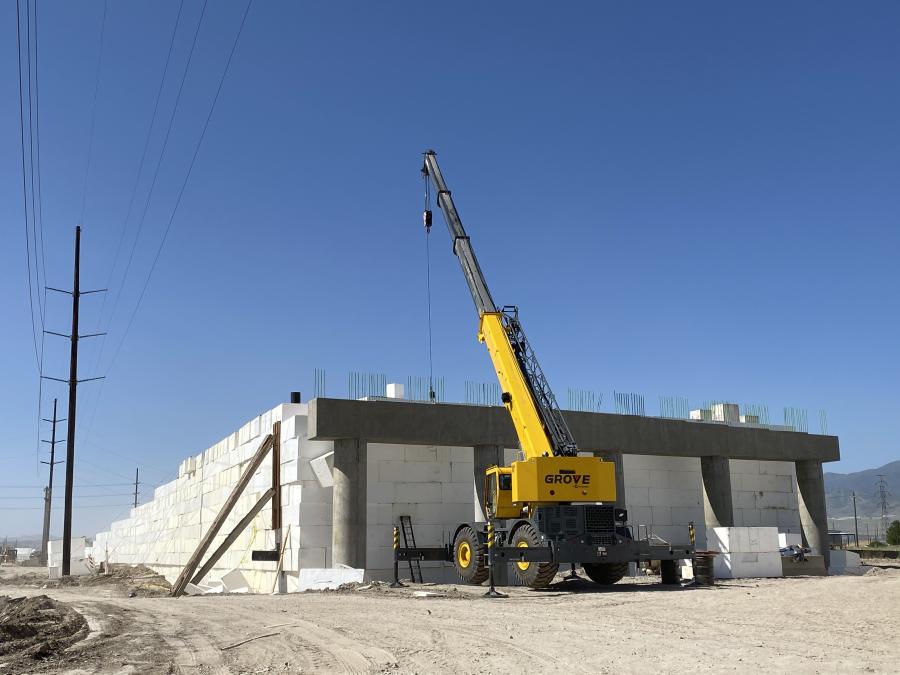 "We would have had to wait close to a year," Montoya said. "Geofoam allows no additional weight on the soils below, and it doesn't settle like dirt does. We calculated what the foam and roadway will weigh — the net loading on top — excavated out 3 to 4 feet, enough dirt to make up for weight for a zero net load. There is no additional weight on the sewer line below or native soils below, so no compression causing settlement. Basically, we took out enough heavy dirt and replaced it with super lightweight Geofoam. The entire embankment is probably one of the biggest geofoams UDOT's ever done. I don't know nationwide, but I've never seen this much Geofoam in one place."

Likewise, the supplier told UDOT it was the most it had ever seen used for a single bridge.

Crews are installing the 112,000 cu. yds. of Geofoam, supplied by Oracle and manufactured by Atlas Molded Products, using a 60-ton crane and forklifts. Geoform also was used for the I-15 reconstruction project in preparation of the 2002 U.S. Olympics.

In addition to the bridge project, the 5600 W. project also includes: