Cunningham Paving’s fleet of LeeBoy pavers are on the job providing dependable and productive service while achieving outstanding results.

Tim Cunningham started in the paving business filling potholes in shopping center parking lots with a wheelbarrow, a hand tamper and a pickup truck more than 30 years ago. He went on to launch Cunningham Paving Company, which was incorporated in 1987. The company is a true family business with his brother, Kevin, joining the organization shortly afterwards. Tim's sons, Tim Jr., Shawn and James, all eventually joined the company as well. 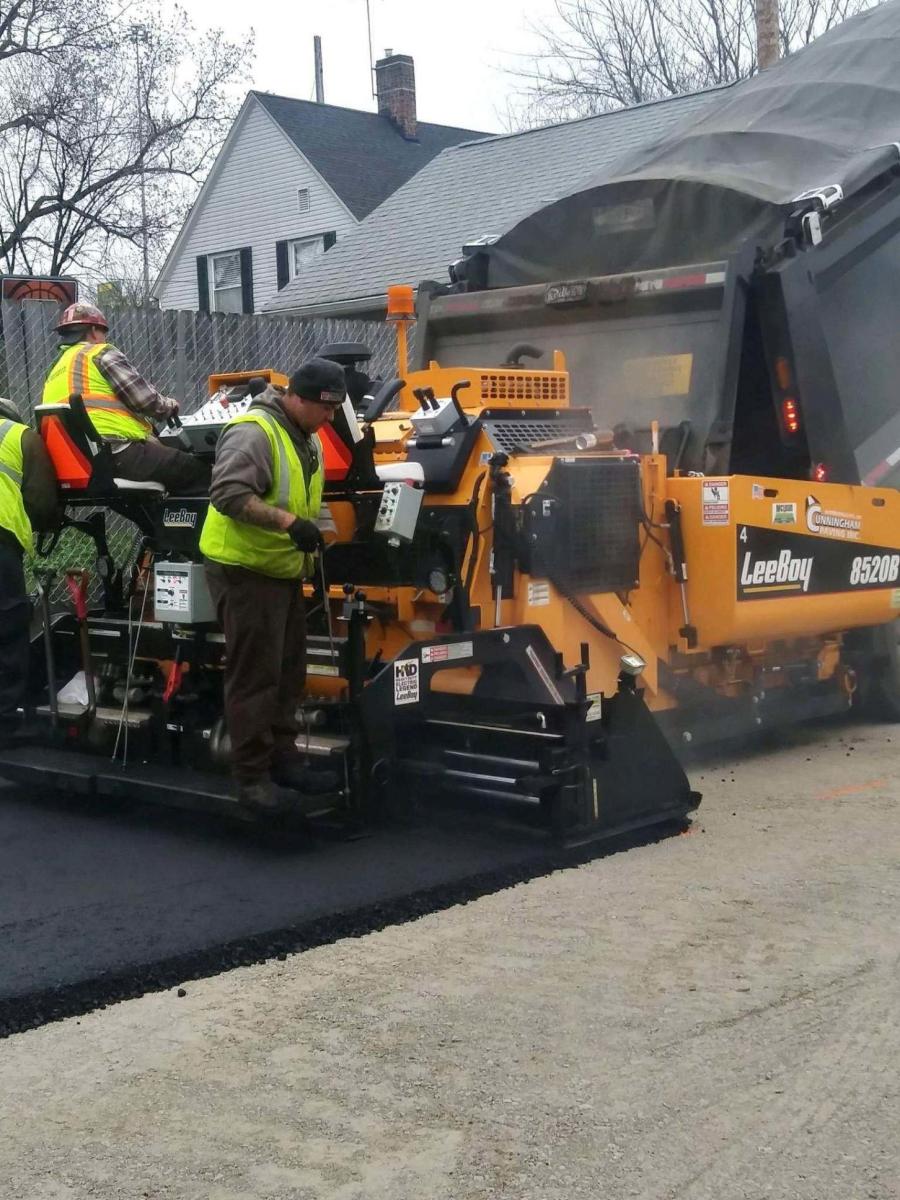 Cunningham Paving has grown to include a roster of more than 30 employees. Projects range from residential paving to large commercial projects throughout northeast Ohio. The company's work includes the installation and repair of roadways, parking lots, trails, bike paths, basketball and tennis courts for business owners; general contractors; local government; and institutions. Work ranges from pothole repairs to complete asphalt paving and from excavation through complete finished surfacing, including striping and signage. Cunningham Paving is licensed and registered in more than 75 communities within Cuyahoga, Lake, Lorain, Geauga and Summit counties.

According to the company's paving foreman, Dan Zuber, Cunningham Paving's growth and ongoing success are driven by teamwork, a focus on excellence and world class equipment. Zuber cites Cunningham Paving's fleet of LeeBoy pavers as a great example, stating that day in and day out, the company's LeeBoy pavers are on the job providing dependable and productive service while achieving outstanding results.

While Zuber offers high praise for LeeBoy pavers, he stated, "It's not only the product line, but the people behind it."

At the local level, Zuber said the service provided by LeeBoy's authorized Ohio dealer, the McLean Company, is one of the main reasons Cunningham Paving buys LeeBoy equipment. He said McLean Company sales representative Greg Zink is one of the best in the business.

"He's extremely knowledgeable, has a hands-on approach and is available whenever we need him, day or night," he said.

Zuber indicated how important that availability and quick response is to Cunningham Paving's business by explaining that the nature of the paving business often requires maintaining tight performance schedules and work that frequently extends beyond standard business hours. He added that, in terms of service, the McLean Company also has proven to be Cunningham Paving's most responsive equipment dealer. 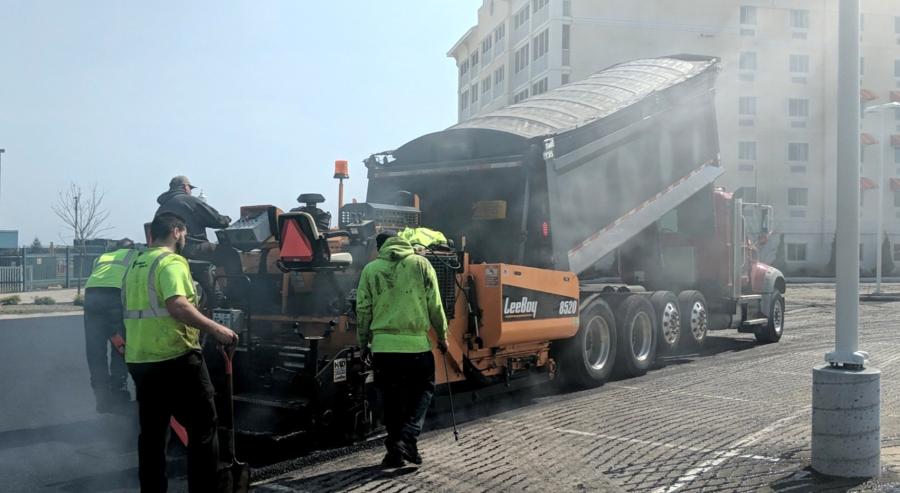 "They don't believe in long lead times for parts and service, if we need something, they're on it immediately to take care of any issues that arise," said Zuber.

Zink has been calling on Cunningham Paving for more than 20 years and has witnessed the company grow exponentially. He values the relationships he's developed with everyone at Cunningham Paving.

"As one of the largest commercial paving operations in Ohio, the company's peers look up to Cunningham Paving as an industry leader," said Zink. "Tim Cunningham's word is his bond. Tim's hobby is work, he has a passion for paving that influences and is shared by everyone within the organization."

He's also found that Zuber brings an exceptionally high level of enthusiasm and a strong work ethic to his job. Throughout Zuber's decade-long tenure with Cunningham Paving, he's not only worked closely with representatives from the McLean Company, he's also maintained close contact with individuals at LeeBoy, including Tony Wight, territory manager.

"Wight is extremely accessible and eager to assist, whether it's to help problem solve an issue with a given machine's operations or in hearing recommendations about potential design enhancements," said Zuber. 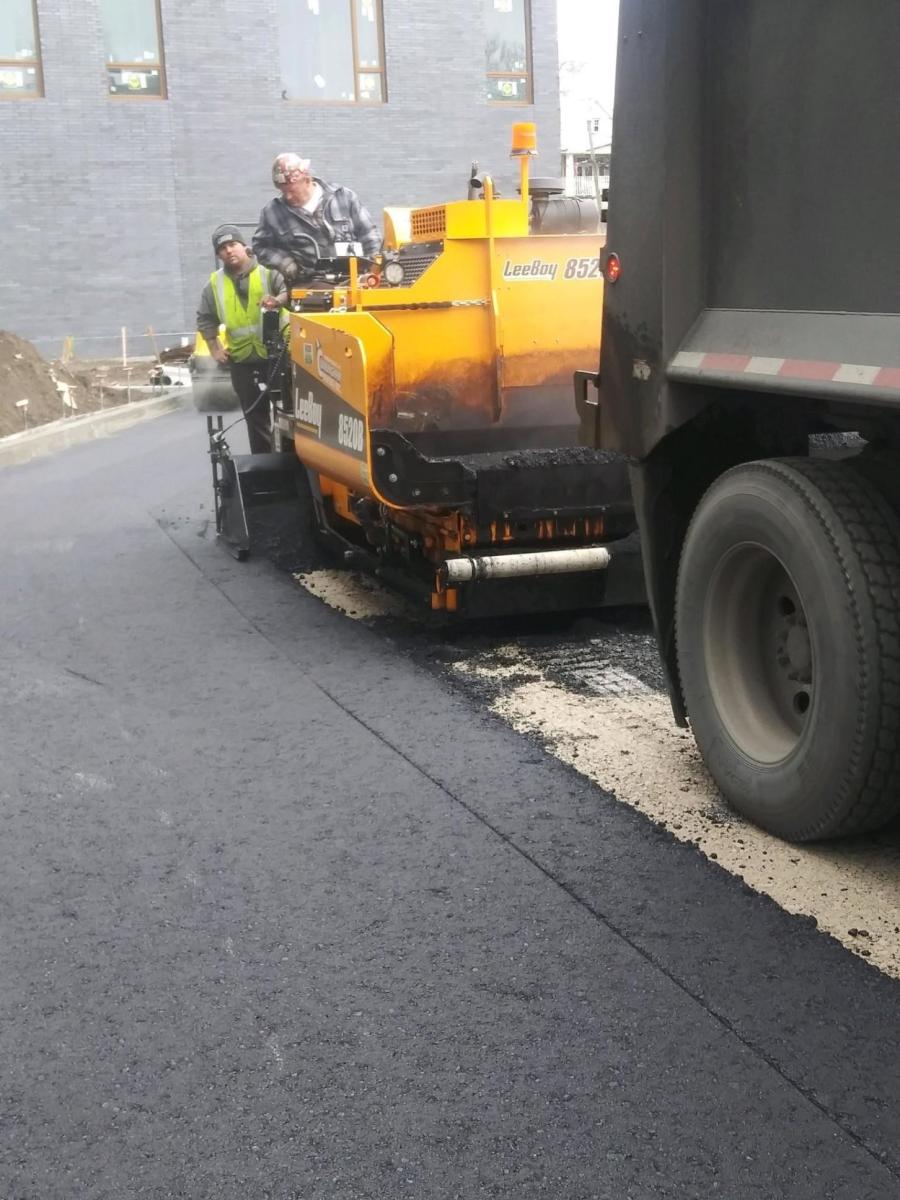 Zuber recently joined the McLean Company's Zink along with Tim Jr. and Kevin Cunningham for a factory tour of LeeBoy's manufacturing facility in Lincolnton, N.C. The group was impressed with the operation and Zuber states that his opinions about LeeBoy and the equipment it manufactures were confirmed by what he saw at the factory.

During the tour he had the opportunity to get a close-up review of LeeBoy's new 8530 heavy-commercial asphalt paver. According to Zuber, the 8530 incorporates many new design features that directly address everything the commercial paver could ask for. He feels that LeeBoy's research and development team went above and beyond with the new 8530, saying that the machine is built to last and its features and capabilities put it in an extremely favorable position when matched up against its competitors.

Zuber was enthusiastic about the new LeeBoy 8530 heavy-commercial paver citing the following features:

During the factory tour, Zuber also was impressed with LeeBoy's ongoing drive toward constant improvements in its manufacturing process and product outcomes. As a proponent of American-made equipment, he welcomed the fact that LeeBoy has initiated self-imposed quality and efficiency standards that include bringing the manufacture of key components in house as opposed to outsourcing. 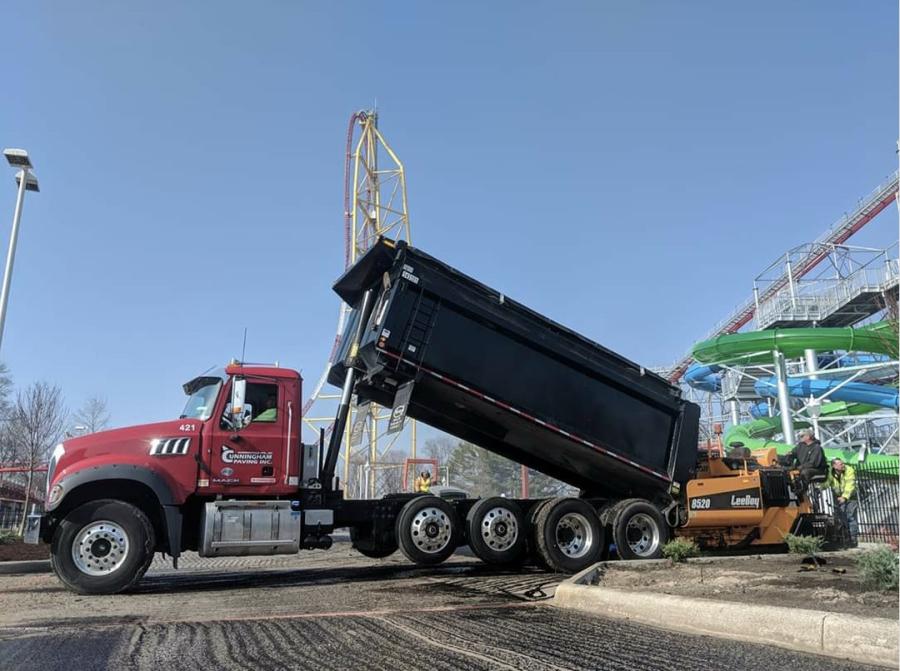 The company recently made several investments in equipment to improve product quality and vertically integrate manufacturing processes. These including a 6,000-watt fiber laser and CNC press brake. Other recent manufacturing investments include insourcing all electrical harnesses and control panels as well as creating a hydraulic hose cell. Top-of-the-line equipment was purchased for these work cells and that shows in machine reliability. The manufacturing equipment improvements have all been geared toward improving quality, reducing cost and reducing supply shortages to production lines.

Zuber learned that LeeBoy's commitment to increased efficiency includes such details as locating its in-house service department between the engineering department and production for greater access to both product information and parts.

He also said that LeeBoy has been an industry leader in paving equipment, setting the standard for others to follow.