The four-day event, which begins Aug. 23, is taking place at Caterpillar’s Demonstration and Learning Center at Bradley University in Peoria, Ill. 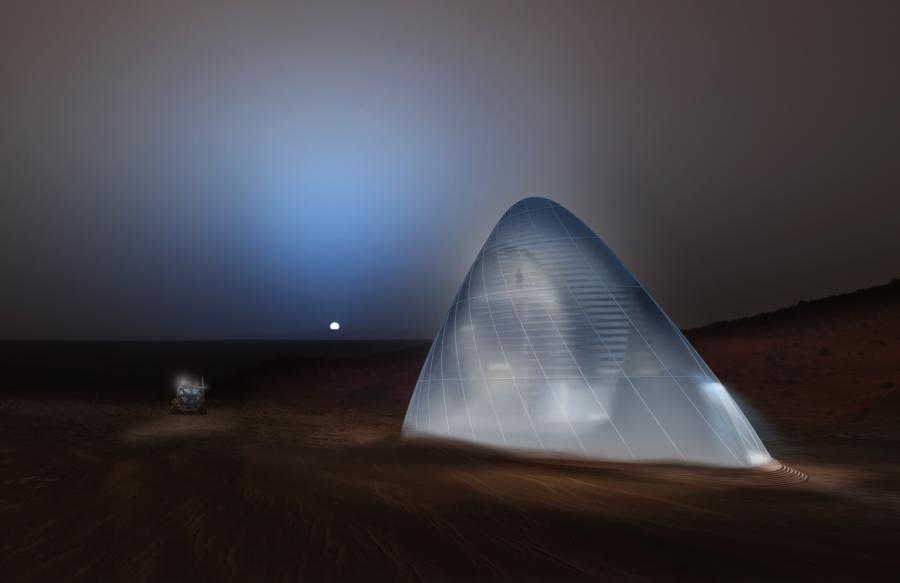 The team that won the 2015 challenge created this Mars Ice House.

Caterpillar is sponsoring NASA's 3-D Printed Habitat Challenge, where teams will compete to build structures that could one day be used in construction on Mars.

The four-day event, which begins Aug. 23, is taking place at Caterpillar's Demonstration and Learning Center at Bradley University in Peoria, Ill. While there, international teams that specialize in large-scale, 3D printing for industrial applications will attempt to make the strongest structural components, including beams, cylinders, cones and domes, the Journal Star reported. This particular event is the second of three phases in the competition; after this portion is complete, the teams will have to scale up their designs and build the structures large enough for a person to inhabit. The structures will be tested by piling weights on them until they break, the Journal Star reported.

“You take a small 3D printer and you make it the size of a building,” said Lex Akers, dean of the Caterpillar College of Engineering and Technology. “It's very complex.”

What's more, the teams must use natural resources similar to what would be available on Mars' surface, and can only include minimal water in their design. In addition, the teams can use plastic waste that would be left over from space missions.

A team from Branch Technology in Chattanooga, Tenn. has been experimenting with different polymers for the challenge. Although they have experience using plastic binding agents, these don't always translate to larger structures, the Journal Star reported.

According to Eric Reiners, Caterpillar's program manager for automation and site technologies, experiments like this for Mars construction will lead to discoveries for everyday applications as well.

The winner of the challenge will receive $250,000, plus the potential to create the foundation for technology that would allow for construction on Mars.