The $400 million Daytona International Speedway project was completed in less than 30 months and allowed for continued race events and visits from 750,000 fans throughout the course of the project. 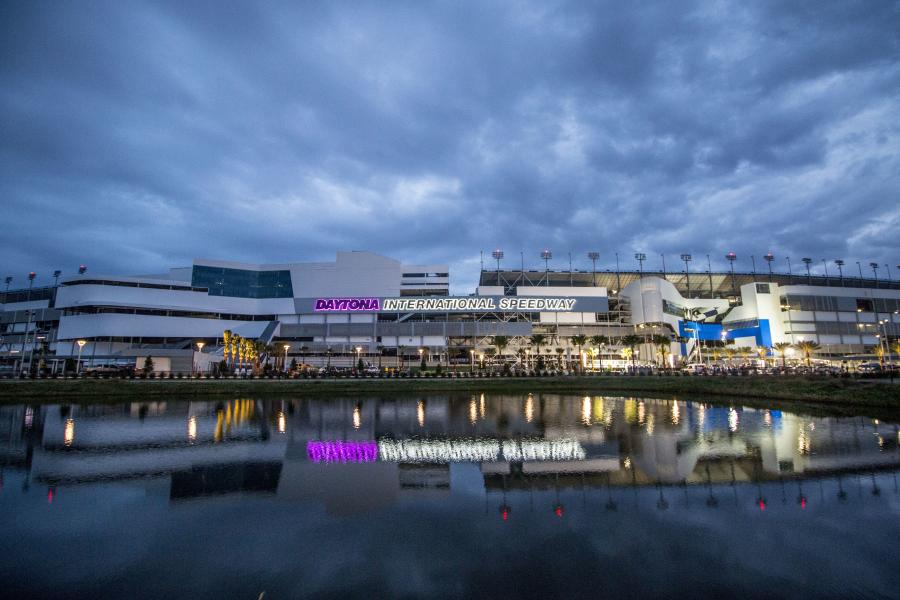 The $400 million Daytona International Speedway project was completed in less than 30 months and allowed for continued race events and visits from 750,000 fans throughout the course of the project.

The renovation of the Daytona International Speedway's grandstand was the most significant construction projects of 2016, the Associated General Contractors of America announced. As a result, the project's contractor, Southfield, Mich.-based Barton Malow Company, received the association's Alliant Build America Grand Award, as well as the award for the best utility infrastructure renovation project of the year.

The $400 million Daytona International Speedway project was completed in less than 30 months and allowed for continued race events and visits from 750,000 fans throughout the course of the project. The project design considered sight lines for every race fan, and reduced the existing 145,000 seats to 101,500. The project scope also included dismantling and reconstructing the suite and race operations areas, as well as the press tower, without interrupting race activities.

“The Alliant Build America Award recipients inspire and propel the construction industry; building exceptional projects, shaping America's future and creating opportunity within our communities,” said Peter Arkley, senior managing director, Alliant Insurance Services. “We congratulate this year's winners — including Alliant client Skanska — as well as all of the other nominees for their commitment to excellence.”

The association also released a new report analyzing the elements that made the winning projects so successful. The report found that the successful contractors are using new technology, sophisticated scheduling and innovative collaborative techniques to cope with difficult construction environments, tight timelines and lean budgets. The association is distributing the report to its members so other firms can benefit from the lessons these projects and their contractors have to offer.

The Alliant Build America Awards highlight the nation's most significant construction projects. A panel of judges, representing all areas of construction, evaluated an impressive number of submissions this year, assessing each project's complexity, use of innovative construction techniques and client satisfaction, among other criteria. The awards, which were announced during the association's annual convention in Las Vegas, are considered by many to be the most prestigious recognition of construction accomplishments in the United States.