Deep Inside a Mountain, Construction Continues on 10,000-Year Clock 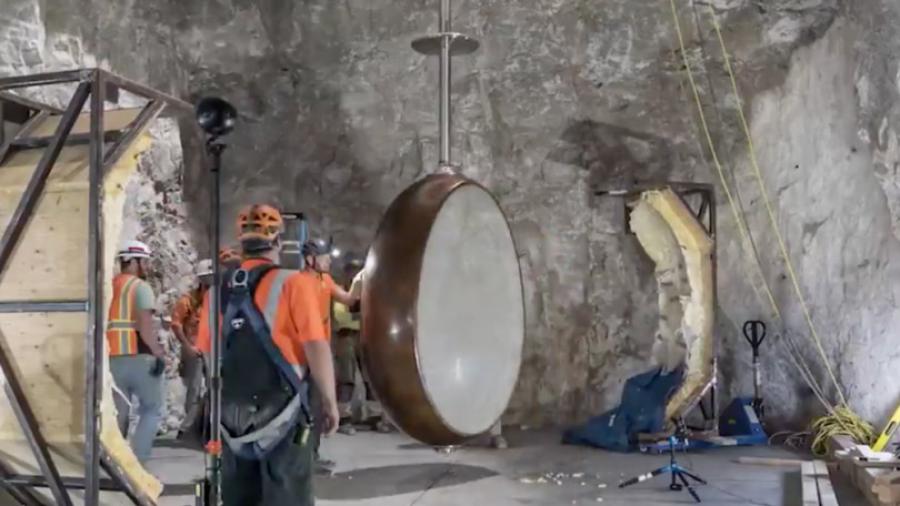 In an announcement via Twitter on Feb. 20, Bezos said that crews have started to install the 500-ft.-tall clock within the mountain.

Amazon's founder, Jeff Bezos is focused on more than just choosing a location for the company's HQ2 these days. He's lately been busy with his side project—a 10,000-year clock built inside a hollowed-out mountain in the Sierra Diablo mountain range in Western Texas.

In an announcement via Twitter on Feb. 20, Bezos said that crews have started to install the 500-ft.-tall clock within the mountain. Danny Hillis created the concept for such a clock in 1989, along with the Long Now Foundation that has been instrumental in creating the massive timepiece, Bezos has been involved for the past 12 years, and has contributed at least $42 million.

Check out the video here:

The clock itself is meant to be a symbol of long-term thinking, SeattlePi reported.

“As I see it, humans are now technologically advanced enough that we can create not only extraordinary wonders but also civilization-scale problems,” Bezos said on the project's website. “We're likely to need more long-term thinking.”

According to Bezos, the clock will keep time for millennia by using day and night thermal cycles, and will chime daily with a different bell sound. In addition, crews are building a series of “anniversary” chambers which will feature displays depicting different historical events, SeattlePi reported. The one-year chamber will include a model of the solar system and all of the space probes from the 20th century. However, crews will not build displays for the 100, 1,000 or 10,000 year anniversaries, choosing instead to allow future generations to complete these, the Daily Mail reported.

It will be years until the clock's construction is complete, but even when it is, visitors will have a hard time gaining access to it. Hours away from the closest airport, interested parties will have to hike to get to the entrance “2,000 feet above the valley floor,” according to the project's website.

Swaggart Brothers, Inc., of Hermiston, Ore., has been completing the construction aspects of the project; Seattle Solstice of Seattle have created a special saw that will cut a spiral staircase from stone inside the clock's chamber; and Penguin Automated Systems, Inc., of Ontario, Canada, has helped with the underground site development.