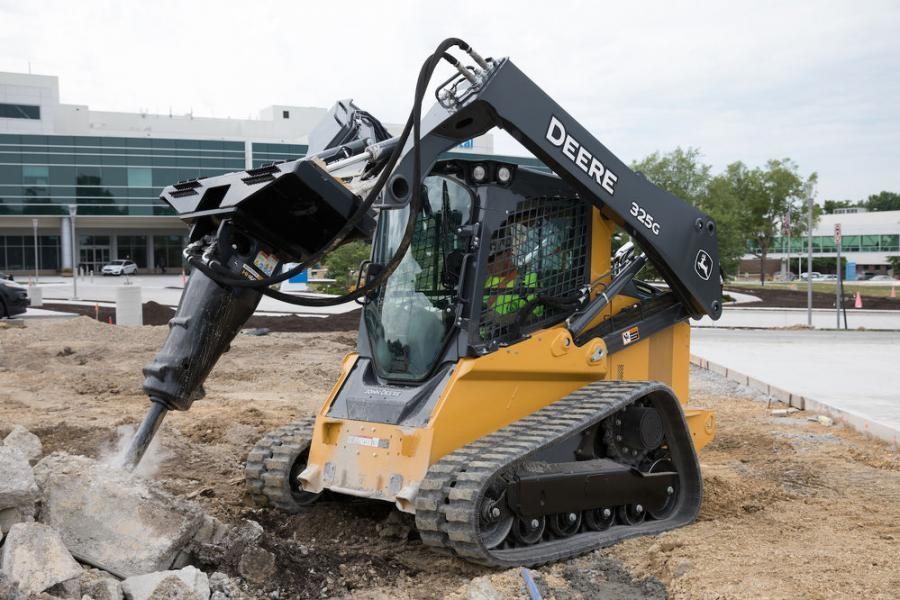 The maker of agricultural and construction equipment reported a 46 percent boost in profit, to $784.8 million, or $2.42 per share. Earnings, adjusted for pretax gains, came to $2.30 per share, 14 cents short of industry analyst projections, according to a survey by Zacks Investment Research.

The weaker-than-expected results sent shares lower as the market opened, but the stock quickly recovered as the company stated an upbeat outlook for equipment demand. Shares rose $5.14, or 3.7 percent, to $143.82 in midday trading.

The maker of agricultural and construction equipment reported a 46 percent boost in profit, to $784.8 million, or $2.42 per share. Earnings, adjusted for pretax gains, came to $2.30 per share, 14 cents short of industry analyst projections, according to a survey by Zacks Investment Research.

Revenue jumped 17 percent to $9.42 billion, driven by gains from the purchase of The Wirtgen Group, a construction company, late last year. Adjusted revenue of $8.34 billion fell short of Street forecasts for $8.59 billion.

"While many famers believe these issues will be resolved before next year's harvest, there is no doubt trade concerns have had an impact on farmer sentiment," said John C. May, president of Deere's agricultural solutions unit.

The company expects a 7 percent boost in revenue in 2019, and profit of about $3.6 billion. Demand for equipment replacement continues to drive order activity, said John D. Lagemann, senior vice president of sales and marketing in the Americas. He said farmer and dealer sentiment remain "cautiously optimistic."

"Key to this gradual recovery is either the continuation of trade flow readjustments," he said, or "a trade resolution between the U.S. and China."

Deere also expects continued growth in the U.S. housing market, along with economic growth worldwide, which would help to drive revenue at its construction unit.

There have been tremors in the home construction sector, which may also be driving some investors away.

The Commerce Department reported this week that while home construction improved a slight 1.5 percent in October, but in a troubling sign, ground breakings for single-family houses fell. That can serve as an indicator of things to come.

Housing has stumbled in recent months as mortgage rates have climbed, putting the ability to buy a home or move up to a nicer property out of reach for more Americans. A sharp increase in mortgage rates has led to a marked decline in home construction since May, such that ground breakings have fallen 2.6 percent over the past 12 months.

Deere shares have fallen 11 percent since the beginning of the year, while the Standard & Poor's 500 index has decreased 1 percent. The stock has risen 1 percent in the last 12 months.