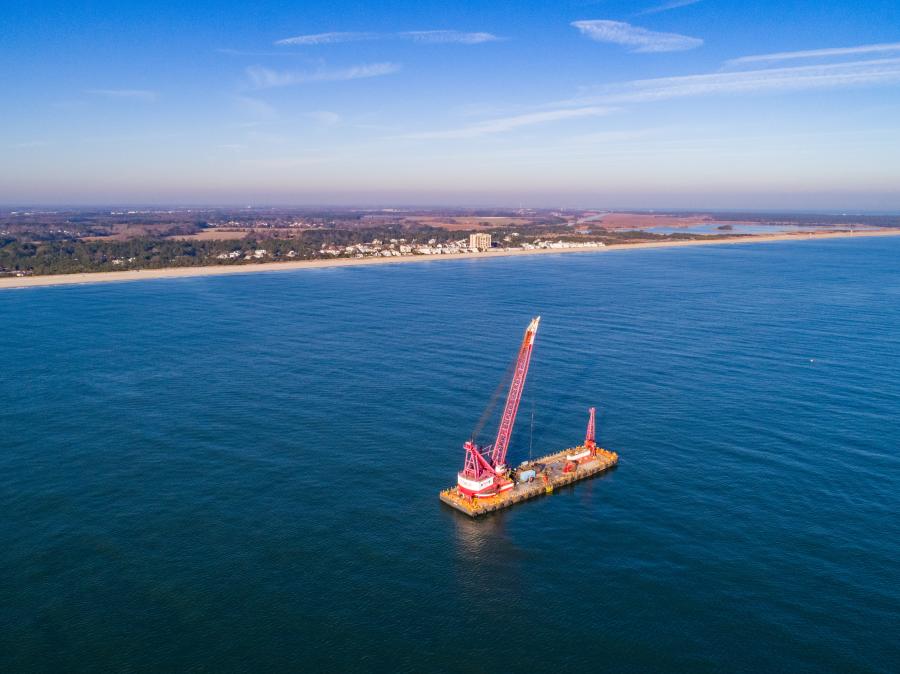 The original facility was constructed in the mid-1930s. There were complete upgrades for biological nutrient removal in 1959, 1987 and 1994. (GHD photo)

In Delaware, a $52.5 million project that will eliminate the discharge of treated effluent from the Rehoboth Beach into the Lewes-Rehoboth Canal is under way. The city of Rehoboth Beach is overseeing the effort.

“In 1998, the Delaware Department of Natural Resources and Environmental Control (DNREC) adopted a regulation for the Inland Bays known as a Total Maximum Daily Load (TMDL),” said Krys Johnson, communications director, city of Rehoboth Beach. “The TMDL identified the nutrients nitrogen and phosphorus as impairing the Inland Bays, and ordered reductions of these nutrients entering the bays. The treated wastewater from our wastewater treatment plant contains relatively low levels of these nutrients; however, the TMDL requires the complete removal of the city's nutrients from the Inland Bays Watershed.”

The city of Rehoboth Beach is required, under the terms of a consent order from DNREC, to eliminate the discharge. Following detailed studies and the evaluation of all options, officials proposed an ocean outfall in order to comply with that order.

There are basically five elements to the project. They include an ocean outfall that will discharge the city's highly treated wastewater over one mile from the shore, a new effluent pumping station within the site limits of the existing wastewater treatment plant and a force main running north from the wastewater treatment plant along the edge of canal, in Right of Way of USACE Lewes-Rehoboth Canal, along Roosevelt Street to DE-1B, under Rt. 1 Bridge, to State Road to Canal Street, under Rehoboth Avenue and Grove Park, and in Right of Way of Henlopen Avenue to the Deauville Beach parking area.

The undertaking, with a timeline limited by environmental regulations, requires changing the disposal of bio solids (treated sewage sludge that meets EPA requirements) generated at the treatment plant from land application of Class B to drying as Class A. Treatment plant improvements and reliability upgrades also are being made. 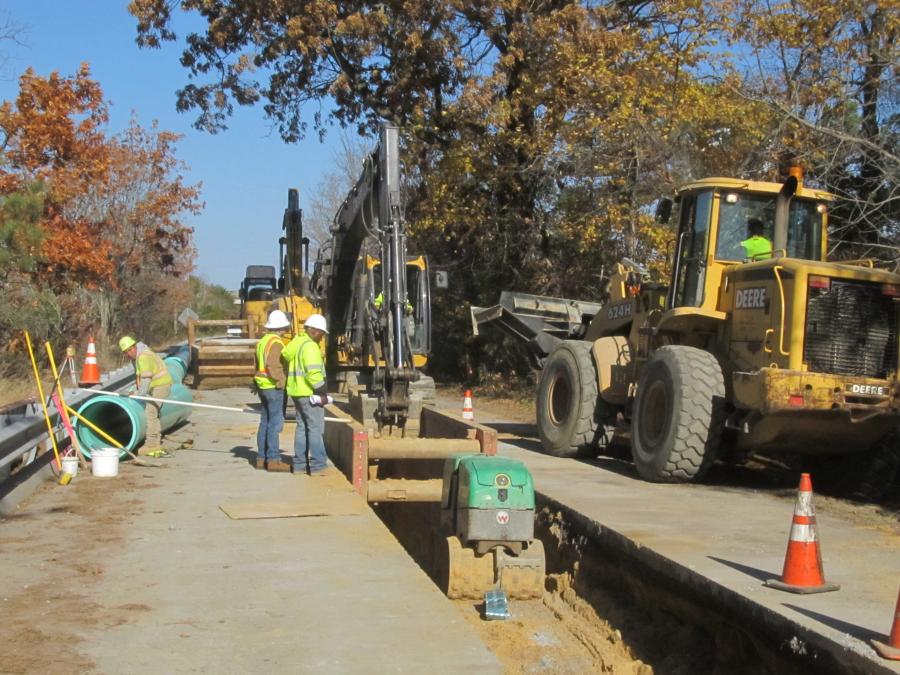 The original facility was constructed in the mid-1930s. There were complete upgrades for biological nutrient removal in 1959, 1987 and 1994. The current treatment plant went into operation in 1987. Since that time, the plant has operated non-stop. It was determined that many of the pumps and mechanical equipment needed to be replaced, along with the roofs on the buildings.

Various steel structures required new paint and the final effluent filters had to be swapped out for newer versions featuring an updated design and easier operation. A new main electrical switch gear was deemed necessary, along with a generator that can power the treatment plant in the event of a power failure.

A new pump station and a force main/pipe are needed to convey the treated effluent to the ocean outfall, and to provide the head required to pump the effluent through diffusers located offshore in water roughly 40 feet deep. Vertical turbine effluent pumps will be installed in the existing post-aeration tank. The force main will be aligned along the plant access road and end at the public access parking area at the beach near Henlopen Avenue.

“The key to the success of the ocean outfall project lies in a structural process that's adaptable to real-time changes and unexpected situations and skilled professionals,” said Johnson. “Completing large construction projects on time and on budget depends on a high degree of synchronization among many stakeholders. Our entire team believes in, and practices, collaboration. Construction projects are never really easy, as they require a lot of back-end support from scheduling contractors and site visits to material management, change order requests, design reviews and much more.”

The pipeline from the Rehoboth Beach wastewater treatment plant to the ocean outfall was sized to handle the summer peak flow. As part of the overall project analysis, a detailed alignment study was completed to determine the best routing of the force main, considering environmental issues, cost, permitting, possible interferences, traffic control and public concerns.

Voters approved the borrowing of funds for the project in a June 2015 special referendum. The city currently has commitments from the clean water state revolving fund to finance the outfall and plant improvements at an interest rate of two percent and for terms of 25 and 20 years, respectively. The city owns the wastewater treatment plant, and, in order to control the schedule and avoid delays, it was decided officials would pursue a loan. The city will recover from other entities their proportionate principal and interest payments through periodic billing.

Johnson acknowledged that residents are feeling the effects of the ongoing construction, but are dealing with the inconveniences.

“The force main project directly impacts property owners,” said Johnson. “The city has contacted all property owners along the route, and communicates weekly to them with construction updates. The communications department is always available to answer questions, along with a project update page on the city's website, social media posts and press releases. The city held a town hall this past September, where residents were provided information about the construction sequence of the project by the city, GHD and the contractors.”

Assuring the community that the project is environmentally safe has been another important consideration.

“In 2002, the city signed a consent order with the state of Delaware, entered in the Delaware Superior Court, agreeing to study effluent disposal alternative and implement the selected alternative,” said Johnson. “The city investigated four possible alternatives — ocean outfall, spray irrigation, rapid infiltration beds and deep well injection. After exhaustive studies by experts, along with presentations and public hearings, the commissioners unanimously selected ocean outfall as the best option to meet the TMDL.”

In January 2015, DNREC concurred with the city's assessment that ocean outfall is the most environmentally and financially responsible alternative when the Secretary of DNREC issued an official decision.

Said Johnson, “DNREC stated: 'Specifically, the ocean outfall is the only alternative that assures 100 percent of nutrients from the Rehoboth treatment plant are eliminated from the Inland Bays watershed. Any land application alternative, including constructed artificial wetlands, would result in wastewater discharges to either ground or surface waters, continuing to add nutrients to the Inland Bays. Likewise, locating a treatment facility in the adjacent Broadkill River watershed would also continue to add nutrients to a system already impaired by nitrogen and phosphorous'.”

GHD is the engineering firm in charge of the endeavor. According to GHD project manager Brandon Gott, the construction required is far from typical. Hiring seasoned individuals is critical.

“It's very important to find a contractor with prior experience in this type of work. A pre-selection process was undertaken by the city of Rehoboth and GHD. Contractors were expected to provide experience associated with marine excavation, ocean horizontal directional drilling with shore landing and subsea penetration, undersea pipeline anchoring, use of floating and/or jack/up barges and use of ocean mitigation techniques for environmental protection.”

One of the biggest obstacles on the project has involved paperwork.

“The U.S. Army Corps of Engineers individual permit and DNREC wetlands and subaqueous land section permit both have various water work time of year restrictions, due to regulatory requirements,” said Gott. “Completing the open water work before the permitted April 1, 2018 deadline is challenging, as it is dependent on weather.

Work on the project began last fall. Final completion is expected in the coming months. There are no varying phases.

The horizontal directional drill [HDD] portion of the outfall project is currently ongoing. The driller is reaming the bore hole at this time. Precast concrete mattresses also are being placed over the top of the marine open trench pipe. The pilot bore hole, marine trench excavation, open-cut marine trench pipe installation and diffuser assembly installation have all been completed on schedule.

Installation of the force main pipe involves a 24-in., 11,400-ft.-long pipe that will lead from the wastewater treatment plant to the Atlantic. It will travel approximately 6,000 ft. off the beach before diffusing treated wastewater into the ocean deep below. The high-density polyethylene pipeline will be installed via horizontal direction drill approximately 3,000 ft. and marine open-cut trench approximately 3,000 ft. Once the pipe is anchored in place with concrete collars, the open-cut trench can be backfilled. The terminus of the outfall pipe consists of a 120-linear ft. diffuser comprised of eight risers, 1.5 ft. above the ocean floor, with four discharge ports per riser.

In addition to the installation of the HDD pipe, the tie-in connection between the HDD pipe and the open-cut trench pipe must be carried out, along with final backfill of the trench and the diffuser duckbill valves installation. For excavation and installation of the outfall pipe, crews are using a crawler mounted lattice boom crane with a 14-cu. yd. bucket; a derrick barge; a M76 barge; a tug boat; marine vessels; drilling rig; mud pumps; an excavator; and forklift. 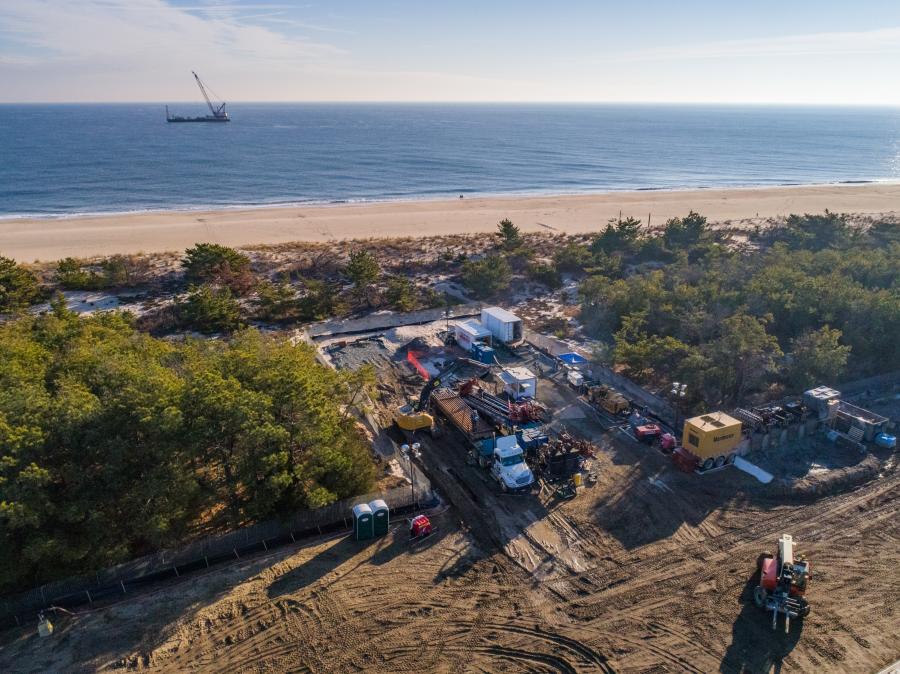 All marine vessels/barges are moored near Lewes, Del., and travel around Cape Henlopen when needed for marine work. Land-based equipment is delivered via tractor trailers.

Performing the various tasks can be tedious.

“The most time-consuming part of the work involves planning installation of the marine tasks and fusing the high-density polyethylene pipe strings. The cold weather makes this work a little slower than typical,” said Gott.

All traffic is being maintained around the construction zones. Maintenance of traffic standards established by DelDOT is being used for traffic control, including signage and protective barriers set up to protect the public. Traffic impacts are minimized as much as possible, although there have been some delays.

Crews are mindful of the work at hand, and don't take any chances on the job.

The project has not been without a few glitches. Dewatering was temporarily suspended while a potential contamination issue was investigated. Laboratory analysis confirmed that concentrations were very low and safe for discharge to the environment. The contractor also had to re-feed two active circuits that were being fed from Building B-4 and proceeded to complete electrical demolition work to clear space for the new pump control equipment.

Gott noted that crews also have had to battle the elements.

“Weather has definitely been a factor, given the snow storms we had the past two months. This slowed directional drilling and ocean work. We hope it will not continue to be an issue.”

As for the amount of water coming out of the outfall, the current plant peak weekly flow varies. During the summer months, the flow is around 2 million gal. per day and tapers off during the winter.