Demolition Work Kicks Off Effort to Build a New City Hall in Huntsville, Ala. 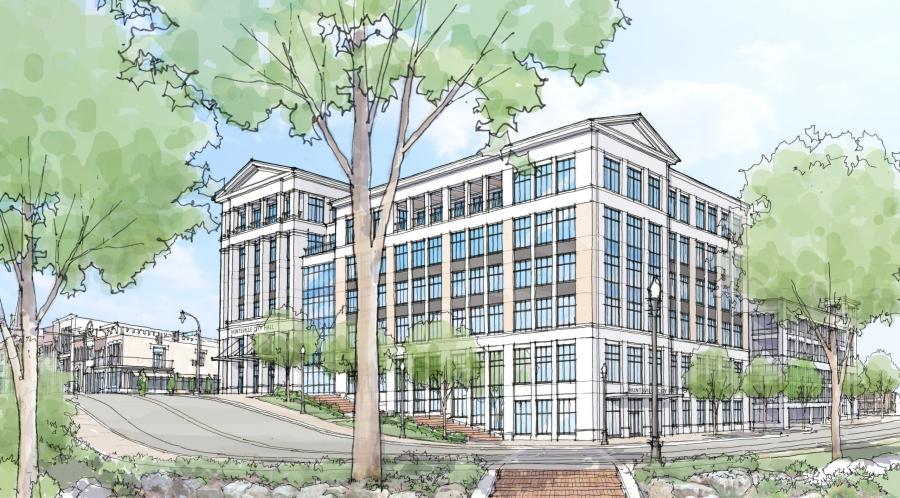 The first step in building a new Huntsville, Ala., City Hall project started earlier in February with the demolition of the old parking garage on Fountain Circle, a process expected to last 60 to 90 days.

The work comes on the heels of the Huntsville City Council approving the $76.8 million construction in December for a new city hall and parking garage set to be built on the site of the former downtown parking structure.

The council's resolution gave Mayor Tommy Battle permission to enter into an agreement between the city and Turner Construction Co., a national firm with an office in Huntsville, to build the new City Hall and parking deck project.

"This is a legacy project for the city as a whole," he said in a statement. "This is a structure that will stand for at least the next 75 years and have a huge impact on downtown Huntsville."

Parking Directed to Other Decks and Lots

The old deck was closed in January before being fully fenced off with bulldozers standing by a couple of weeks later. City parking officials told WHNT News 19 that leading up to the closure, and due to growth within the city, other decks and lots have been expanded to handle the traffic.

"There is a lot of construction going on in downtown Huntsville," Quisha Bryant, the city's director of parking and public transportation, told the Huntsville television station. "We are lucky in that we are growing and [doing so] at a great pace. We have recently opened a new side to our Garage M, which is directly across the street from the civic center. So, we've greatly increased our parking space numbers over there."

New City Hall Will Be a Big Upgrade

The new seven-story municipal building itself will span 170,000 sq. ft. and serve 365 employees. Huntsville city officials expect construction on the City Hall structure to begin this summer before finishing in about two years.

The adjoining parking deck will provide 568 spots, with the first floor designed for the public and the remaining six floors reserved for city use, WHNT News 19 reported.

Unlike the current City Hall, the new municipal structure will group interrelated departments to make it easier for citizens to conduct city business. In addition, it will offer room for growth, city officials told the TV station.

The Huntsville City Hall building now in use was constructed in 1963, but, according to Wilkinson, the 61,000-sq.-ft. facility has multiple problems, including:

The current 512-space parking deck, built in 1965, also has issues that would require attention if it continued to be used, such as poor structural integrity, a need for code updates, inadequate electrical service and elevator serviceability.

He told WHNT News 19 that the folks working in City Hall are excited to see the project come to life, and eventually see the community be able to interact with it as well.