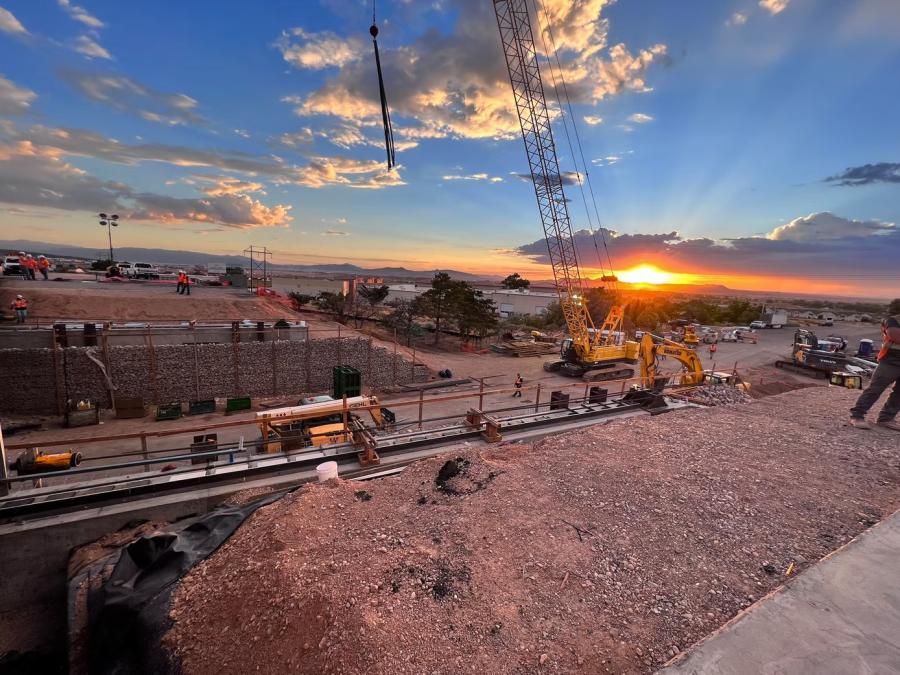 Wadsworth Brothers Construction, along with the Utah Department of Transportation, successfully slid a 1-million-lb. bridge deck in one night in Cedar City with the help of Dawn dish soap. (Photo courtesy of UDOT.)

Working with the Utah Department of Transportation, the Draper-based general contractor managed to slide a 1.1-million-lbs. bridge on I-15 in Cedar City over East Nichols Canyon Road in July. 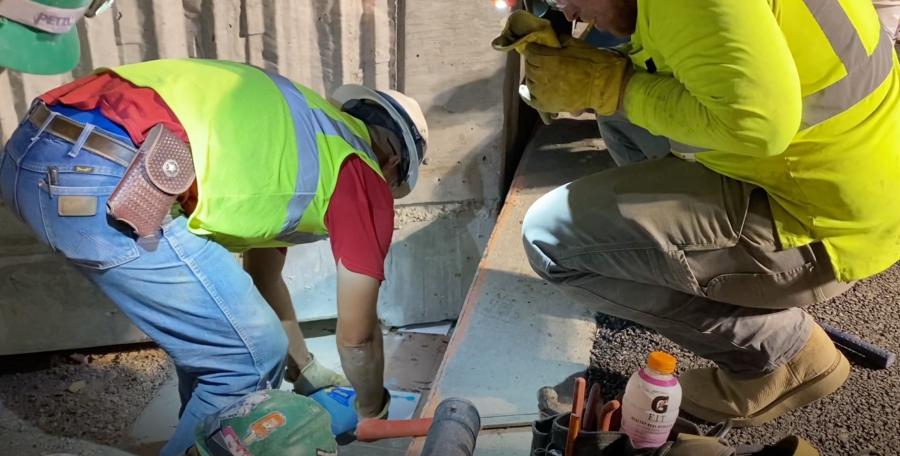 A 3-mi. portion of I-15 was closed to southbound traffic overnight for approximately nine hours. It took a lot of hard work, ingenuity and a little bit of Dawn dish soap to get the slide completed and I-15 reopened to traffic by 6:00 a.m. the next morning.

The bridge slid into place using hydraulic jacks attached to bolt devices placed underneath the bridge. Due to its slippery coating and ability to adhere, Dawn dish soap was used to cover the sliding devices — Teflon pads — placed between bridge and span abutments.

The bridge's concrete was made with fibers to give it extra binding strength to extend the life of the structure.

UDOT engineer Tyrell Wood described the bridge as deteriorating with potholes and cracking girders underneath.

"They weren't falling apart yet, but they were headed there," Wood said, noting "the bridge deck was in pretty sad shape."

"We wanted to maintain travel on I-15 to keep two lanes open to traffic because I-15 is very dependent on commercial traffic and regular residential traffic through southern Utah," Wood said in an interview with Transit Topics. "We really had to put our brains to the test to make this one work since it was pretty technical," Wood said. "We did it [the slide] in 2½ hours. It was supposed to take about six." 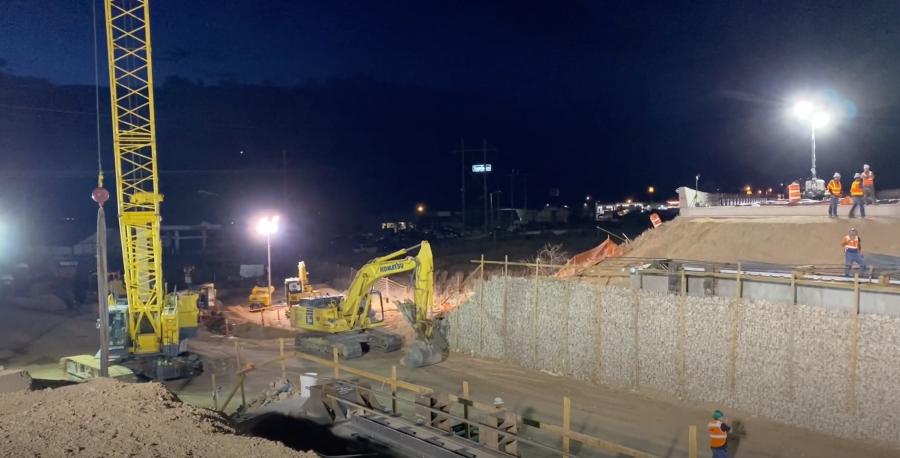 "From a UDOT perspective, we're always looking for innovative ways to minimize inconvenience and cut down on delays. It's not innovation for the sake of innovation," UDOT's Mike Gleason said in an interview with Transit Topics. "It's really something that makes a difference to people in their lives. Nobody wants to be stuck out on the freeway or trying to navigate major congestion. If we can alleviate some of that by using innovative construction means, then that's something we're interested in to help all of our road users."

Several students and their professors from the Southern Utah University Engineering and the construction management program were invited to observe the slide on site.

The next phase of the project will focus on improvements to East Nichols Canyon Road. The road is expected to be open mid-August and the project fully completed by mid-September.