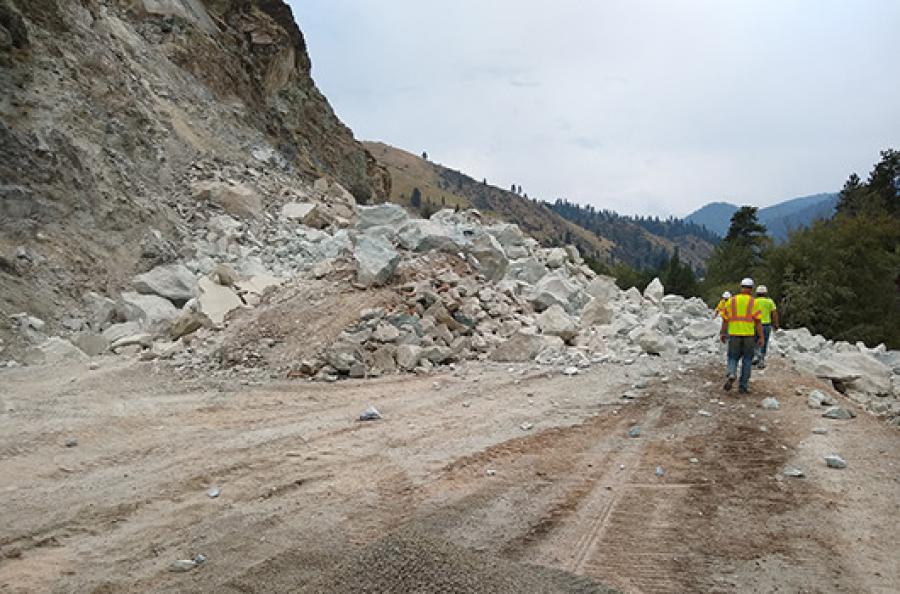 Drilling is the first step in the process of safely removing material from the slope. An estimated 14,000 cu. yds. will be removed by dynamite in one blast.

Drilling began on Aug. 20 at the U.S. 95 slide south of Riggins. This is part of the long-term repairs, which will involve controlled blasting and reinforcing the rock face, that are planned for completion in late October. The unstable slope has affected traffic on the highway since it first slid on July 3 and then again on July 10.

Repairs are expected to cost $3 million and will be completed by Scarsella Brothers, Inc. out of Seattle.

Drilling is the first step in the process of safely removing material from the slope. At the same time, crews will rebuild the rock berm to catch debris during blasting and shield traffic from unexpected rock fall.

"Once those two steps are completed, then we can proceed to blasting," Operations Engineer Jared Hopkins said. "Drivers won't be affected until we blast, which is not scheduled until early September." 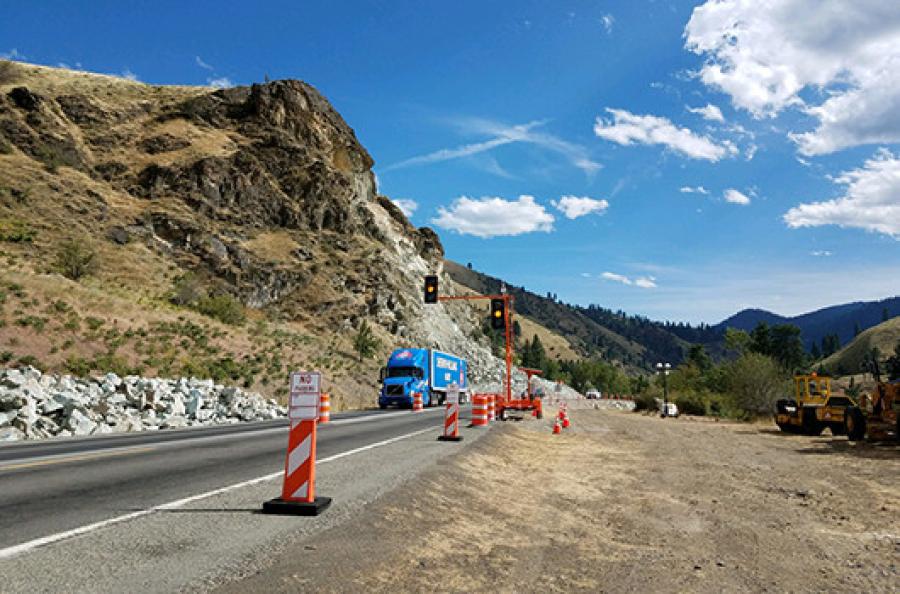 An estimated 14,000 cu. yds. will be removed by dynamite in one blast, during which there will be no access through the area on the detour around the base of the slide or on Old Pollock Road. More information will be released when a final date is set.

After blasting, crews will clear the detour around the base of the slide. Geotechnical experts will finish dislodging any loose material before using steel bolts to secure the remaining rock in place. Wire fencing will be positioned to cover the surfaces between bolts, and drains will also be installed.

"Reinforcing the slope with bolts and fencing will be the most time-consuming task but will not impact traffic," Hopkins said.

Once work on the rock face is complete, contractors will dismantle the berm, repair US-95 and remove the detour around the base of the slide.

"Over the next two months, drivers should expect intermittent closures on U.S.-95 or Old Pollock Road," Hopkins said. "We will alternate between the two routes to accommodate traffic, with a complete closure of both only planned for the day we blast."