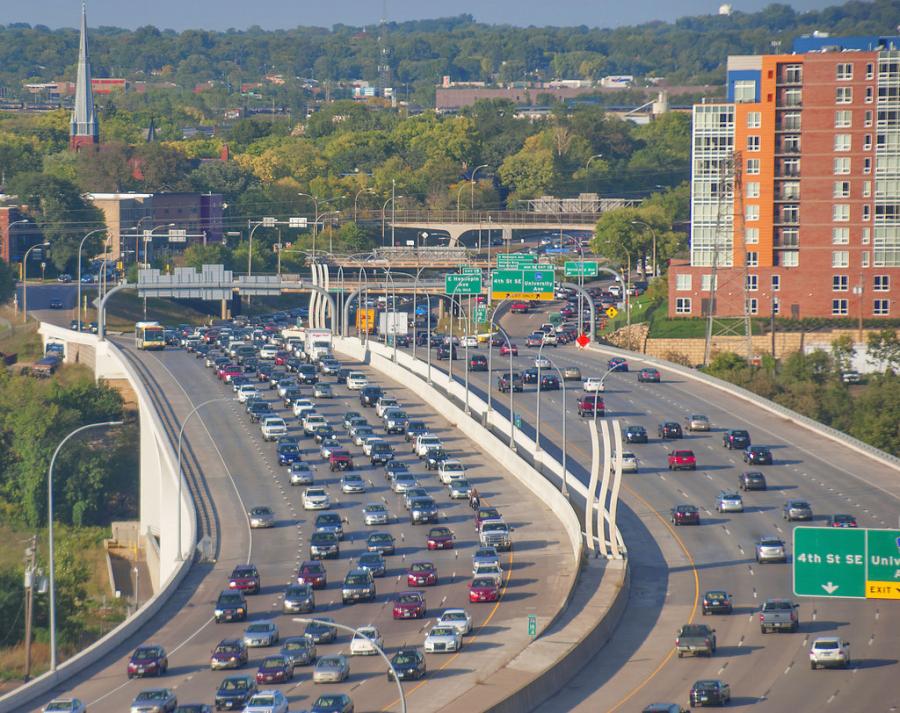 Roads in Minnesota earned a low grade of “D+” in a report by the American Society of Civil Engineers. (Ron Cogswell/Flickr.com photo)

The group said the state's roadways are in poor condition, earning it a dismal “D+” grade. The report says the average driver in the Twin Cities spends 41 peak hours in congestion every year, at an average cost of $1,442.

About 5.4 percent of the bridges in Minnesota are considered “structurally deficient,” the engineers' report said, but that's significantly below the national average. Bridge safety is a key issue in Minneapolis, where the Interstate 35W bridge collapsed in 2007, killing 13 people and injuring 145.

The group gave the state a “B,” noting that the Minneapolis-St. Paul International Airport and reliever airports have undergone $455 million in improvements over the last year.

Public transportation systems in the state provide about 111 million rides to passengers a year, but the report points out that the transit system is in need of $450 million over the next five years to keep it in “working order.”

The ASCE found the majority of Minnesota's dams are more than 50 years old and are beyond their design life. In addition, the group's report said the state's drinking water infrastructure is in need of a $7.5 billion upgrade, and wastewater facilities require $236 million annually to improve and replace treatment systems.