Little ecosystems have formed in the grassy, shrubby areas beneath electricity towers, where rare species of bird, insect, mammal and plants thrive. 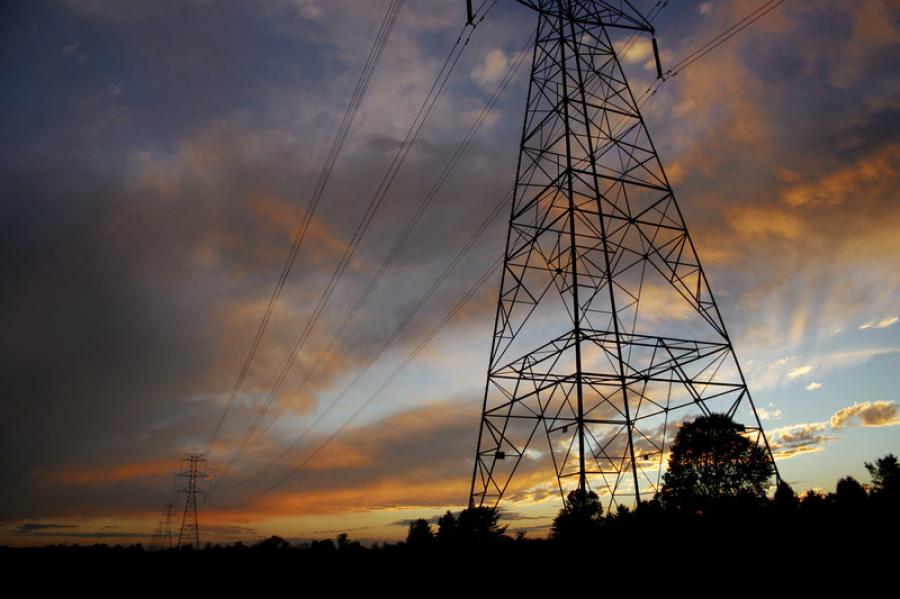 Eversource's rights of way, as they're called, have come to provide another critical resource, environmentalists say.

WATERBURY, Conn. (AP) They cut through the state's forests and countryside like ski slopes, dotted from one end to the other with vast, 80-ft. (24.4 km) towers of steel that help provide electricity to thousands of utility customers.

But Eversource's rights of way, as they're called, have come to provide another critical resource, environmentalists say: Little ecosystems have formed in the grassy, shrubby areas beneath those towers, where rare species of bird, insect, mammal and plants thrive.

That's why conservationists are concerned that the utility company is covering some of them, including one in Washington Depot, with deep, gravel roads. An Eversource spokesman said the practice provides a safer passage for trucks and workers. Conservationists say doing so destroys the environment and threatens the species in it.

Eversource spokesman Frank Poirot acknowledged the company is covering certain of its 1,600 mi. (2,575 km) of Connecticut transmission line corridors with gravel to accommodate heavy equipment needed to replace some of towers as a preventive maintenance measure. It isn't prudent, he said, to wait until there is a power outage to replacing aging equipment.

“The need for the access road and the reason why they're put in a permanent way it is to give us quick access to our right of way when there may be an equipment issue,” he said. “Imagine having to build a road and then go and make a repair. By having a road in place already, it helps speed our restoration and gets customers restored in a much more timely manner.”

He said the state permitting process strictly controls the impact the measure might have on the environment, and noted the company already makes a number of conservation efforts of its own.

“For us to secure the state permits, we need to do this work, including a thorough survey of the right of way for not just endangered and species of special concern, but also for the habitat,” Poirot said, adding the utility's survey “addresses environmental concerns of plants, animals reptiles, insects, anything on our right of way.”

William Moorhead, a Litchfield-based botanist who said he is a subcontractor for Eversource, said the company's survey doesn't go far enough.

To understand how critical the environment under the transmission towers is, Moorhead said, it's important to look at the ecological history of the state.

From then to the 19th and early 20th centuries, much of Connecticut society was agrarian, and the open grazing land and fields — called “minimally managed, open canopy [mostly treeless] habitats” — became rich in species acclimated to them.

But by then, so much of the state's forests had disappeared, efforts were made to replant the trees, and that habitat was lost.

Until, that is, the installation of these utility rights of way.

“That's basically what the transmission rights of way are, at least up to recently,” Moorhead said. “The land that is basically 99.99 percent minimally managed, open-canopy habitat.”

Eversource has a record as responsible conservators of the environment, Poirot said.

“We had a butterfly survey done to gain better knowledge of what was procreating in our right of way and what time of the year do they do that,” he said. The utility, he said, won't disturb the environment anywhere the butterflies are laying eggs or mating.

It makes the same concessions, he said, for gray herons, which tend to build nests near the rights of way.

There are circumstances, he said, for which the company does not lay the gravel pathways at all.

“Going into areas that are wetlands instead of gravel, what we usually do is put a construction mat road in there,” he said, adding it's similar to big timbers lashed together with steel bolts, and is removed when the work is done, with little or no disturbance to the habitat beneath it. Such a mat is being used for a right of way in Southington, he said.