The construction of the original Panama Canal is an epic story of broken dreams, bankruptcy, and finally, success. 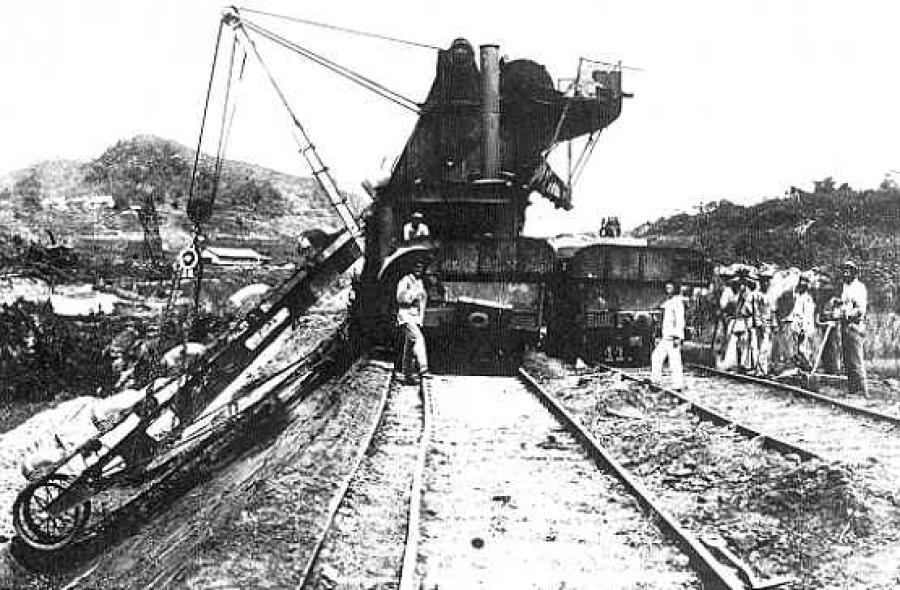 The website Stuff illustrates that the construction of the original Panama Canal (77 kilometres) is an epic story of broken dreams, bankruptcy, death, unbridled greed, determination and, finally, success.

Bathed in glory after the completion of the spectacular Suez Canal in 1869, French engineer Ferdinand de Lesseps raised funds for the Panama Canal project. A survey of the Isthmus of Panama was completed in 1877 and construction begun in 1881.

Unfortunately de Lesseps failed to account for the huge disease risk associated with the swamps of Panama and the enormous engineering challenge presented by blasting and digging a channel through the storm-lashed mountains dividing Panama. De Lesseps and his investors went bankrupt in 1889 with losses of US$287 million. The failed venture cost 22,000 lives.

After some not-so-subtle diplomatic footwork involving naval blockades and a payment of US$40m, the United States government bought the rights and sovereignty over the Panama Canal Zone and in 1904 set about constructing the canal.

John Frank Stevens, a seasoned railway construction engineer, managed the project, which included a railway to transport soil from the scar that had to be cut across the isthmus.

The main menace was tropical disease such as yellow fever which killed 5600 people during the US construction phase. Thanks to the heroic efforts of Chief Sanitation Officer William C. Gorgas, the mortality rate from these diseases was drastically reduced two years into the project.

Stevens quickly established that a sea-level route would be impossible, especially after witnessing the phenomenal flooding of another major obstacle that had to be crossed, the Chagres River.

In 1907, Stevens resigned, probably cowed by the immensity of the task ahead. Construction management was taken over by the fiercely determined and ruthless Major George Washington Goethals.

From the Atlantic, the route goes to a three-stage flight of locks, two parallel sets of two, rising 26 metres above sea level - the high point - to an artificial lake.

Gatun Lake is 24km long, after which the canal passes along a 9km stretch of the Chagres River before entering the Culebra Cut - this is a path 13km long, literally blasted through the mountains of the continental divide.

The descent begins at a single-stage lock (9.5m descent), then across another much smaller artificial lake, Miraflores Lake. At the far end of the lake are two parallel sets of two-stage locks, descending 16.5m to sea level, after which the canal eventually reaches the Pacific Ocean.

The mammoth project took 10 years to complete. After many years of US control and protracted negotiations, control of the canal was finally handed over to the Panamanians on December 31, 1999.

Ships transit the canal from either direction and take about 30 hours to do so. With the increase in trade between the US east coast and Asia, the number of annual transits and tonnage has increased significantly.

Since the 1970s, the canal has been subjected to a number of upgrades aimed at increasing the efficiency and capacity – for example, widening of the Culebra Cut from 192 to 218m. These upgrades have enabled about 14,000 transits per year. The toll charge depends on the ship's capacity but averages about US$60,000.

In 2007, construction of the latest and biggest enhancement project began, the Panama Expansion Project. A third lane of locks is to be added in lock complexes at each end of the canal. Each of the new lock complexes has three chambers to raise and lower ships to and from Gatun Lake. The new locks double the canal's capacity by allowing the passage of a greater number of ships and bigger ships.

It may not be completely plain sailing in future for the Panama Canal.

Nicaragua has announced commencement of the construction of a canal linking its Atlantic and Pacific coasts. Target completion is 2019. Also, global warming is making the legendary ice-bound North West Passage an ice free possibility in future years – this is a sea route connecting the northern Atlantic and Pacific oceans via the Arctic Ocean.

Despite the potential competition, analysts are confident the Panama Canal upgrade will be a very profitable investment given the continuing meteoric rise in Chinese trade.