Since its inception 25 years ago, Mattracks has been involved in many motion pictures, both behind the scenes and in front of the camera. 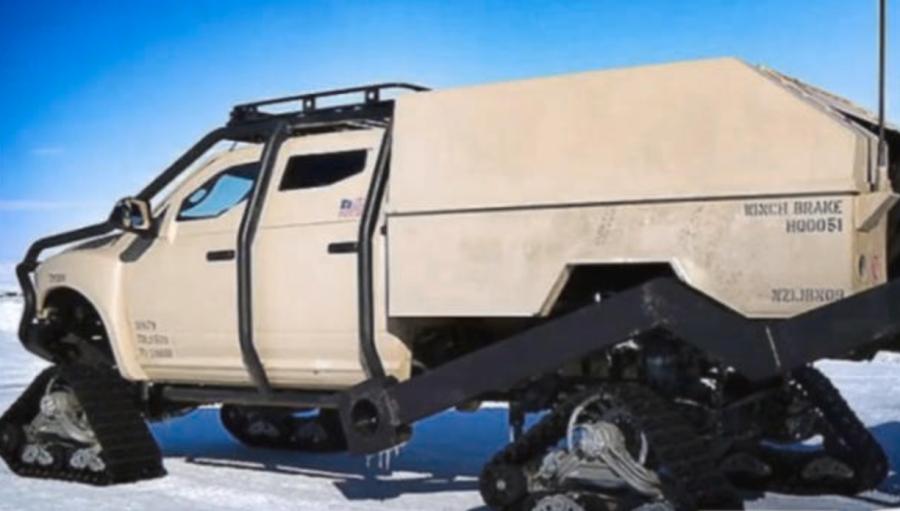 A Dodge Ram was outfitted with Mattracks 150M1A2-SAs for the 2017 movie The Fate of the Furious.

Mattracks, the original and #1 manufacturer of rubber track conversions, is no stranger to the Motion Picture industry. Since its "Inception" 25 years ago, Mattracks has been involved in many motion pictures, both behind the scenes and in front of the camera. In 2003, Mattracks was called on to build the base for the T1 Robot in Terminator 3 Rise of the Machines. Several smaller pictures followed that incorporated Mattracks in some capacity, and then in 2010 they were featured on a HMMWV in the blockbuster Inception starring Leonardo DiCaprio. In 2015, Mattracks provided tracks for a camera truck in order to get extremely difficult mountain shots in the James Bond installment, Spectre.

Now, in 2017, Mattracks will be featured in the eighth installment of the massively successful Fast and the Furious franchise dubbed The Fate of the Furious. Dwayne "The Rock" Johnson as Luke Hobbs will be driving a Dodge Ram with Mattracks 150M1A2-SAs. "When it's time to save the world in the snow, Hobbs becomes the Abominable Iceman in his ICE RAM," writes Johnson on Twitter last summer. Fate of the Furious opens April 14th worldwide.