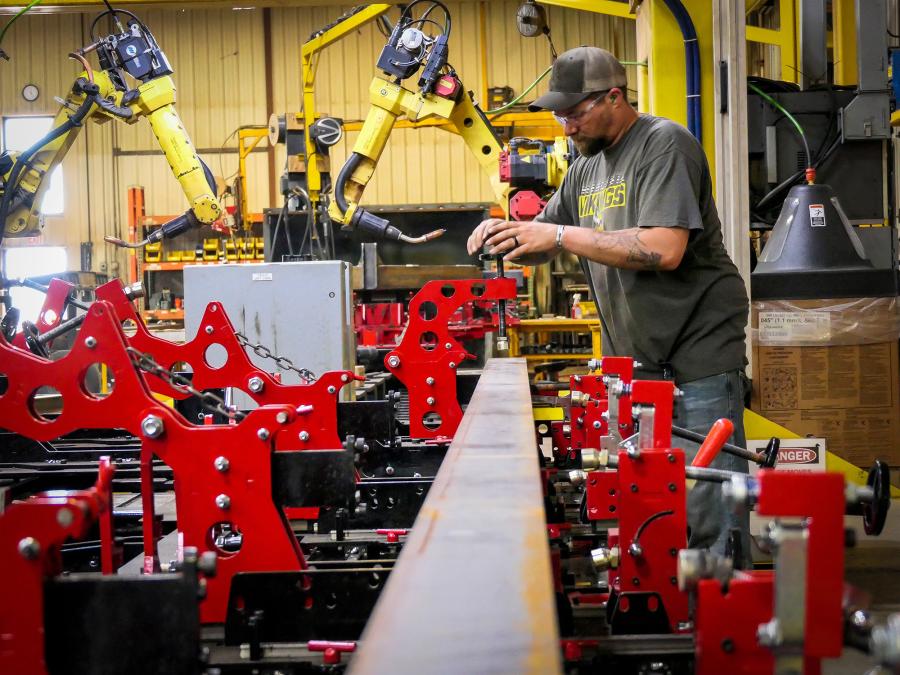 A production operator staging the fixture for the next gantry robot program run.

Felling Trailers has always strived to be at the forefront of innovation — from the trailers it manufactures to the equipment its team uses to build them.

In the fall of 2019, Felling acquired a 2-Cell Gantry Robot with Fanuc R-100iC Robotic Arms. The Gantry Robot addition helps to reduce lead times by increasing production capabilities and efficiencies, according to the company.

Felling is no stranger to robot weld systems. The Gantry Robot is one of several robots that Felling has put into service throughout the years.

In early 2000, Felling Trailers purchased its first robotic welding system, an OTC Robotic Welding Cell. The OTC was utilized to produce a variety of ramps for its 90-plus ramp trailer models.

Then in 2010, the company purchased its second robot, a Genesis Robotic Welder. The Genesis is utilized in the production of ramps, dump trailer doors, and other trailer components.

With the recent addition of the 2-Cell Gantry Robot, the company can weld a trailer to frame-level, hitch to tail including cross members, frame rails, headboard, and tailboard.

No matter the level of automation that a robot can provide, there remains the need for an operations team. The Gantry Robot's operations team consists of the production operator, CWI weld trainer, fixture designer, and a maintenance technician.

The weld trainer and fixture designer work together to layout the fixtures needed for trailer builds and the programming. The production operator's role is to place trailer components into the fixture and verify tolerances before the robot starts its work.

The robot's objective then is to weld the trailer to its "frame-level."

While the robot is welding the frame, the operator monitors the welding process while staging the next fixture to run through the gantry robot program. Overall the frame-level weld production process is completed roughly 30 percent faster than a manual process.

With the frame-level weld complete, the trailer moves on to an assigned weld team to add axles, tie-downs and other customer-specific weld-on options.

To date, the 2-Cell Gantry Robot has completed 150 units built between two of Felling's most popular model lines. As more model lines are added, new fixtures will be designed and programming written.

"The continuous addition of fixtures will help develop multiple teams to work together and advance their training," said Chris Berg project manager.

Along with adding more model lines to the Gantry Robot's database, Felling also will be adding trailer components such as beavertails to maximize its productivity based on product demand.

"We have seen significant growth over the last several years, and with that comes the need to increase manufacturing capacity to meet market demands for our product," said Radjenovich.

The addition of the 2-Cell Gantry Robot has created a new step in the production cycle of trailers. The increased production capabilities have, in turn, created additional jobs on the front end of the build cycle for engineers, fixture designers, fabricators and material handlers to feed the robot. Then on the backside of the production cycle, once the robot has completed the trailer to frame–level, there is the need for weld teams to complete the weld production cycle, bringing the process full circle. 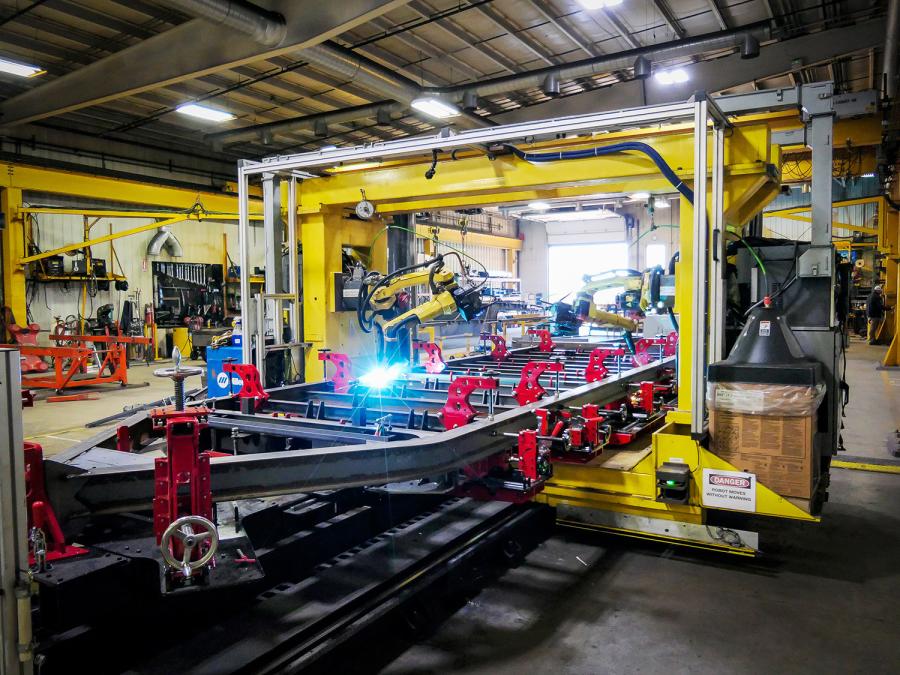