This project will provide flood risk management for more than 230,000 people and 70 square miles of infrastructure in the communities of Fargo, Moorhead, West Fargo, Horace and Harwood. 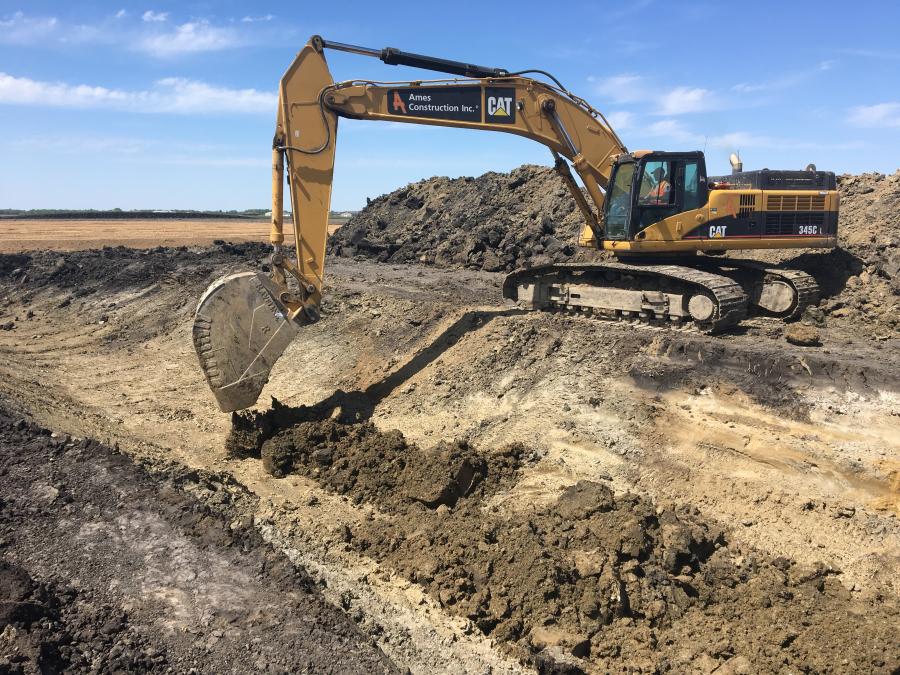 After years of research and public input, work is under way on the roughly $2 billion Fargo?Moorhead (FM) Area Diversion Project.

“The Fargo-Moorhead metropolitan area, the economic center of the region, is prone to frequent flooding,” said Bonnie Greenleaf, U.S. Army Corps of Engineers (USACE) assistant project manager. “The cities of Fargo and Moorhead barely survived the 1997 and 2009 floods. This project will provide flood risk management for more than 230,000 people and 70 square miles of infrastructure in the communities of Fargo, Moorhead, West Fargo, Horace and Harwood.

“Every year the project is not completed is another year the region must potentially fight a spring flood, an event that causes great inconvenience to residents, requires a great deal of time and funding for temporary measures and carries the risk of property damage if the fight is unsuccessful.”

The complete project is estimated at $1.9 billion, with the federal share capped at $450 million. The remainder of the funding is being provided by the states and the local Diversion Authority and cities of Fargo and Moorhead.

The diversion channel will be accomplished by a P3 contractor. The Corps of Engineers will design and construct the southern embankment that includes three gated control structures — Diversion Inlet, Wild Rice and Red River. The Wild Rice structure is scheduled to be advertised in the summer of 2018, and the Red River structure a year later.

A 2017 spring groundbreaking provided officials an opportunity to reflect on past problems the region has encountered.

“It was significant to have it on the 20th anniversary of the river cresting in Fargo in 1997,” said Greenleaf. “That was the same year Grand Forks and East Grand Forks farther upstream were overwhelmed and lost their flood fight. Having Senators Hoeven and Heitkamp participate, along with other local, state and federal officials, demonstrated the importance of this project.”

“Many dedicated people have put their heart and soul into making this project a reality. It was very rewarding to finally break ground and celebrate the teamwork it took to get here.”

Greenleaf believes the project will have a dramatic impact on people's lives.

“The area is prone to flooding. The Red River of the North has exceeded the National Weather Service flood stage of 18 feet in 51 of the past 113 years [1902 through 2014], and recently every year from 1993 through 2014, except 2012. A permanent flood risk management project will save significant efforts, resources and money on an almost annual basis.”

The inlet structure contractor began work on the site the last week of April 2017. Currently, the contractor is excavating the connecting channel and diversion channel with placement of spoil material in the excavated material berm.

The diversion inlet structure contractor has completed the preload embankments and the clay embankments. Excavation of the diversion channel and connection channel will continue for the next two months. It has been necessary to accelerate the settlement at the interface between the concrete structure and the earthen embankment. The most recent activity the contractor has completed is the impervious fill placement on the left dam embankment. Impervious fill placement on the right dam embankment also has finished. Channel excavation continues in the connecting channel and placement within the excavated material berm.

Weather conditions for the spring and summer have been favorable, leading to excellent production. The major tasks to be constructed on the project include deep soil mixing, driving 55,000 linear ft. of H Pile, placement of 15,000 cu. yds. of cast in place concrete within the inlet structure and dam walls, fabrication and installation of three tainter gates, installation of the mechanical gate operating equipment, installation of a pre-cast concrete vehicle service bridge and construction of a control building for gate operation.

“The diversion inlet structure contractor has approximately 15 people currently working on site,” said Greenleaf. “The contractor's staffing will increase as the scope of the project widens next spring from earthwork to structural features.”

The construction site was previously an agricultural field. As with the surrounding Red River Valley topography, the field was a mostly flat parcel of land with little elevation change. The diversion inlet structure contract will excavate 420,000 cu. yds. of material. The entire project is expected to move 55 million cu. yds. of material.

For the inlet structure and dam walls, approximately 15,000 cu. yds. of concrete and 1,000 tons of steel reinforcement will be utilized.

Roughly 150,000 cu. yds. of clay fill for earthen embankments also is required, along with about 400,000 lbs of steel for the three fabricated 26 by 50 ft. tainter gates, which will be mechanically operated. In addition, 55,600 linear ft. of H pile will be used for the structural foundation.

The initial nine-month duration for the preload embankments to settle are a major consumer of the contract's duration. Structural concrete work also will require an extended time frame to complete. Construction of the structural features is scheduled to begin in the spring of 2018.

Contract completion for the diversion inlet structure is currently November 2020. When finished, it will be a major construction milestone on the path to an operational project. The Corps and Diversion Authority has a goal of completing the project in about seven years, subject to funding availability and other considerations.

The plan calls for joint cooperation between the cities of Fargo and Moorhead, Cass County, N.D, Clay County, Minn., the Joint Cass Water Resource District and the Buffalo-Red River Watershed District. It includes 150,000 acre-feet of upstream staging, with the staging area only used for flood events exceeding a 10-year event, or a 35-foot event in Fargo.

The Diversion Authority has developed a mitigation plan outlining mitigation requirements that will be followed for the diversion project to address mitigation needs previously identified during studies by USACE and the Minnesota Department of Natural Resources.

There are almost a dozen cemeteries upstream of the project that could be affected by varying levels of additional water during major floods due to operation of the project in a 100-year flood. Additionally, there are 19 cemeteries that currently would flood within the protected area that will now have permanent flood protection, due to construction of the project. Suggested mitigation steps for cemeteries include protective berms, access changes, debris fencing, anchoring headstones and/or raising the site.

Operation of the project will result in the staging and retention of flood waters upstream of the Fargo-Moorhead metro area. The upstream retention area will affect a different amount of acres for each flood event, depending on the severity. The Diversion Authority will obtain flowage easements on the properties that are within a defined mitigation area. The flowage easement will compensate property owners for the impacts associated with the project. Because operation of the upstream retention area may cause debris to accumulate within and along the edges of the upstream retention area, the Diversion Authority has developed post-operation debris clean-up plans for both private and public properties.

To keep residents regularly updated, USACE and the Diversion Authority provide frequent updates on the project on their websites.

“Our goal is to complete this project as quickly and efficiently as possible to both save money and reduce flood risk for the communities,” said Williams. “With optimal funding, an operational project can be in place by 2024.”