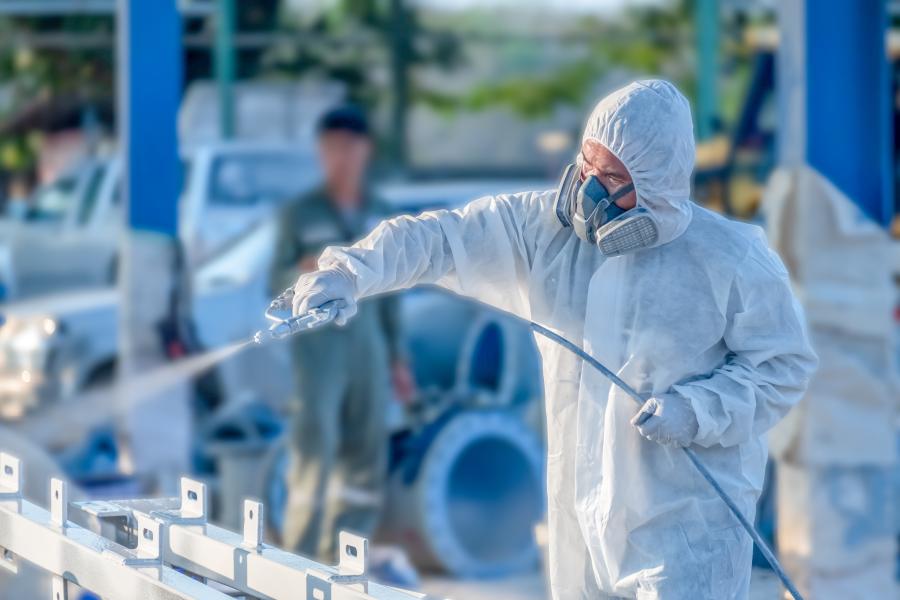 The Department of Labor's focus for the second half of 2021 will be on a laundry list of regulations that could directly impact contractors in the construction industry. Feeling the effects of a federal agenda that includes 26 OSHA regulations, the business of construction may look a lot different by next year.

Packing the biggest punch for contractors are proposed amendments to the Hazard Communication Standard (HCS). OSHA's goal is to conform to changes in the United Nations' Globally Harmonized System of Classification and Labeling of Chemicals (GHS).

OSHA also seeks to align certain hazard communication provisions with Canada and other U.S. agencies, and address issues that have developed since implementation of the 2012 standard, according to David Sparkman, logistics consultant, Washington, D.C.

The standard applies to all employers that ship, store or handle hazardous materials, but construction employers may face new burdens, cautioned Sparkman.

Contractors "may have new compliance obligations from some materials now being classified as ‘hazardous' or managed in a different hazard class, resulting in new program, training and communication obligations."

The amendments seek to modify certain hazard classes, conditions for labeling and language used on safety data sheets (SDS). Updates to the HCS classification and labeling framework, for consistency with more recent versions of GHS, are also proposed.

"OSHA's proposed HCS amendments have the potential to affect many products used on construction sites, including aerosolized products and products in small containers, as well as alter some chemical product labels and SDSs," said Sparkman in an article in EHS Today.

One major amendment proposes to revise criteria for the classification of certain health and physical hazards, including unstable gases, non-flammable aerosols, skin corrosion, or irritation, eye irritation and aerosols, generally.

Sparkman pointed out that the proposed amendments also would create a new hazard class for desensitized explosives.

If this happens, contractors will need to ensure proper product classification, and update their written programs, SDS and training materials to comply.

Attorneys Cressinda Schlag and Kelli Morgan Dreger of the Jackson Lewis law firm also pointed out that "employers may need to modify their labeling procedures and methods of communicating chemical hazards to workers and other employers on site."

"Once these changes are complete, employers will have to train affected managers, supervisors and employees."

Opposing the proposed amendments, Cal/OSHA contends they will, in effect, reduce the amount and quality of chemical hazard information available to workers.

The state agency believes the rules discount chemical evaluations from the regulatory agencies including the EPA.

The amendments may also conflict with hazard communication and regulatory frameworks already adopted at the state level. They are already in place in California and Washington state, cautioned Schlag and Dreger.

"The good news is that there is plenty of time for construction and other affected employers to make their views known to the federal safety agency," said Sparkman. A virtual public hearing on the proposed revisions will be held Sept. 21.

Attorney Courtney Malveaux of Jackson Lewis believes OSHA's standard for heat illness prevention may be the most consequential for the construction industry.

The number one weather-related killer, heat has become more dangerous in recent years as global temperatures have continued to rise, said Malveaux.

OSHA's General Duty Clause has served as a catch-all for hazards not addressed by a specific standard. But that will change, said Malveaux, if OSHA follows state standards already in place.

The agency could mandate break times and require employers to monitor employee acclimatization, as well as outdoor temperatures and humidity levels.

Bloomberg Law reports that the OSHA heat rule proposal isn't all that hot, though. In just the pre-rule stage, the federal agency's proposed measure may not make any progress toward becoming reality until October.

That's when the agency will issue a request for information seeking public input on a possible rulemaking on heat illness prevention in indoor and outdoor settings.

A request for information "would allow the agency to begin a dialogue and engage with stakeholders to explore the potential for rulemaking on this topic," according to the Association of Builders and Contractors (ABC). 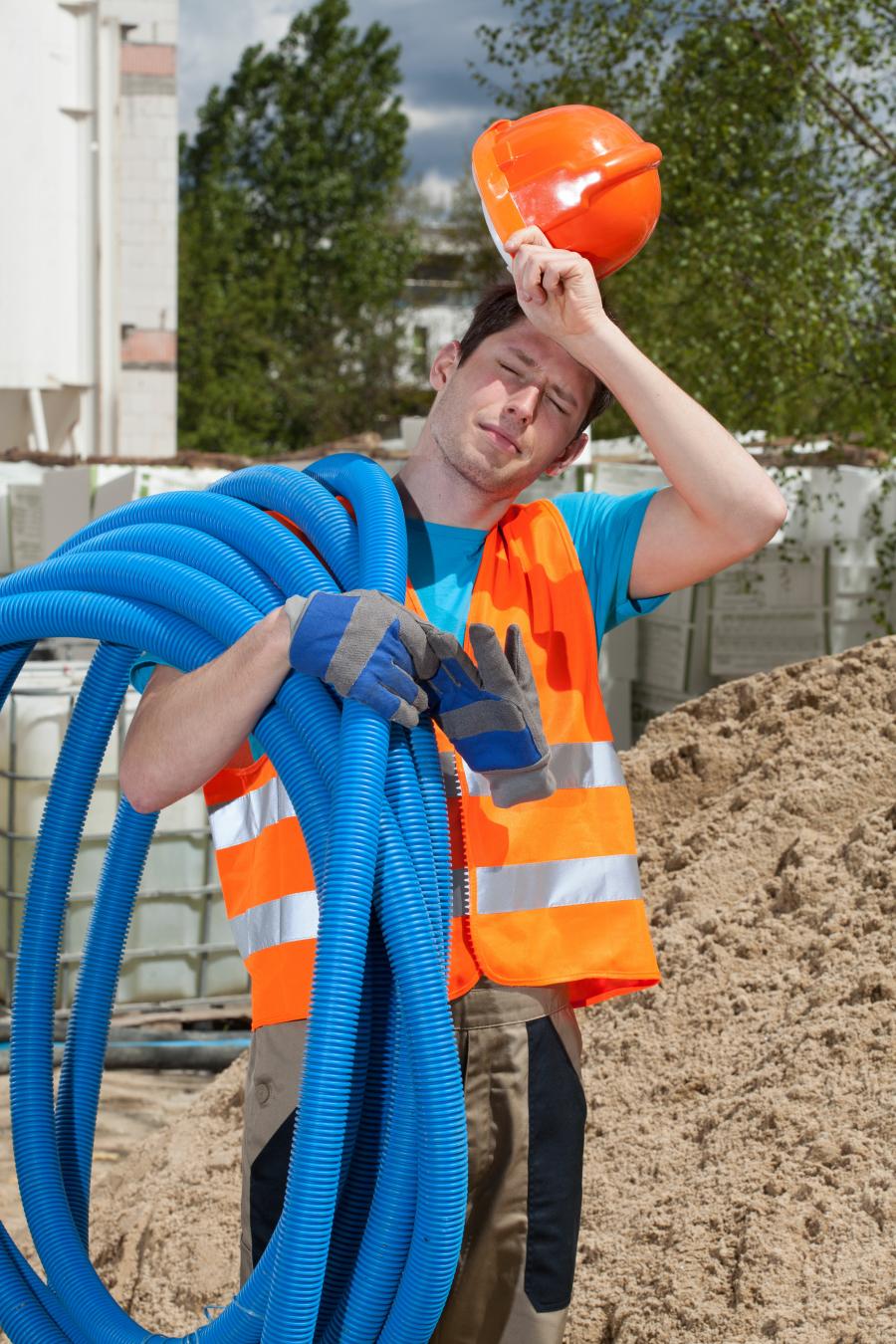 Daniel Kaplan, a partner of Foley & Lardner LLP in Madison, Wis., believes a federal OSHA heat stress rule could be useful if it's clear about how employers should comply.

He suggests employer should check their precautions against OSHA's guidance in the heat stress section of its technical manual.

The manual stresses acclimatization of workers and teaching them to recognize heat stress symptoms. It also recommends ways to reduce heat stress such as providing shade, cool drinks and changing work schedules to avoid the hottest part of the day.

The agency turned down petitions to undertake such a rulemaking during the Obama and Trump administrations. But Democrats in the House and Senate introduced companion bills earlier this year addressing the need for a standard.

The bills would mandate that OSHA issue a proposed heat rule within two years of the law's enactment and issue a final rule within 3½ years. Neither bill has been scheduled for a committee hearing.

In the 2019-2020 congressional session, then-Sen. Kamala Harris (D-Calif.) sponsored a similar bill that never came up for a vote.

Announcing the bill, she said, "it is absolutely unconscionable that workers in industries from agriculture to construction face excessive heat conditions for hours each day with no protections for their health and safety."

Contractors can expect to see enhanced workplace injury and illness tracking under the Biden Administration's OSHA. The agency wants to revert to the 2016 version of the rule.

"A reversion could signal that OSHA will view drug testing and incentive programs as a form of employer retaliation," he said.

Proposed changes would require establishments with at least 250 employees to provide electronic submissions of injury and illness data in addition to the less detailed summary data currently required, said Malveaux.

"This could have a particular impact on larger construction sites that report more injuries and illnesses because of the sheer number of employees working at a site," he cautioned. "It also may have an outsized impact as construction employers grapple with marijuana legalization laws and worker intoxication.

"Regardless of the cause, substance and alcohol abuse lead to more workplace accidents and injuries," wrote Malveaux, noting that dehydration from alcoholism also can lead to several different heat illnesses.

He believes that "if substance abuse trends do not change, the new regulations may end up having employers defending more citations, in addition to other legal headaches."

Other Proposals Worth Watching

A projected increase in tower installations and repairs over the next few years has the agency concerned that the fatality rate has "greatly exceeded that of the rest of the construction industry."

The goal of the proposal is to greatly decrease that rate as more workers enter the industry.

OSHA has put construction PPE on its radar, though Malveaux said it's unclear how the agency will make it happen. 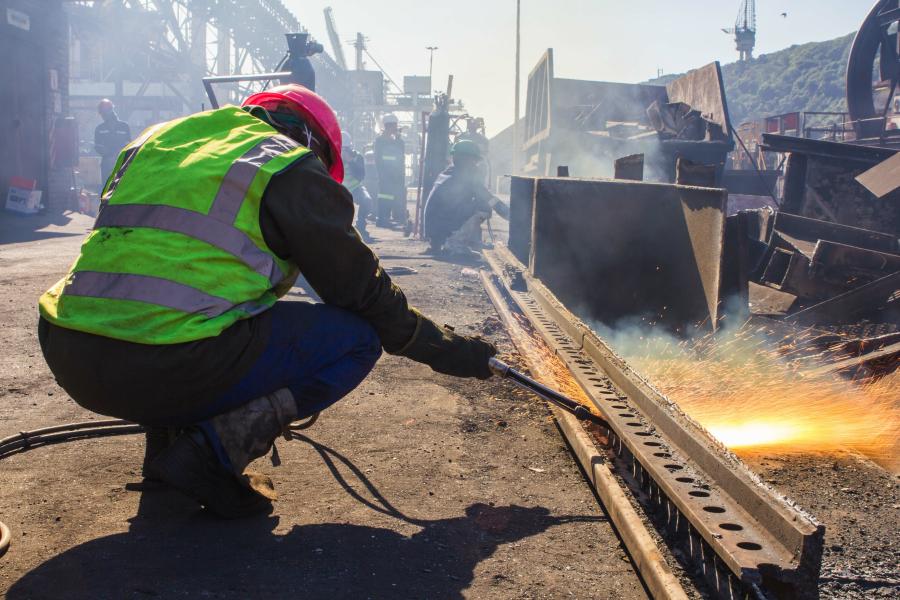 The ABC reports that in September, OSHA is expected to release a proposed rule clarifying the requirements for the fit of personal protective equipment in construction.

"A PPE standard could have an outsized impact for construction sites, especially if it addresses COVID-19 exposures for construction workers in close quarters," he said. "It also could affect the distribution of PPE normally used in the industry."

Amendments to the Cranes and Derricks in Construction Standard are on the table, noted Malveaux. Though the amendment probably won't significantly change the standard's application, they should help clarify and correct mistakes in the standard.

OSHA also plans to amend welding and cutting standards to remove ambiguity about the "confined space" definition. Malveaux pointed out that the original rule uses the term but failed to define it. A new definition could have an impact on many construction sites depending on the phrasing.

"Work sites and end-users utilizing excavators should be aware of this new emphasis and plan accordingly," the ABC cautioned in a notice to the industry. CEG