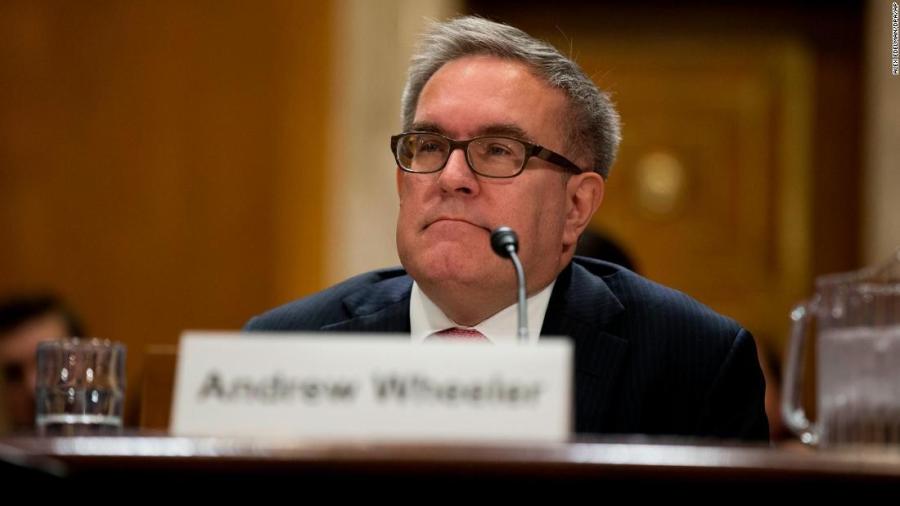 Wheeler's appointment garnered support from both Republicans and Democrats.

The U.S. Senate confirmed President Trump's appointment of energy lobbyist Andrew Wheeler to serve as EPA deputy administrator on April 12 with a 53-45 vote. Wheeler's nomination for the position was advanced on Feb. 7, by the U.S. Senate Committee on Environment and Public Works, led by Senator John Barrasso (R-WY).

Wheeler is a former coal lobbyist who has also served since 2009 as co-leader of the energy and natural-resources practice at Faegre Baker Daniels, an international law firm. Prior to that position, he worked in various positions on the Environment and Public Works committee for six years, and spent another six working on the Clean Air, Climate Change, Wetlands and Nuclear Safety subcommittee, the Washington Post reported.

Support From Both Sides

Wheeler's appointment garnered support from both Republicans and Democrats.

Sen. Barrasso said that Wheeler was well qualified for the position, mentioning that he had secured support from business groups, who have looked to his years-long work on environmental and natural resources policy, the Washington Post reported.

Senate Majority Leader Mitch McConnell said on the floor April 12, “Mr. Wheeler's former boss, our colleague Senator Inhofe, says, quote, 'there is no one more qualified.' Our former colleague Senator Lieberman has called Mr. Wheeler 'fair and professional,' and said 'I hope his nomination will receive ... fair consideration by the Senate. He has won the support of the American Farm Bureau Federation and has won praise from both sides of the aisle."

“I believe he'll be open to working on issues important to North Dakota in a pragmatic and fair way, and I'll hold him accountable to make sure he implements the mission of the EPA in a way that works for my state,” said Heitkamp.