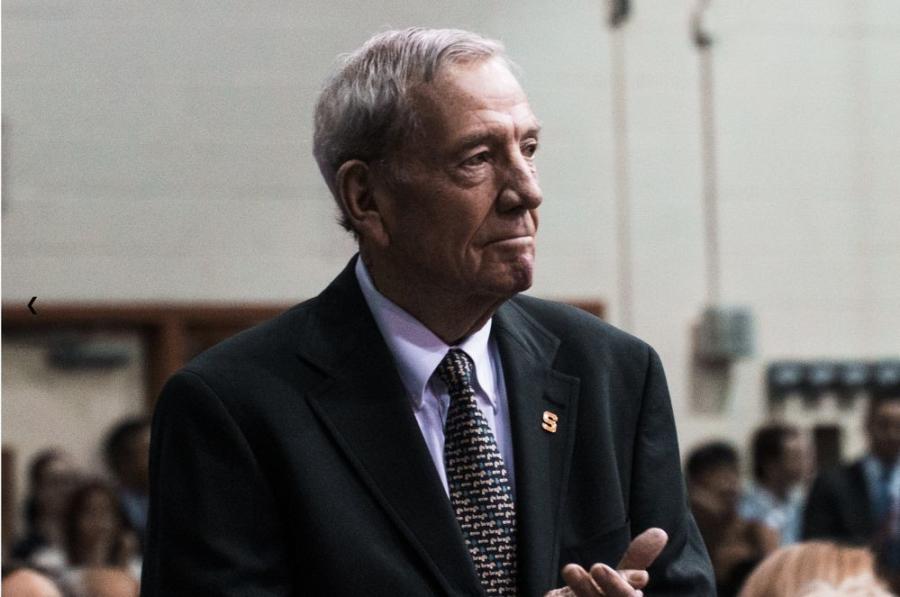 He was a proud graduate of Salesianum School (1953) and the University of Delaware (1957).

Having grown-up in Lyndalia, Del., and in St. Matthew's Parish in Woodcrest, Del., he was a lifelong practicing Catholic. Since 1986, he was an active parishioner of St. Maximilian Kolbe Church in West Chester, Pa.

As a longtime active member of the West Chester Golf & Country Club, Mr. Fleming, along with his brother, Brian, would always be “in the hunt” when playing in the Club tournaments and knew the Rules of Golf well. Both on the golf course and in his business, Mr. Fleming became a lifelong friend of those he met.

He was an active member and officer of the Radley Run Mews Homeowners Association. He enjoyed hunting, fishing, reading a good book, Philadelphia Eagles football, but most of all his family.

Early in his industry career, Mr. Fleming was the sales manager of PEECO, a part of Schramm Inc. based in West Chester, Pa., where he led a salesforce focused on drilling equipment and air compressors. In the early 1970s, he began working part time for Vilsmeier Auction Company around the time of its founding. There he worked on weekends as an auctioneer. Frequently, his PEECO customers become Vilsmeier customers and vice versa.

“Early on he and Hal Evans worked as clerks and ring men at the auctions, helping to make them true events and to be successful. Jerry always had great jokes and funny stories I will always remember and some of which I still repeat. He was a mentor to myself and all the young people at Vilsmeier and helped us see the big picture. He was a good man, who cared for his family and people, in general. I will miss Jerry.”

After his PEECO tenure ended in 1988, Mr. Fleming worked in sales for Construction Equipment Supply & Rental, Basic Equipment, L.B. Smith, and Penn-Jersey Machinery, where he sold to the city of Philadelphia the Oshkosh trucks, brushes and plowing equipment that helps keep the runways at Philadelphia International Airport clear during snowstorms.

Mr. Fleming never ceased being the consummate salesperson and always remembered that selling doesn't stop once a customer bought something from him. Even in his late 70s, he would reserve a hotel room near the airport when a snowstorm was looming so that he could be close by to make sure all the equipment he sold the city was working the way it was supposed to; and if it needed service, he would ensure they received it. He often traveled with his airport customers to Oshkosh, Wis., to show them how the equipment was made. He wanted his customers to know exactly what they were buying.

Kate Boyle, one of five of Mr. Fleming's daughters, recalled what her father was like to not only work with, but also the impact he had on other people with whom he worked.

“Occasionally I worked at Vilsmeier with my dad when I was still in school,” she said. “In fact, all my sisters and I did at one time or another. My dad worked at the auction company for a very long time, up until the company closed in 2000. He had a wonderful relationship with Vilsmeier.”

Kate said she experienced the true and lasting positive impact her father had on everyone he knew at his funeral service.

“During the service, several men and women, both young and old, told our family what a great mentor my father was in the equipment business. He was always willing to share his vast experience and contacts with anyone who needed help. One Penn-Jersey colleague recalled that my dad often helped him navigate through some tricky situations with customers.”

Mr. Fleming had such a positive impact on people over his career in the industry that many representatives from the city of Philadelphia and the airport attended his service.

Mr. Fleming related to people so easily because he was a renaissance man who had an insatiable desire to learn.

“He was an avid reader and was always asking questions,” Kate said. “His desire to learn never, ever stopped. At 65 he learned how to use a computer, which wasn't easy to do, but he did it. When my son was getting ready to take his SATs, my dad was curious about the test. So he Googled SAT practice test and actually took the test himself … at 80 years old. All because he wanted to see what the SAT was all about, and if he could still do the math. My younger son is in high school and often has three to four books to read over the summer prior to the start of the new school year. My dad would read the books as part of his 'summer homework assignment' too. That way the two of them could discuss the books and learn from each other. They had many good chats over those summer reading books."

Most of all, Kate said, her father was a '"true gentleman,” an opinion that pervaded far beyond the scope of his family and well into the industry in which he worked. It's not surprising that his friends at Penn-Jersey nicknamed him “Gentlemen Jerry.”

“It didn't matter who you were … he would treat everyone with respect and dignity. And as a result, he could get anyone to smile.” she said. “The most important thing I learned from my dad is to respect all people.”

Relatives and friends attended his Visitation and Funeral Mass on Sept. 21, 2018, at St. Maximilian Kolbe Church in West Chester, Pa. Interment was private.