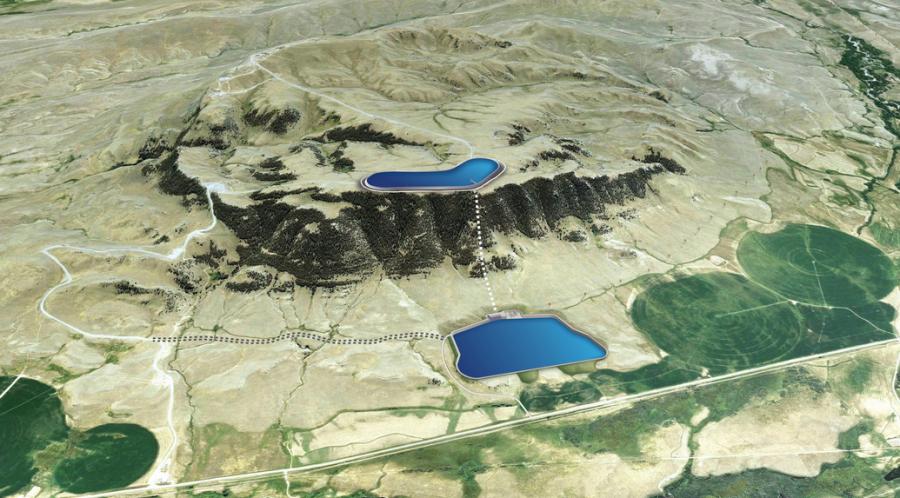 The Gordon Butte Pumped Storage Hydro Projec is intended to make wind turbines and other renewable energy sources more reliable, by storing the electricity they produce until it’s needed.

BILLINGS, Mont. (AP) Construction on a $1 billion energy storage system in central Montana could start as soon as next year after its sponsors said they reached a financing agreement with a Danish firm that invests in renewable energy.

Next up, he said, is to make arrangements with utilities or others interested in using the Montana facility to complement their own electricity generation.

"That's our last step before we're able to go under construction and start putting concrete and steel in the ground," Borgquist said.

The Gordon Butte Pumped Storage Hydro Project was first proposed in 2010 and is intended to make wind turbines and other renewable energy sources more reliable, by storing the electricity they produce until it's needed.

Described as a "hydro battery," it would use excess power produced by wind farms or other sources to pump water from a reservoir uphill to a second reservoir. The water would be released during periods of high electricity demand, turning hydropower turbines to generate power.

Many utilities use power plants fueled by natural gas to fulfill a similar role. They're needed to balance electricity across the power grid as demand rises and falls over time.

A spokeswoman of Copenhagen Infrastructure Partners confirmed the firm's involvement in the project. Senior Partner Christian Skakkebaek said in a statement that pumped storage hydro "will be a key resource as the global transition to renewable energy continues to accelerate in states such as Montana."

Construction could take up to four years and require 300 to 400 workers, Borgquist said. Once the project is operational, it will have a permanent workforce of two- or three-dozen employees, he said.

The Federal Energy Regulatory Commission issued a license for the facility in 2016.