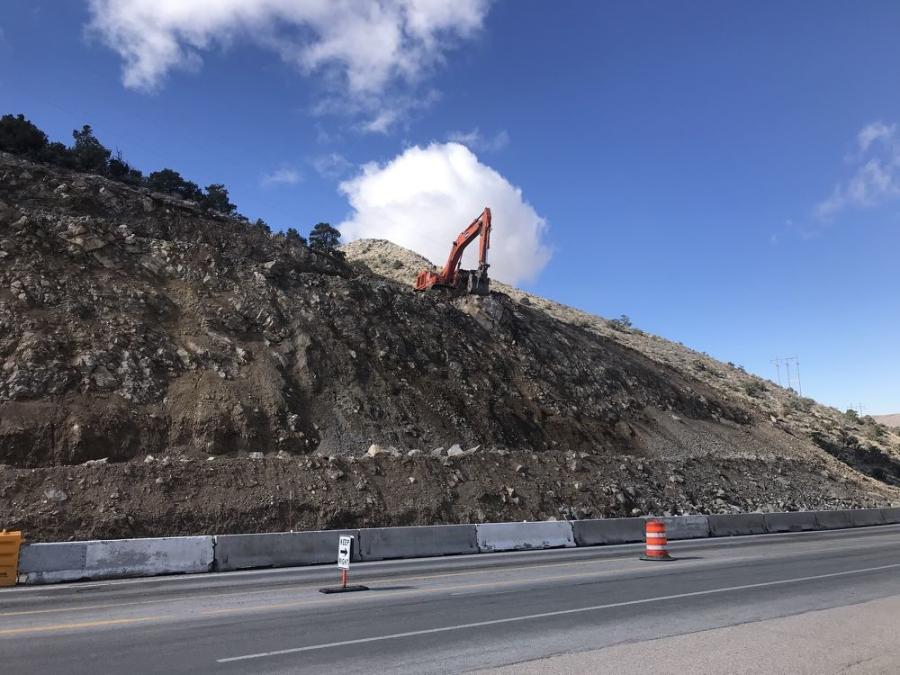 Nevada's growing population and an increase in travel made the widening project of State Route 160 necessary in Southern Nevada. 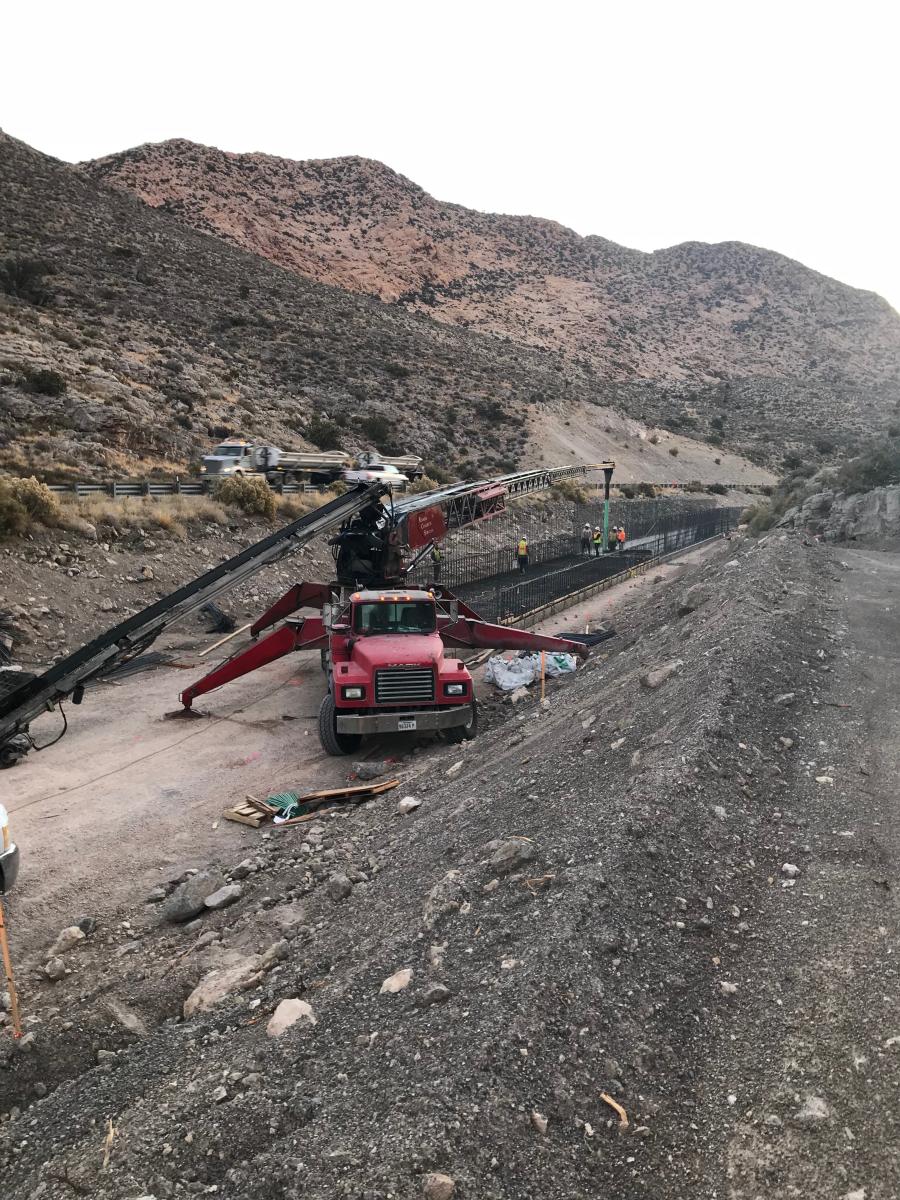 The Nevada Department of Transportation awarded a $58.6 million contract to Aggregate Industries SWR (AISWR) to widen and upgrade a 28-mi. leg of Blue Diamond Road/State Route 160 between Pahrump and Mountain Springs. Six miles of the project stretches over mountainous terrain, and 22 mi. of roadway needs various enhancements and roadbed modification.

The contract calls for AISWR to widen the highway from two to four lanes, as well as to make other safety improvements. AISWR is serving as the general contractor and is responsible for all aspects of the project, including management of the subcontractors which include C&S Construction, Sanders Construction, Stewart & Sundell Concrete, Team Construction, Soil Tech, Black Canyon Construction, Coughlin Company, Red Star Fence and Natina Stain.

"The first portion of the project stretches over Mount Potosi and the scope includes widening out the road from two lanes to four lanes," said Ron Adair, AISWR project manager. "We're also installing a concrete barrier down the middle to enhance the safety of the road."

According to Tony Illia, public information officer of the Nevada Department of Transportation (NDOT), the highway has a lot of curves and inclines, so there were crashes caused by drivers swinging into the on-coming lane to pass slower-moving traffic, as well as people leaving their lane when they were drowsy or distracted. Safety improvements were of paramount importance.

The mountainous terrain presents unique challenges, as the construction team must cut through rock while managing traffic flow.

"There's a lot of rock cut that we have to do on the roads," Adair said. "But it's also up through canyons, so we have to utilize tight work quarters so we can control traffic flow and continue building. There's a lot of challenges to keep the traffic moving, especially during blasting. There's really nowhere to detour traffic or divert them, so proper project planning is critical."

Sanders Construction of Las Vegas is the subcontractor for the dynamite work. 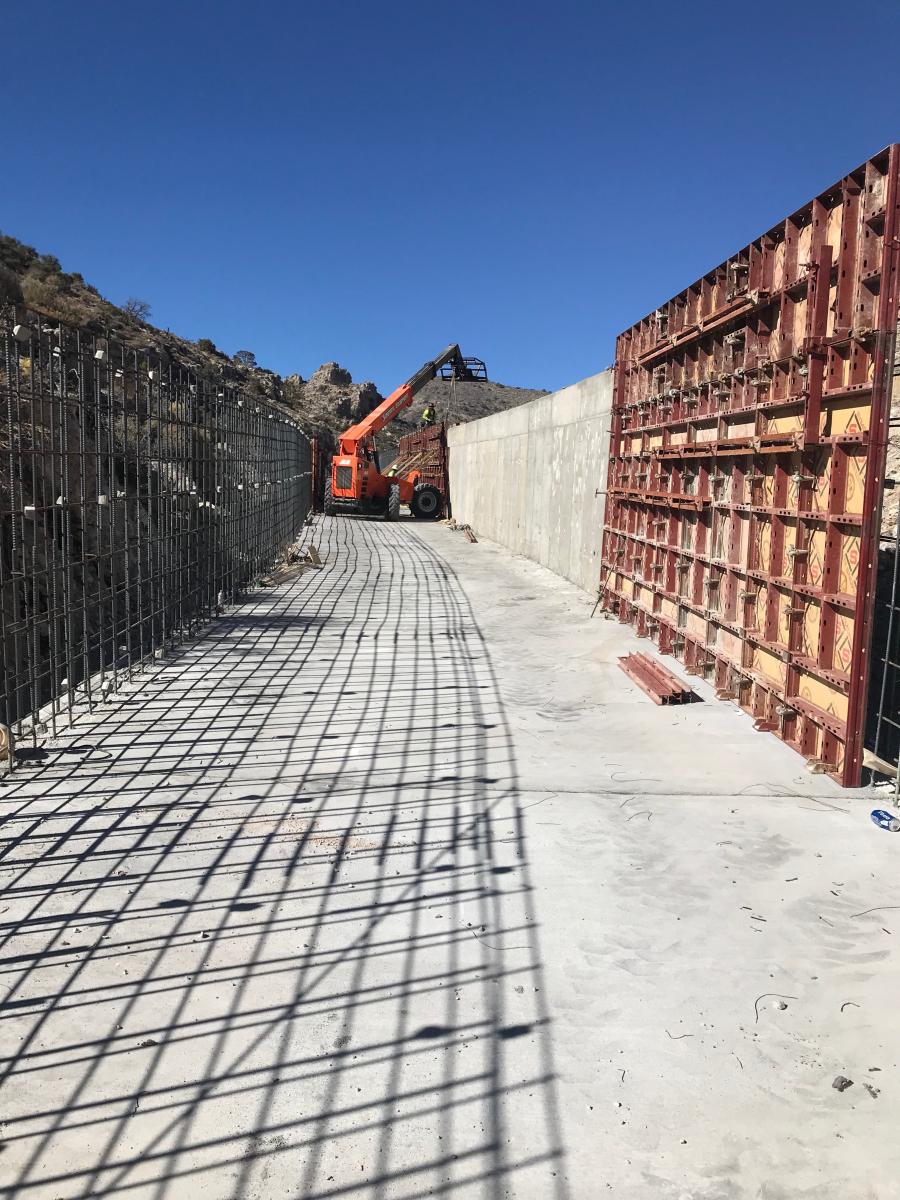 In addition to the demolition work, Adair cited the 75,000-ton forklift needed to set box culvert as a different aspect of the job rented from Komatsu Equipment

The project began in August 2018 and the projected completion date is August 2020. The job includes approximately 75 people, counting all employees and subcontractors.

"The project has gone smooth so far," Adair said. "The main challenges have been the cold weather, the rock cut and managing traffic flow. The safety of the traveling public is always our biggest concern."

Adair noted that the last portion of the job calls for a 21-mi. road bed modification.

"Road bed modification is an effective and economical way to stabilize soil with cement and avoid the costly removal of soil from the jobsite. Pulverizers grind the asphalt, and then we blend the soil with 2 percent cement. This method saves time and significantly cuts down on truck traffic that would otherwise be used to haul contaminated soil from a construction site," he said.

Equipment used on the job includes: