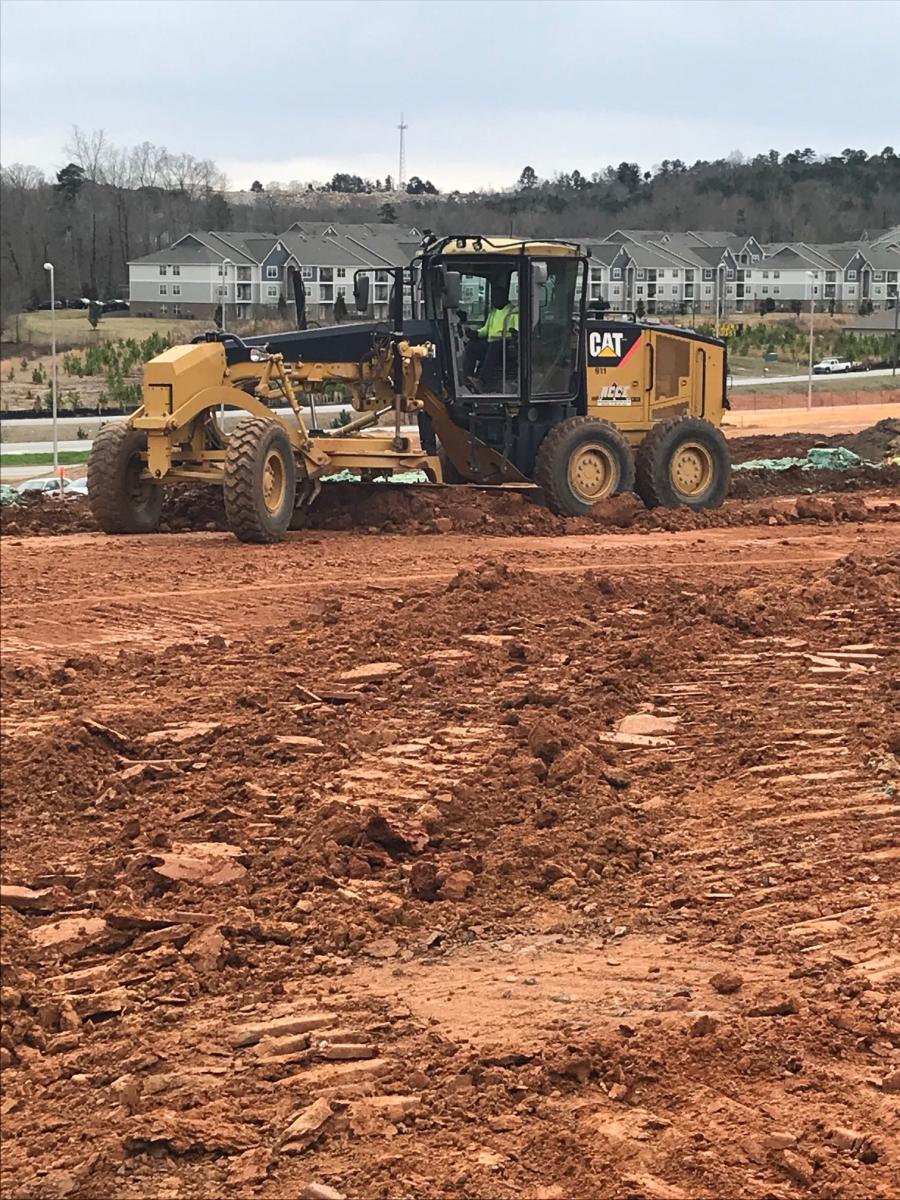 A motorgrader works the land in the initial stages of a $50 million development in Phenix City, Ala. (Eddie Campbell – Crossland Construction photo)

Construction crews in Phenix City, Ala., are making progress on a more than $20 million undertaking known as The Village at Crosswinds. When complete, the mixed-use project will offer medical, service-related businesses and retail options in what planners hope will be a regional destination.

"Phenix City is a very underserved market, with Columbus, Ga., immediately across the river," said eds-America President and CEO Patrick Denney. "This is a particularly excellent location, because the fast-growing communities of Fort Mitchell, Seale, Pittsview and the area surrounding The Village at Crosswinds are cut off from basic services. There are two colleges across the street from the development, in Troy University's Phenix City's Campus and Chattahoochee Valley Community College.

"The most surprising bonus for the site is the 35,000-plus vehicles per day traveling along Highway 431 South/North. It's the beach artery from the East Coast to 30-A/Fort Walton Beach. There are a number of dynamics in play that will contribute to the success of this development." 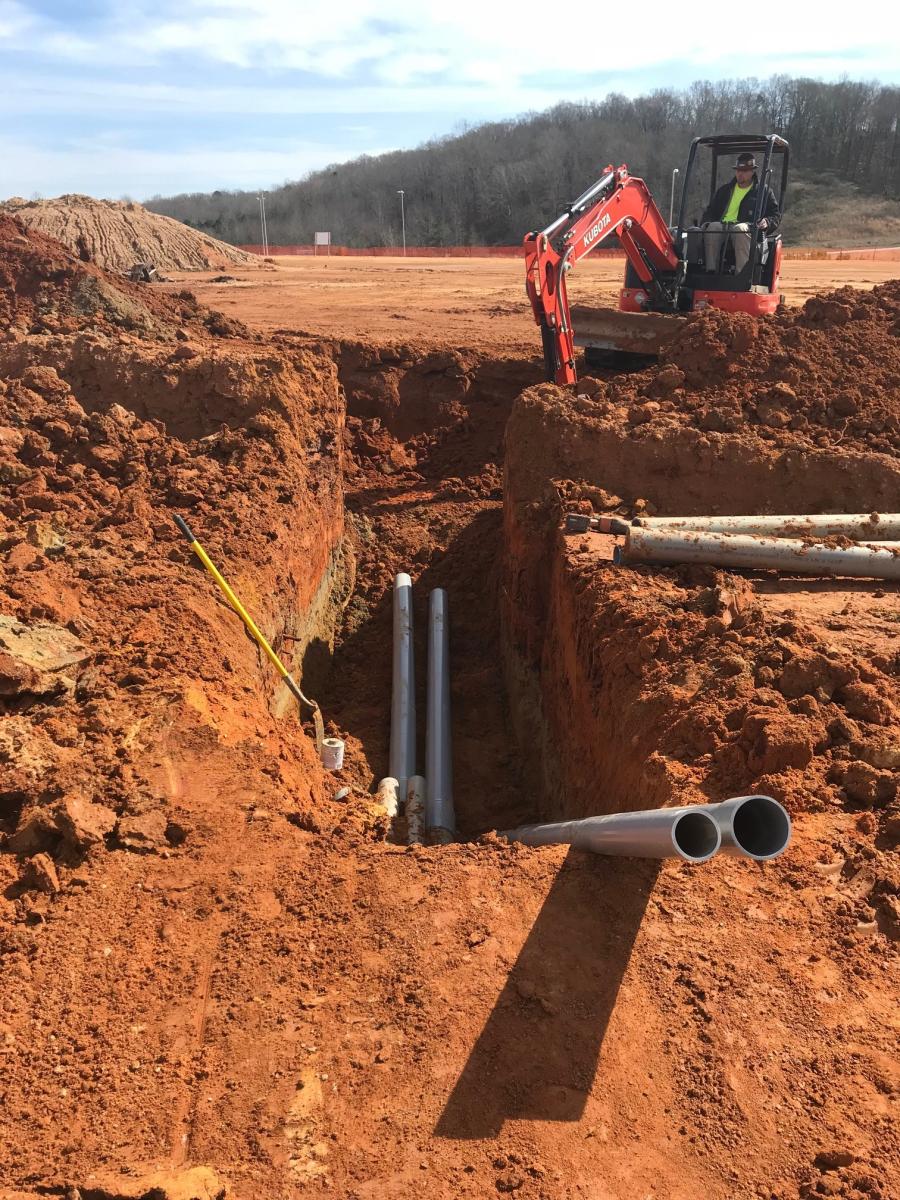 "We are focused on delivering what will be the best product in Phenix City, with it being a total tilt-wall package that will allow us to do many things. This will be new to the retail sector in this area. We build only institutional-quality developments. The mixed use of the development will be appealing to the market and serve as a destination development for the many travelers headed to the beach, as well.

"We believe local concepts are preferred in local communities these days. They often offer better quality goods and services, with a real focus on customer service. Plus, they tend to be more owner/operator-driven, which translates into more stability for the business. We do like new concepts to the market, and those that feel like they blend into the local market well, and don't seem so national franchise driven."

Renfroe's Market, a Montgomery, Ala.-based grocery store operator, will anchor the development in a 40,000-sq.-ft. building.

"We identified several grocers for the development, and met with many," Denney said. "As we got to know the Renfroes more and their desire to grow, we realized they were a perfect fit. It also fit nicely into their distribution pattern with grocery stores in Montgomery, Dadeville and now Phenix City. They are looking at more locations, but this will be their first true build-to-suit, thus giving them a prototype to development in other markets."

A groundbreaking ceremony was held in July 2018 to formally unveil the project, which will benefit from a rear entrance to Fort Benning.

"It was one of the biggest turnouts we've had," said Denney. "We heard time and again how important this project was for this part of Phenix City, which has often felt ignored and often times forgotten, even though in our opinion this area has the greatest potential for real growth. The more the city can offer its residents, the more successful it will be in recruiting new residents that would otherwise live in Columbus."

Denney said it's rewarding to see construction finally under way. 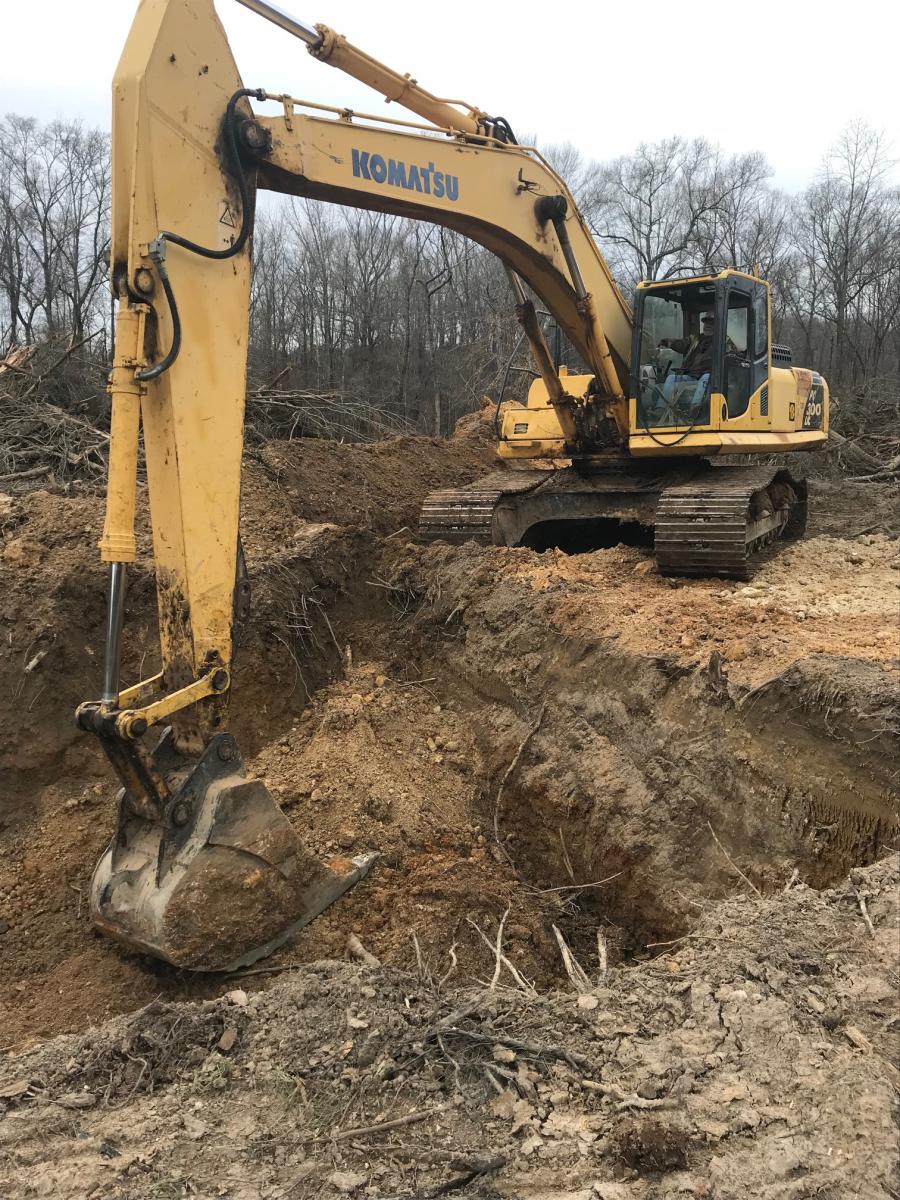 "It is the start of the real process of making it a reality, but all the hard work and perseverance goes into making it happen to begin with, or construction would never be possible. So much goes into finding the right anchor, tenants, as well as obtaining investors, financing, city incentives, buy-in from the community, etc.

"I'm as guilty as the next person, but when you see something coming out of the ground, you never really stop to think how hard it was for the developer, users and tenants to make it to that point. There are rewards all along the way — each step or benchmark reached, with the next coming right up and hitting you the face. It certainly isn't for the faint of heart. But we love it and understand the rules of the game."

As for the reaction from the community, Denney said, "While we have been very well-received, the more we are involved from a local level, we sense a lack of confidence and insecurity Phenix City feels with Columbus towering over them. They obsess over this, it seems, and they don't realize they can truly do anything they set their minds to and commit themselves to seeing projects through.

"I see this in many communities. They just don't know how to finish and realize its true potential."

Construction will feature tilt-wall structures, with deco stone and enhancements throughout. A number of businesses have reportedly shown interest in the project, and discussions are continuing. There will be approximately 65,000 sq. ft. retail and grocer space and seven to eight pads of new development. The total area is 22 acres, but in working with both adjacent landowners, officials have improved some 50 acres that will be ready for development.

The biggest challenges regarding construction have involved the volume amount of dirt moving and excavation required to level the grades, thus allowing access from the highway and visibility for the buildings. The site work required moving more than 250,000 cu. yds. of dirt, plus building several high retaining walls. 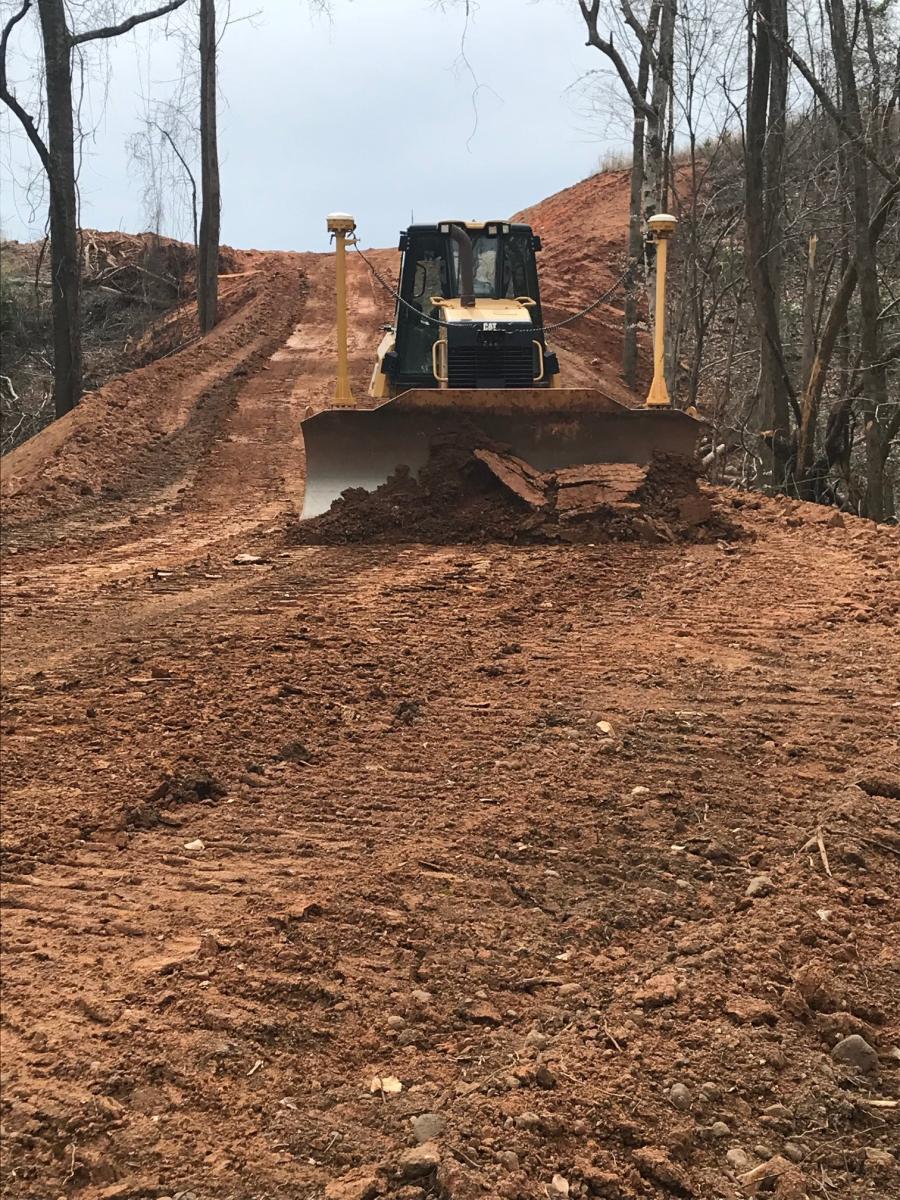 Work began in June 2018. Described as "virgin treed land," the property had to be cleared before construction could start, and various tasks have been delayed because of the elements.

"Weather has been a huge factor to date," said Denney. "We have lost over 90 days, due to inclement weather."

Key tasks yet to be carried out include moving the remaining 50,000 cu. yds. of dirt, finishing the storm and water underground systems and paving the city road and parking areas.

Phenix City, the seat of Russell County, is located in East Alabama along the west bank of the Chattahoochee River. Long associated with gambling, crime and corruption, the town was depicted in the 1955 film "The Phenix City Story," following the assassination of Albert Patterson, the Democratic nominee for state attorney general. Though it was once dubbed "the wickedest city in the United States," a dramatic cleanup decades ago put Phenix City on the right path. Today, it's the county's largest metropolitan area and is committed to future development.

"This community is beyond excited about the new Village at Crosswinds project," said Mayor Eddie Lowe. "We are anticipating a construction time frame of approximately 20 more months, with an economic impact of three times the construction cost, which equates to $50 million for the Phenix City community.

"Many of our residents are eagerly awaiting the convenience of the shopping options the development will bring to the area, especially the hundreds of families who live in the Fort Mitchell part of Russell County. We believe this will also be a stop for the thousands of beachgoers traveling this way to the Florida beaches."

Lowe described the development as the beginning of more retail and commercial prospects for East Alabama, which will lead to future investment opportunities.

"We have always viewed Columbus as our neighbor and as partner, and when positive things happen, we know it means increased economic and quality of life improvements for the entire Chattahoochee Valley.

"We hope the property will be completed on time and have already been entertaining conversations with people who are ready to sign leases. We anticipate a very short lease up time for the entire project, including the side parcels."

Said Lowe, "Phenix City is moving in a positive direction, and our opportunities seem to be boundless. This mixed-use development will result in a stunning and easy to access development that will sustain population growth in the region for years to come."