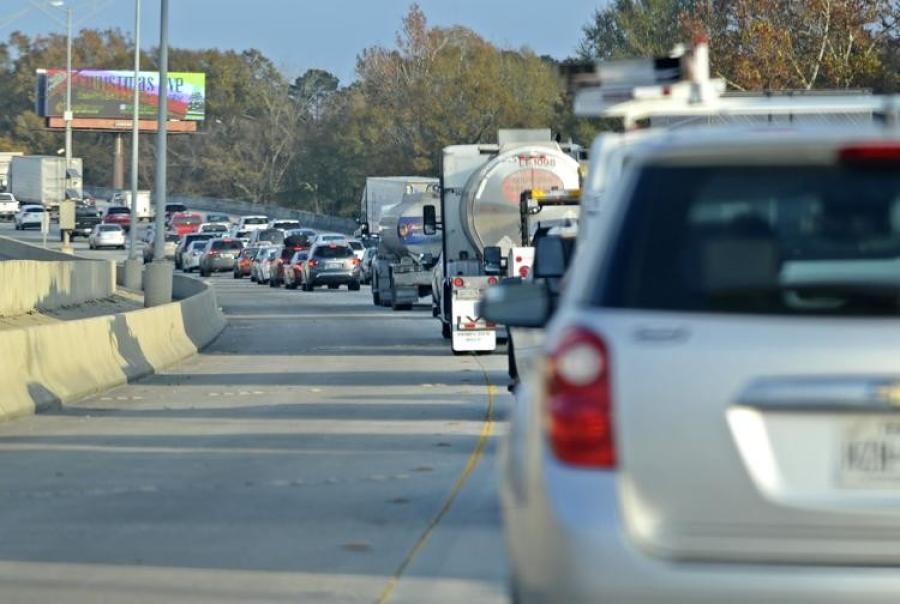 The move is aimed at easing the daily gridlock on the 15-mi. stretch between the I-10/I-12 split and Walker, on the east side of the capital city, especially during morning and evening commutes. (The Advocate photo)

A plan to convert a section of Interstate 12 in the Baton Rouge area from shoulder space to a high occupancy vehicle (HOV) lane in each direction should be reality in 2021, Louisiana's transportation chief said recently.

The idea, which first surfaced in 2015, was authorized by the state's Legislature last year through a bill that gives Shawn Wilson, secretary of Louisiana's Department of Transportation and Development (DOTD), the authority to make the conversion.

The move is aimed at easing the daily gridlock on the 15-mi. stretch between the I-10/I-12 split and Walker, on the east side of the capital city, especially during morning and evening commutes.

In June, Wilson asked the Joint Transportation Committee, which includes members from the House and Senate, for permission to put all the work into one contract to speed the process.

Wilson said the expansion carries several advantages, especially since the state has a $14 billion backlog of road and bridge projects and an unwillingness by state leaders to raise the state gas tax — the chief source of transportation aid.

"It allows us to increase the capacity of I-12," Wilson said. "It is a low-cost way of doing it. I don't have to build new pavement."

The total cost of the work is unclear.

Wilson said new striping will cost about $2 million and some of that work can be done at night.

The HOV lanes will be limited during morning and evening commutes to cars and trucks with two or more people.

During other times it would be available for other motorists willing to pay perhaps five or seven cents per mile.

In both cases moving some vehicles to an HOV lane will lighten traffic on the free lanes.

Similar conversions of shoulder lanes to HOV lanes could eventually take place on other stretches of I-12, Wilson said.

Whether the state will rely on license plates, stickers or other methods to collect payments has not been decided, however, all payments will be electronic.

The state is asking for permission to make the work a public/private partnership rather than splitting it into three contracts: construction, engineering and operations.

Officials plan to ask for authority to use a transportation services contract, which Wilson said offers more flexibility.

InfrastructureLouisianaLouisiana Department of Transportation and Development