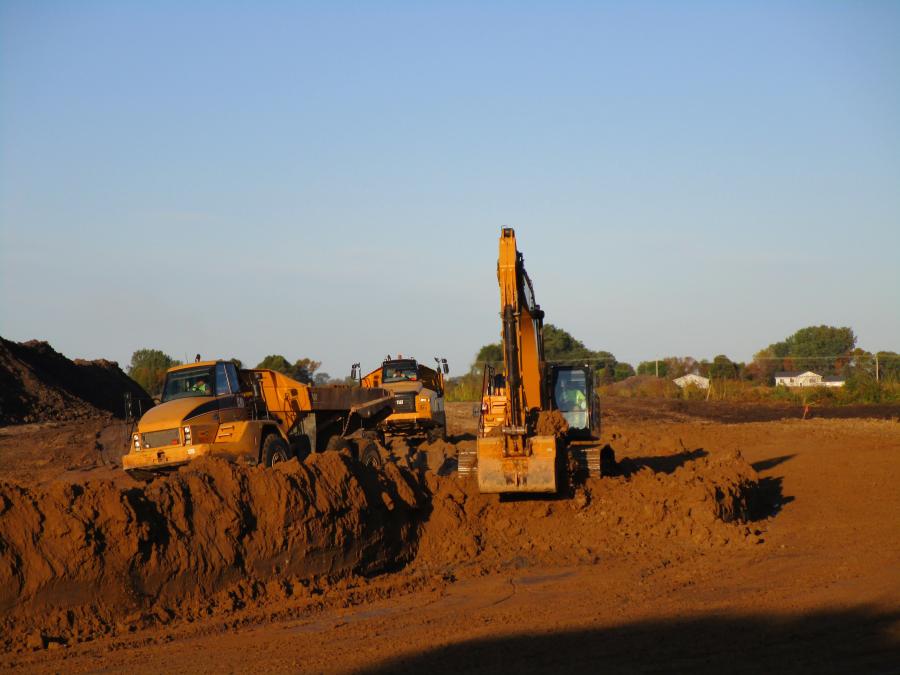 The highway and rail project, which should be completed in November 2022, is being financed with funds from BNSF Railway, MnDOT, Kandiyohi County and a TIGER Grant through the Federal Rail Administration. (Minnesota Department of Transportation photo)

The contract was awarded to Hoffman Construction and the initial work has consisted of clearing and grubbing operations and geotechnical borings to better understand the soil conditions that may impact the construction. 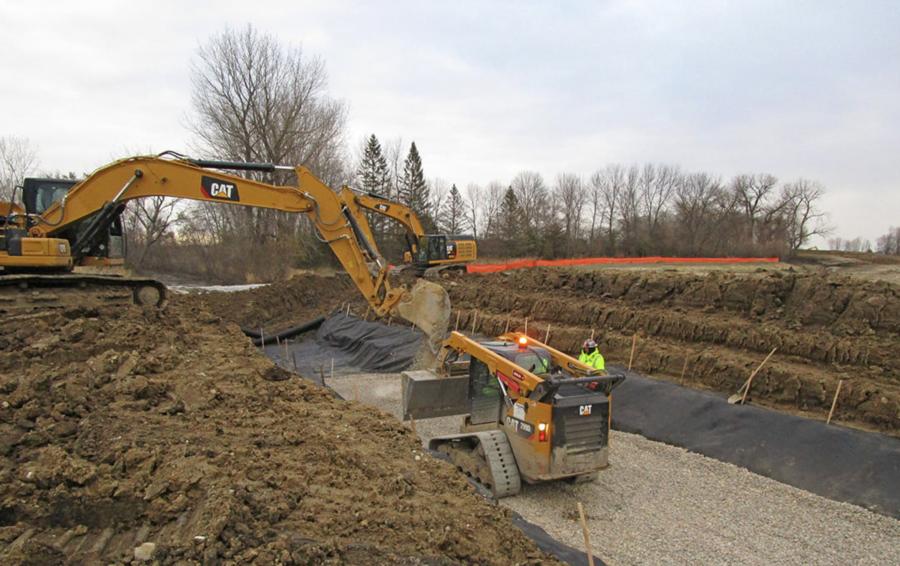 The highway and rail project, which should be completed in November 2022, is being financed with funds from BNSF Railway, MnDOT, Kandiyohi County and a TIGER Grant through the Federal Rail Administration. The city is contributing land from the former Willmar Municipal Airport to the project.

The project will add a 2.5-mi. rail connection between the Morris and Marshall subdivisions of the BNSF rail lines at the west edge of Willmar and to facilitate the new rail line and better move freight through the city. U.S. 12 and MN 40 will be reconstructed to go over the new railway.

Planning for the project began several years ago. 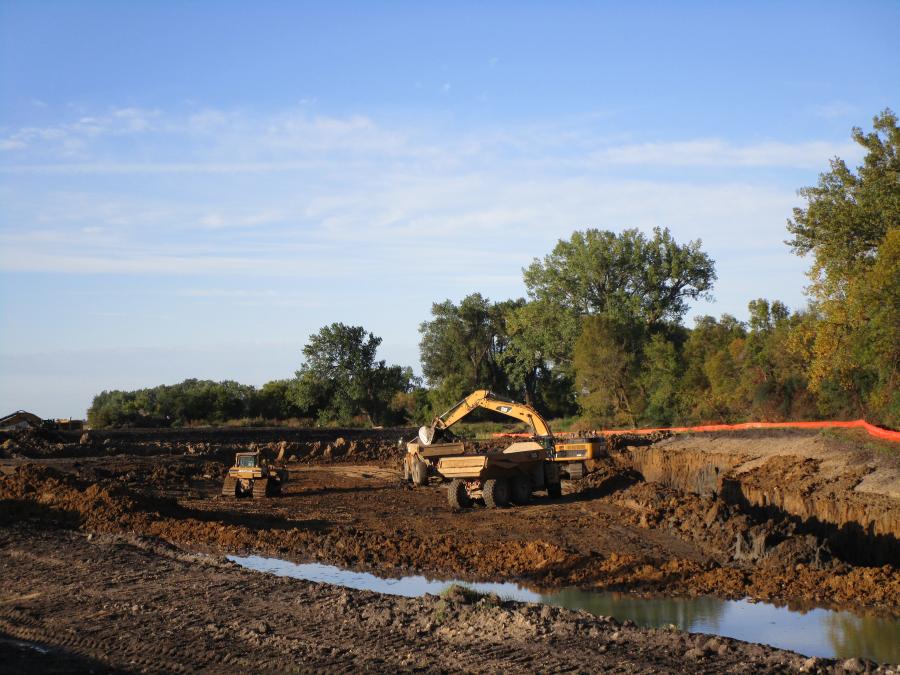 The project also will help to stimulate local economic growth and increase multi-modal opportunities for shippers by providing a rail spur in to the new industrial park being created on the site of the former airport.

BNSF approached MnDOT, Kandiyohi County and Willmar to start this project. The majority of the roadway portion of the project is being constructed prior to the placement of the new rail line, so interaction will be minimal.

Bolton & Menk Inc. is responsible for the design of project components.

"The major design challenges revolve around the large bridge embankments that are being constructed on very soft clay soils with a high-water table," said Rasmussen. "The design incorporates two round-a-bouts on Highway 12 to accommodate trucks entering the industrial park."

The weather is a factor for the general contractor.

"The historically wet spring and high-water table, in conjunction with very poor soils, created a huge challenge," said Todd Hoehn, project manager of Hoffman. "Hoffman is working extended hours — 13-hour days/six days a week — when the weather is cooperative. This is a three-year project consisting of multiple stages. The majority of the earth work is scheduled to be complete by the end of 2019. The added detour of TH 40 allows for all the earth work to be completed in 2019 as well. The bridge work will start this November and be completed by mid-summer of 2020. By mid-summer of 2020 it is planned to have traffic on the new USH 12 alignment. 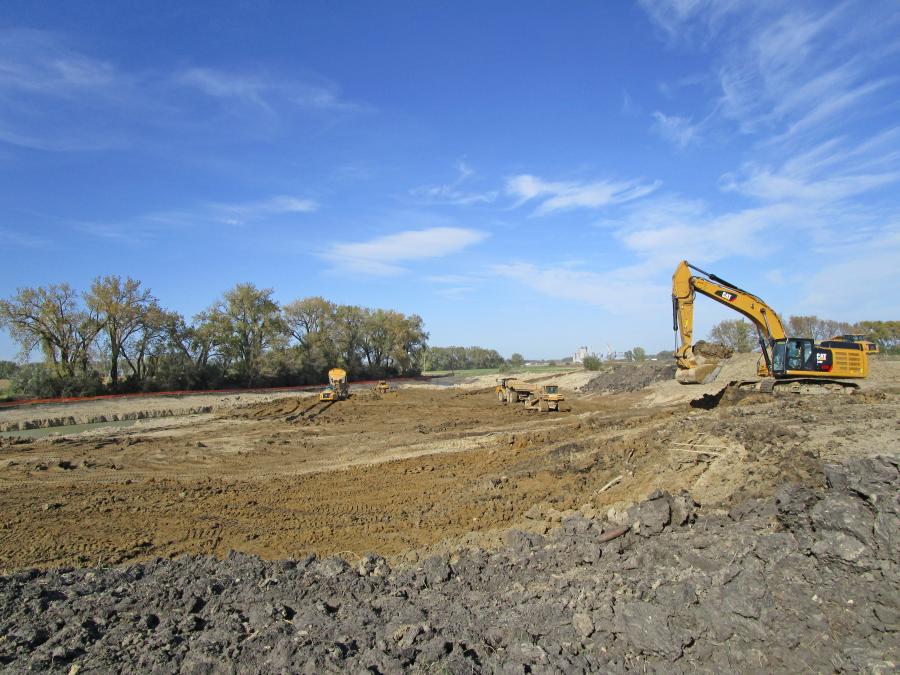 "Although the earth work will shut down during the winter, our bridge contractor is planning to construct the substructures of both bridges to allow pouring of the decks when the weather allows in the spring," he added. "Hoffman is bringing more than 70 years of experience to the project with our project manager and superintendents. They all have a very diversified palate of earthmoving experience and management of large highway projects."

Cooperation with BNSF is crucial to the success of the project.

"Work in conjunction with BNSF is very limited at this point," said Hoehn. "The project is intended to allow for future expansion of a southbound railway line and only minor work near the existing railway is anticipated. Soil issues continue to be the biggest issue. With the silty soils, any rain hinders production and progress."

Lunda is preparing the construction plan and schedule for the bridge work, which are slated for completion by mid-July of 2020.

It is too early at this point to determine the full amounts of the materials that will be removed, and the amounts of concrete, asphalt, steel and other materials to be brought in. 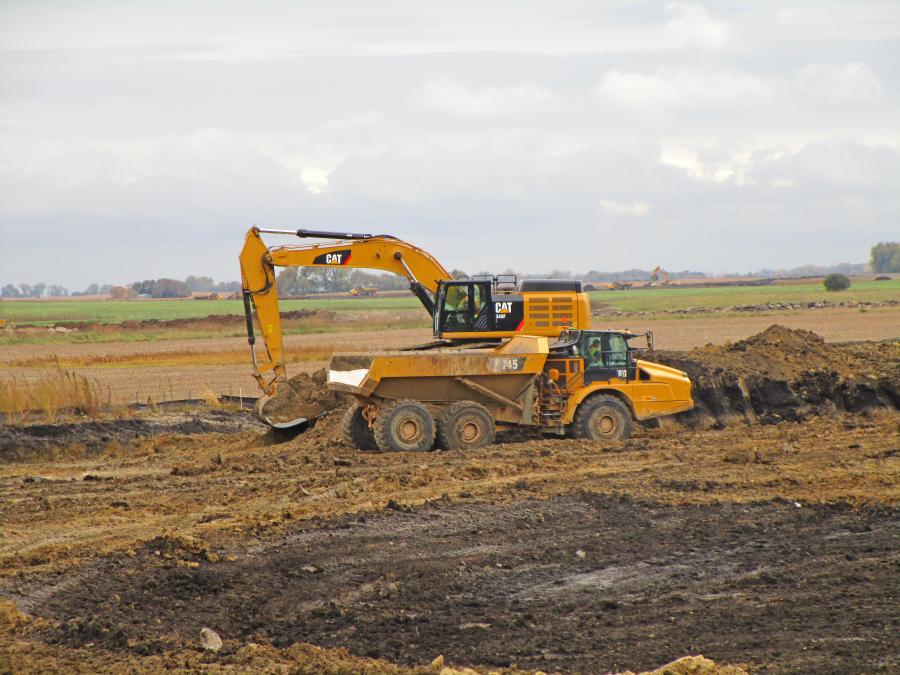 Hoffman purchases and rents its Cat equipment from Fabick Cat in Wisconsin. CEG