A delicate, sky-high rescue was necessary June 29 when an injured worker was brought down from the 12th floor of a construction site. 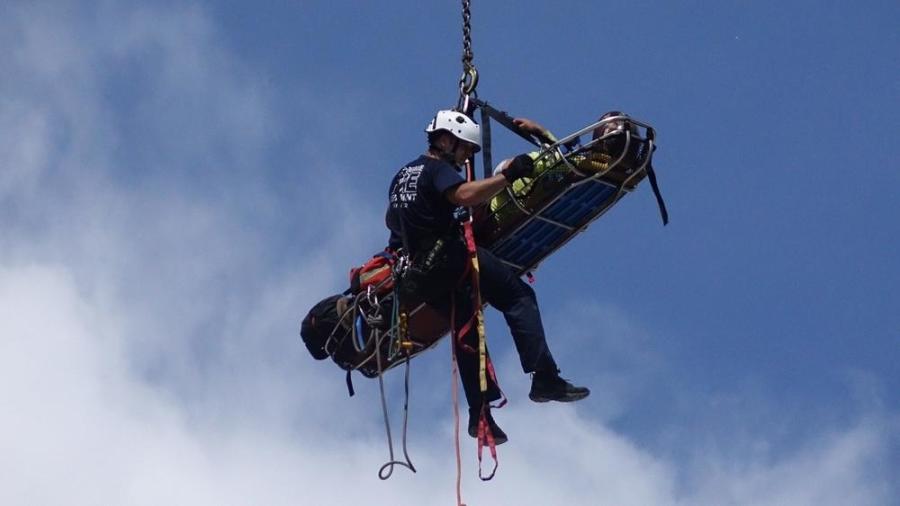 An injured worker was brought down by a tall crane from the 12th floor of a construction site in Fort Lauderdale. (sun-sentinel.com photo)

A delicate, sky-high rescue was necessary Thursday when an injured worker was brought down from the 12th floor of a downtown Fort Lauderdale construction site.

The incident unfolded about 10 a.m. at 299 N. Federal Highway, where a building is under construction.

Teams from Fort Lauderdale Fire Rescue used a type of stretcher called a Stokes basket — connected to a tall crane being used for the construction job — to slowly lower the worker to ground level.

Officials said lowering the injured worker by crane was “the best course of action” rather than using the site's temporary external elevator system or a rescue ladder.

The worker was accompanied by a member of the Fort Lauderdale Fire Rescue Department and the two men were lowered slow and steady.

The worker is believed to have had a back injury. He was taken to the hospital, officials said.

“In this situation, it's basically keep him calm,” said Kenneth Interien of the Fort Lauderdale Fire Rescue Department. “We train on this all the time, so for us it's kinda like second nature.”

The identity of the injured worker has not been released.