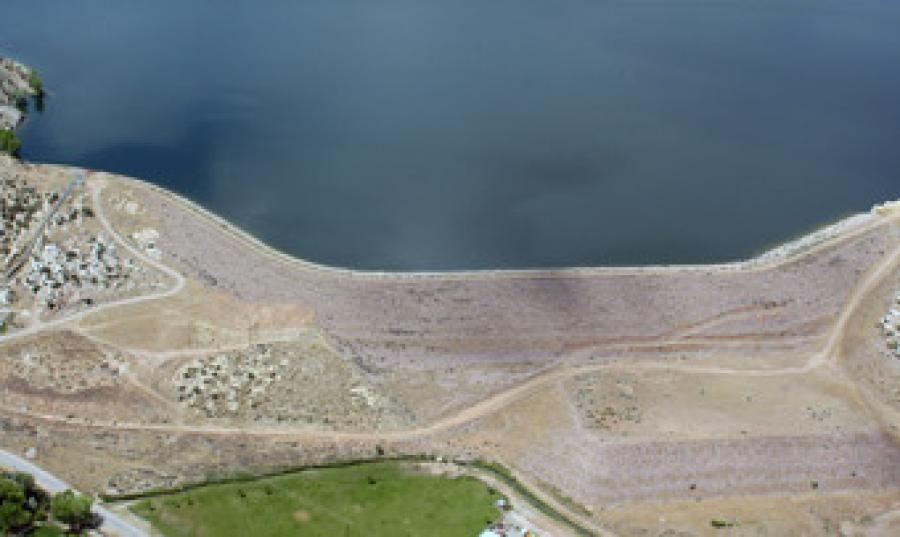 The Department of the Interior's Bureau of Reclamation awarded a $17.68 million contract for modification work at Steinaker Dam. (usbr.gov photo)

On April 19, the Department of the Interior's Bureau of Reclamation awarded a $17.68 million contract to Weeminuche Construction Authority of Towaoc, Colo., owned by the Ute Mountain Ute Tribe, for modification work at Steinaker Dam near Vernal, Utah.

“This award represents the administration's commitment to infrastructure improvement, public safety, and supporting the tribe in building its economy,” Secretary of the Interior Ryan Zinke said.

“Beyond improving the structure of Steinaker Dam, this work will result in a safer facility that will better serve water users and protect the surrounding community,” said Reclamation Commissioner Brenda Burman.

Steinaker Dam impounds an important off-stream reservoir fed by flows diverted from Ashley Creek via a two-mile feeder canal. It is an important part of the Central Utah Project and provides reliable water for Vernal and Jensen Unit CUP lands. Restricted operations have been in place at the dam since 2014 when a slope failure was observed on the upstream face of the right abutment. Upon completion of work under this contract, Reclamation anticipates a return to full and normal operations at the dam.

The firm, fixed-price construction contract will correct the problem at the right abutment. The work will include extending the existing outlet works concrete conduit with a steel-lined, concrete-encased conduit upstream; constructing a new cast-in-place concrete intake structure; and reconstruction of the embankment, including flattening the adjacent upstream slope.

Reclamation previously completed a full environmental assessment of the modification project, which resulted in a January 2017 Finding of No Significant Impact.