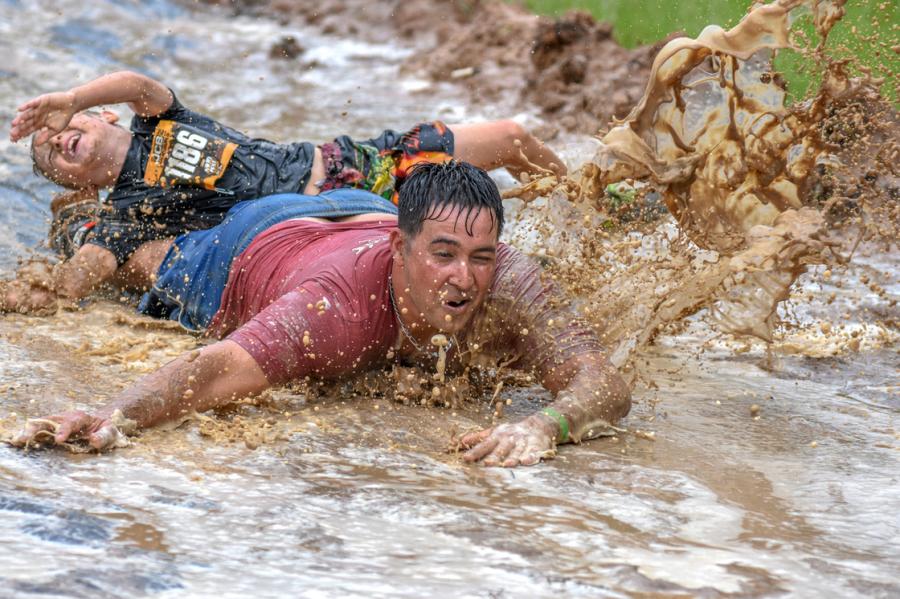 The runners tackled numerous trails in between that tested their endurance and willingness to get muddy.

On Saturday, June 18, the JCB Mud Run celebrated its fifth year. Racers even had some new options. They could participate in the traditional five-mile course or opt for a shorter 5K distance. They also had the choice to register as a solo runner or as part of a team.

“JCB is always proud to open our campus to the community," said Thom Peebles, Vice President of Marketing for JCB North America. "What better way to do that than to host an event built by the equipment we manufacturer in Savannah? Today is an especially great day because we hosted a record 1,500 runners, with proceeds being donated to The Lady Bamford Center.”

Runners completed 43 obstacles, including a splash through the JCB lake thanks to sponsors JE Dunn and the Savannah Hilton Head International Airport. They tackled numerous trails in between that tested their endurance and willingness to get muddy before approaching an oversized “mud slide” just in front of the finish line, a new feature this year that proved popular among participants and spectators alike. After completing the course, each racer received a finisher's medal donated by Seacrest Partners.

After the races, participants rinsed off at one of several JCB-style shower stations sponsored by Sunbelt Rentals. They then partied it up at a Coca-Cola-sponsored “Battle of the Bands” in the post-race “Party Pit." The field was narrowed to four bands including Tyler Kindle Music, the Ryan Capelli Band, Wassaw Sound and Lyn Avenue. While listening to the music, runners enjoyed food from Enmarket.

“We thoroughly thank each and every sponsor, runner, volunteer and media outlet that supported this event,” said Pam Veiock, Marketing Specialist for JCB. “The success of this year's run is the result of a true, community-wide effort.”

MudFest benefits The Lady Bamford Center for Early Childhood Development. Operated by Wesley Community Centers of Savannah, the Lady Bamford Center provides education and social skills development to children from six weeks to four years of age. Located at 1410 Richard Street in West Savannah, the Center offers priority admission to children from homeless and low-income families, as well as children with physical, mental or emotional challenges. Its interactive curriculum prepares young children for kindergarten and elementary school and helps them compete with other children academically. The Lady Bamford Center is accredited by the National Association for the Education of Young Children (NAEYC). Fewer than eight percent of all early childhood centers in the United States receive this prestigious honor.