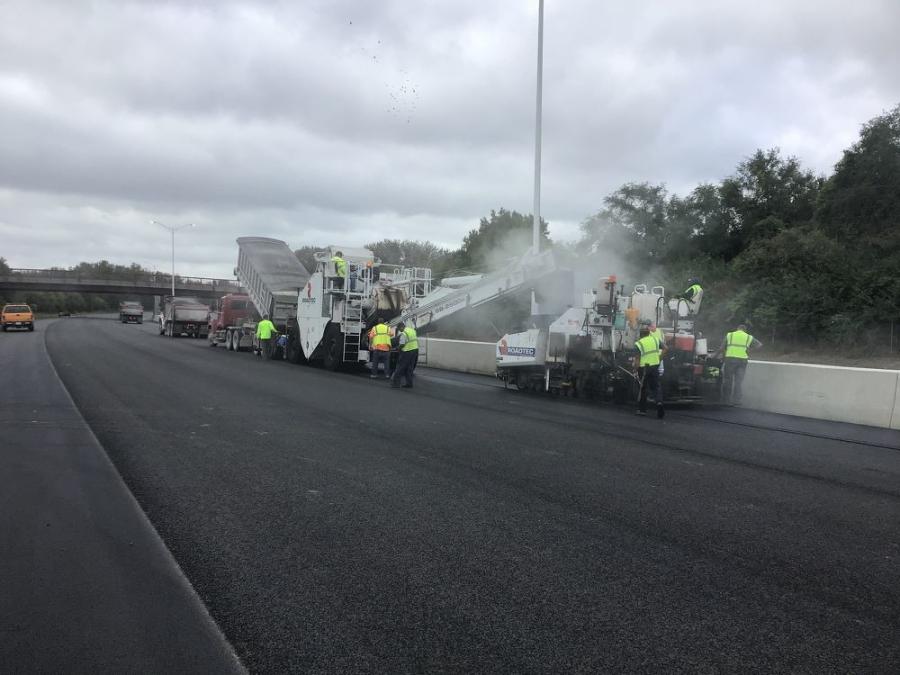 The full closure saves time, as well as money, allowing the project to be completed in just 10 months, rather than four years, saving taxpayers $14 million. (IDOT photo)

Crews in Illinois have put the finishing touches on a major rehabilitation effort that required closing an interstate for one construction season. The $67.3 million I-255 project called for rehabilitating and resurfacing approximately 7 mi. of I-255 from Collinsville Road to Illinois 15 in two sections separated by Interstate 64. At issue was a badly deteriorated section of interstate in the St. Louis Metro East area. 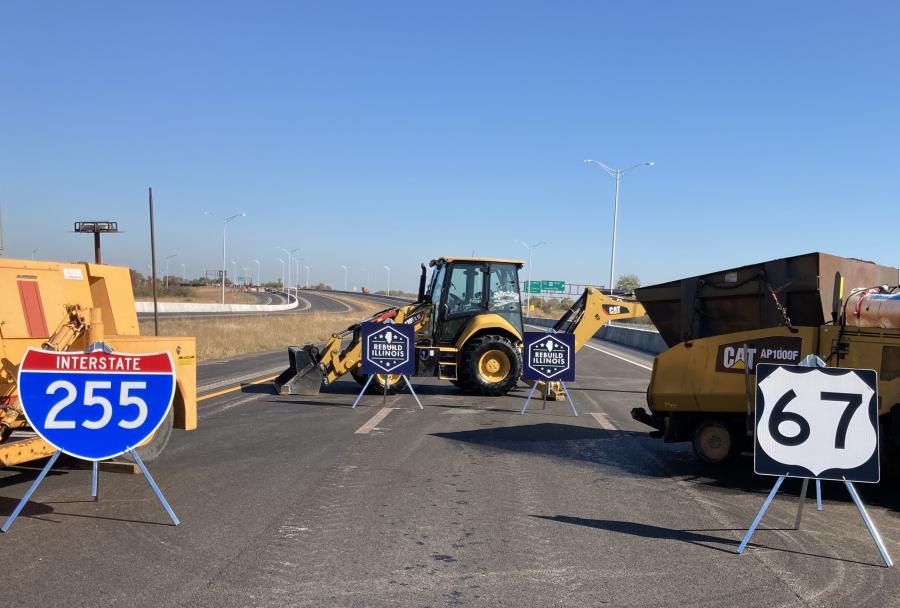 The contract was awarded in December 2019, with pre-closure work beginning in early January 2020.

The project was due to complete in November, but was opened a full month ahead of schedule.

Cumby said constructing the project under full closures was safer for both motorists and workers by providing a full separation. The full closure saves time, as well as money, allowing the project to be completed in just 10 months, rather than four years with traditional staging methods. By utilizing full closures on the project, taxpayers save $14 million.

Under traditional staging, the existing pavement would not have been able to withstand the stresses of all the traffic being confined to just one lane, and would have resulted in emergency closures, with no warning and no defined detours.

The joint venture of The Kilian Corporation and Keeley & Sons Inc. served as the prime contractor. A diverse team of local subcontractors and trucking firms was secured to accomplish the large volume of work.

"The prime contractors also hired a diverse workforce, and have been working very closely with the local trade organizations to hire a workforce that is representative of the area," said Cumby. "Approximately $13 million worth of work was accomplished by disadvantaged business enterprises."

Cumby noted that the undertaking was identified through a multi-year process of project identification, based upon the condition of the bridges and pavement. The engineering for the project was started and it progressed through the Rebuild Illinois program.

"The Rebuild Illinois capital program is a $45 billion project to restore the state's aging transportation system," said Cumby. "The funding for the program comes from the state's gambling expansion, increased fees at the driver's services facilities, doubling of the gas tax and a higher tax on tobacco.

"Illinois is the sixth largest state, and the transportation hub of the nation, but it hadn't had a comprehensive capital plan since 2009. As a result, Illinois infrastructure was in dire shape, with a $30 million maintenance backlog. The state also was in danger of losing federal funds, due to historically insufficient funding commitments by the state and deteriorating system conditions. Not only is Rebuild Illinois the largest capital project in state history, it is one that will affect all modes of transportation." CEG