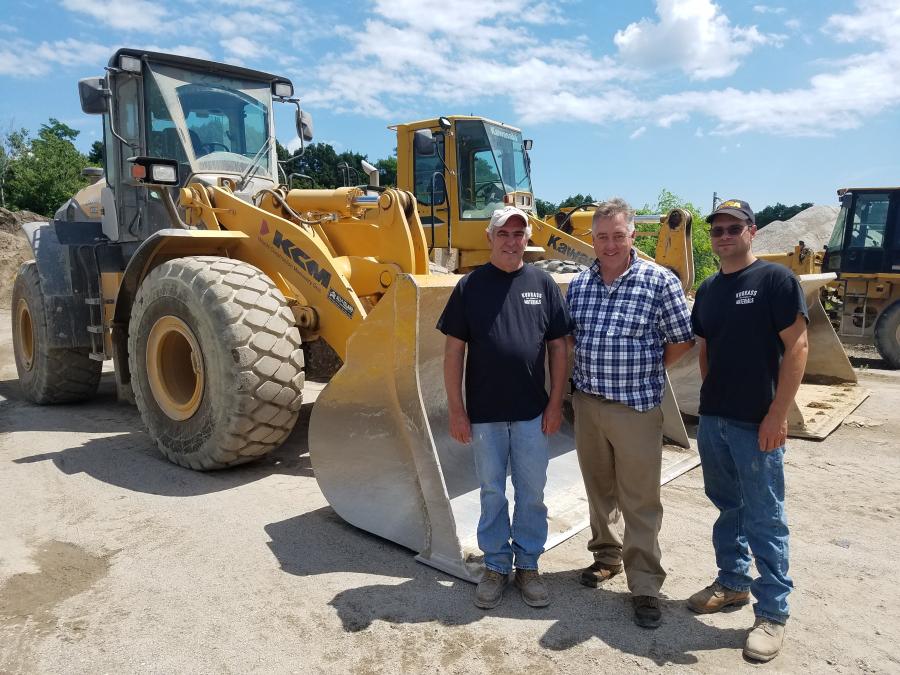 Kurrass Materials, located in Long Island/East Patchogue, N.Y., recycles concrete and asphalt into RCA (recycled road base) and screens topsoil and sand. The company also makes “specialty items” out of the concrete that other people don't want to make, according to Norman K. Kurrass.

“We make some crazy things out of concrete,” he said.

Norman K. is the third in a line of Kurrass men working for the family business. His son, Norman L., also works for the company.

The recycling yard was founded in 1978, but the family businesses date back decades earlier. Norman K.'s grandfather, Martin Luther Kurrass, was in the excavating business in the 1930s and his father Norman Luther Kurrass followed in his footsteps as an excavation contractor in the early 1950s.

Kurrass Materials receives its product from contractors, and primarily sells it back to contractors and municipalities.

All this crushing and screening takes place in Kurrass Materials' yard, which at 3 ½ acres is considered a small yard. Kurrass uses an Eagle Crusher 0500, an older Finlay 312C and a Reed Screen RD40 that that is used for scalping. An older Powerscreen 1x8 screen also pulls its weight. 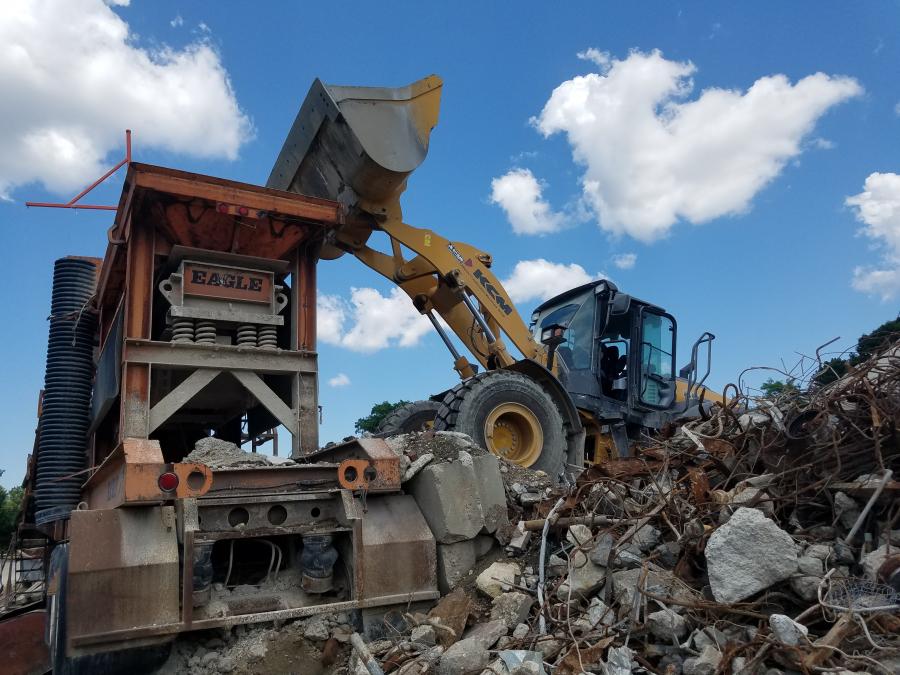 Putting the material into each screening plant or running it into the crusher or stock piling and moving the material that is already processed calls for the use of wheel loaders. Kurrass uses an older Kawasaki 80zv-2 and a new KCM/Hitachi 80z7 wheel loader every day, often in excess of 60 hours a week, each.

“[The Kawasaki's] are probably one of the most comfortable payloads I have ever run,” Norman K. said in explaining their decision in purchasing the 80z7. “The other thing that we noticed is on the other newer models the hydraulics don't seem to respond as fast as they do on the Kawasaki's. The response time seems to be much better on the Kawasaki's. We had so much good luck with the 80 that we didn't even consider going anywhere else.”

“The 80z7 will pick up pretty much anything I can get into the bucket,” Norman L. said. “It's a very, very smooth machine. We tried multiple machines before buying this one. The response of the controls to the bucket are awesome compared to some of the other things we tried out there. We went back to the Kawasaki KCM because it was so smooth, strong and working with Gary [Wade, of All Island Equipment] was always a good thing also. We never had a problem with any service.”

Working With All Island

The Kurrass's have been doing business with Wade and All Island for nearly 20 years.

“We haven't had any major problems that I can think of,” he added. “When we bought the new one, we had a few hydraulic leaks where the lines were loose and we called him and he had a guy here the same day. We haven't had a major problem with either one of the two machines. It was all little things. That's one of the reasons we stuck with them.

“We found that some of the other dealers will tell you that you have to bring the machines [to them]. Gary comes out and services them. He takes care of them. He's very good that way.”

The current regulations in New York say processed material must be separated.

“So, if they do a road job and they bring in asphalt and concrete and dirt mixed together, we are not allowed to process it like that,” Norman L. said. “We have to separate everything out. It's a very odd law that just passed and none of us can understand why. We are allowed to process the asphalt separately, but we can't process it in our RCA, with brick and concrete. That law just passed in May of this year [2018].

For more information on All Island Equipment, call 631/643-2605, or visit http://www.allislandequipment.com/.