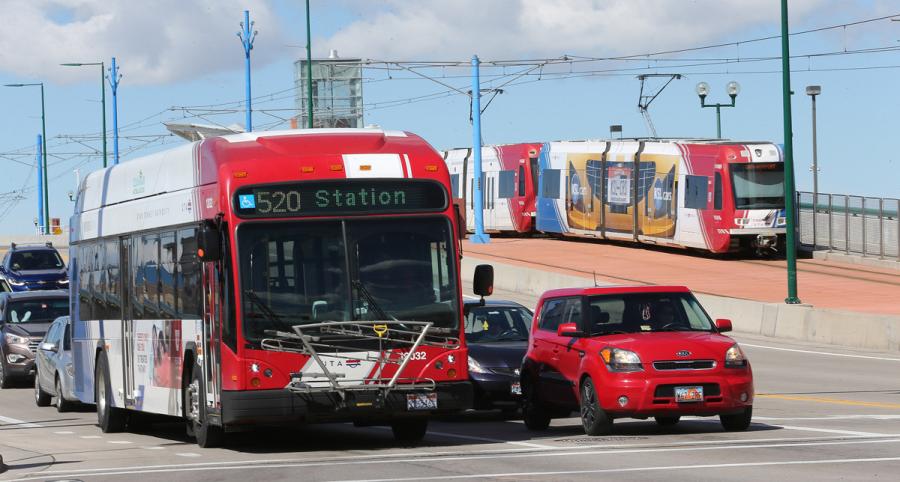 A massive 222-page transportation bill passed by the Utah Legislature this spring will likely see future highway projects impacting both transit and infrastructure get the green light for funding more quickly than those projects not intermodal.

“I would say the most impactful change would be that we are moving to this intermodal planning,” said Elizabeth Weight, legislative and communications analyst with the Utah Department of Transportation. “Utah Transit Authority is a partner of ours. While they program and build and operate their own system, you can't ignore that roads and transit benefit each other. The main difference is the funding is going to be prioritized only for new transit infrastructure.”

One example of a project that would be moved higher up the priority list is a Bus Rapid Transit (BRT) project. It includes a lane and stripping for buses, but it is also a roadway project.

Another example would be a project that Weight describes as resolving a “last mile problem.”

“I live in suburb and I would have to drive my car to get to a transit stop. That last mile is a barrier to me using transit,” she said.

So, a project that would allow Weight to walk to the transit stop would again be a higher priority.

The need for the legislation stems from forecasts that see Utah's population doubling by the year 2050.

“We're basically building as fast as we can while still doing proactive maintenance so we don't have to go back and rebuild projects,” Weight said. “We've got that finite budget and it's not practical for us to double our infrastructure at the same speed our population will double. Our population will outpace infrastructure pace. We need to make the best use we can of our transit and roadway infrastructure.”

Another component of the bill is technology.

“Our legislators have been really good at exercising forethought for us to implement technology that will help with optimization of the system,” Weight said. “Down the road, my expectation would be we will be building infrastructure that includes technology to support connected autonomous vehicles. Right now, that is very much in the future.”

The biggest impact will be felt by government agencies and the traveling public, Weight said. “I'm hoping what we'll see is a better optimized system.”

The Salt Lake Chamber also weighed in on how the bill impacts the state's transportation, calling it the “most talked about and debated of the session,” and one that rebrands and restructures the Utah Transit Authority.

“The 222 pages outline a complete transformation of the state's transportation governance and funding structures that will help lead Utah to greater economic growth, enhanced quality of life and future prosperity.”

In the blog post on Utahpolicy.com, the Chamber outlined three significant impacts of the bill:

2. Transit, transit, transit. Before this legislation, Utah was 1 of only 4 states that didn't have some sort of state funding for transit. … With our state's population expected to double over the next 40 years, endlessly building new roads is simply not feasible. There must be a stronger emphasis on a multi-modal transportation network that results in more transportation choices within well-planned communities throughout the state. The bill sets forth several mechanisms for state-funded transit projects, including the transfer of approximately $5 million per year into the new state transit account for statewide transit capital projects. It also empowers counties with (or planning to have) transit service to impose a .20 percent local option sales tax specifically for local transit capital projects or improvements.