Let There Be Portable Light

Light towers today have evolved light years beyond what they were more than a century and a half ago. 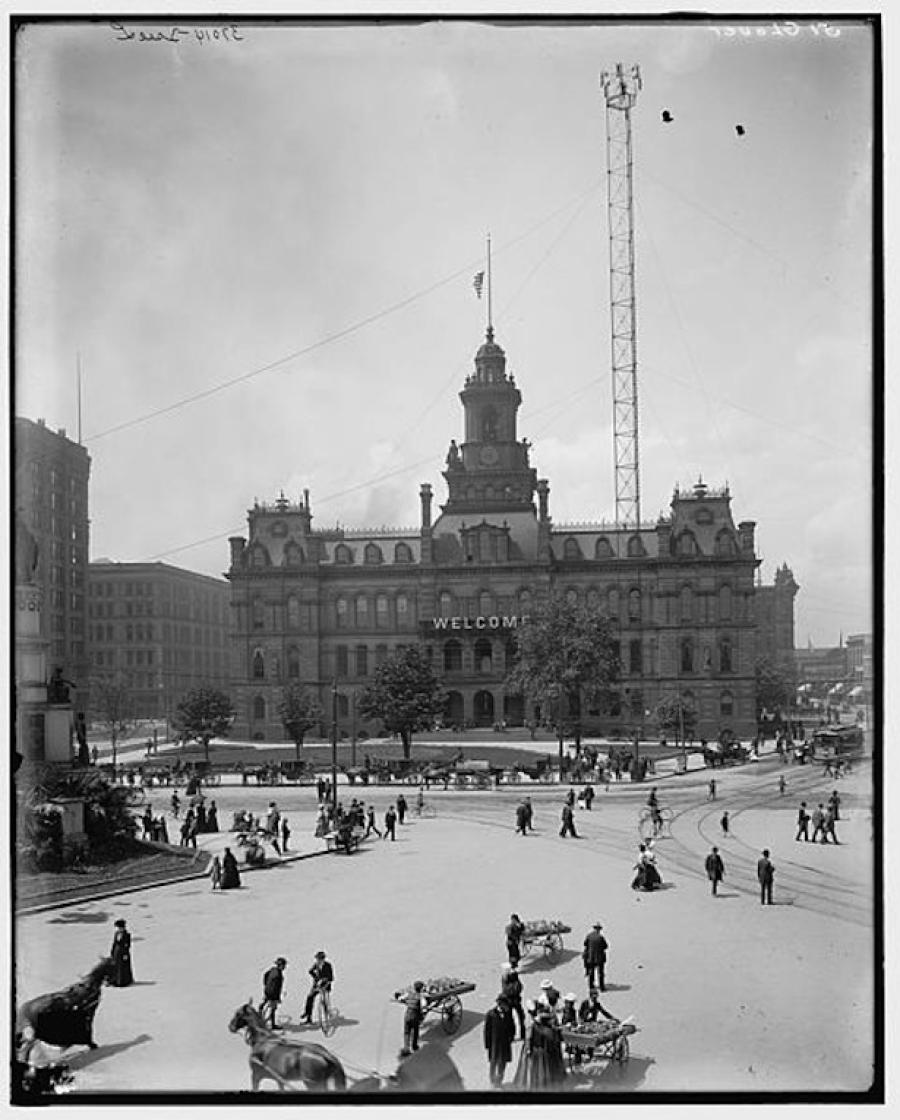 Light towers today have evolved light years beyond what they were more than a century and a half ago.

In the early 1800s, English inventor Sir Humphrey Davy found that he could form a very bright arc of light using charcoal sticks and a 2,000-cell battery. When the rods were placed 4 in. (10 cm) apart, he discovered light was produced. The "arch light," as Davy initially called it, was among the first commercial uses for electricity.

To create the arc, the rods are touched together, which creates the arc. As the rods are separated, an electric current maintains the arc and heat is produced. An extremely bright, intense light is the result of ionized gas, produced by the carbon tips, vaporizing due to the heat.

In the 1870s, Charles E. Brush, an inventor and follower of Davy, was designing his "dynamo" — also known as an electrical generator — for powering his arc lights. The Franklin Institute in Philadelphia, Pa., deemed Brush's design "superior" to other dynamos that existed at the time. He also refined his arc light design, and along with the dynamo, he was able to sell these systems to cities and towns for municipal lighting.

Although the arc light (its shortened name) was too powerful for indoor lighting, American municipalities were looking for a way to illuminate outdoor spaces, especially city streets. Arc lights were an inexpensive form of electricity and cities and towns began to erect oil-rig-like structures to hold "manmade moons," which lit up the night sky.

At peak in the early 1900s, more than 700,000 arc lights were installed in cities across the United States, illuminating entire towns. There also were many other uses for the system, including lighting up mills, harbors, factories and mines.

Today's light tower is not very different from the old moon towers. High-intensity lamps, generally made of halide bulbs, are attached to a tower and powered by a generator.

One major difference is today's light towers are portable. They can be moved from job site to job site and operate by diesel, battery, solar or hydrogen power.

Portable light towers are widely used in a variety of industries, including construction, mining and oil refining. In many of these trades, light towers enable around-the-clock operation, resulting in projects completing in much shorter time spans.

Other benefits include the ability to provide light into hard-to-reach terrain; workers can safely perform tasks that would be challenging in low-lit areas; and portable light allows emergency personnel to perform rescue operations they may otherwise not be able to due to darkness.