As with previous anniversary celebrations, great crowds and scores of manufacturer representatives came out to support the company and donate some nice prizes for the drawings. Guests and staff members enjoyed catered meals, anniversary cake and fellowship with friends, families and colleagues.

The equipment displays and technology training from manufacturers and Linder specialists at both Orlando and Jacksonville provided opportunities to learn more about each and every line of equipment Linder carries in a relaxed-fun atmosphere.

It was apparent that a good time was had by all. 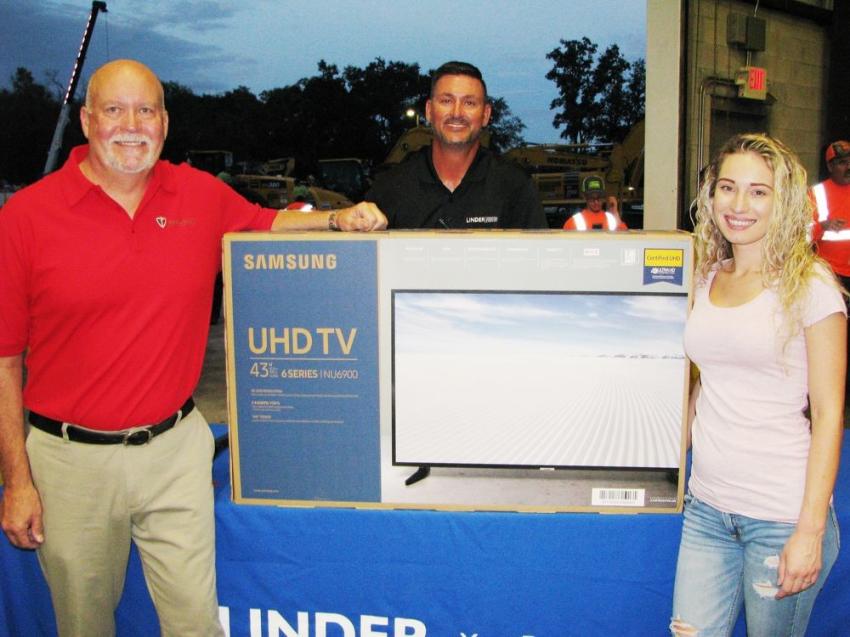 (L-R): Paladin’s Allen Perko and Linder’s Brian Brenneman present the grand prize of a flat-screen TV to Hailey Fertic, daughter of one of the staff members at the Linder Orlando branch. 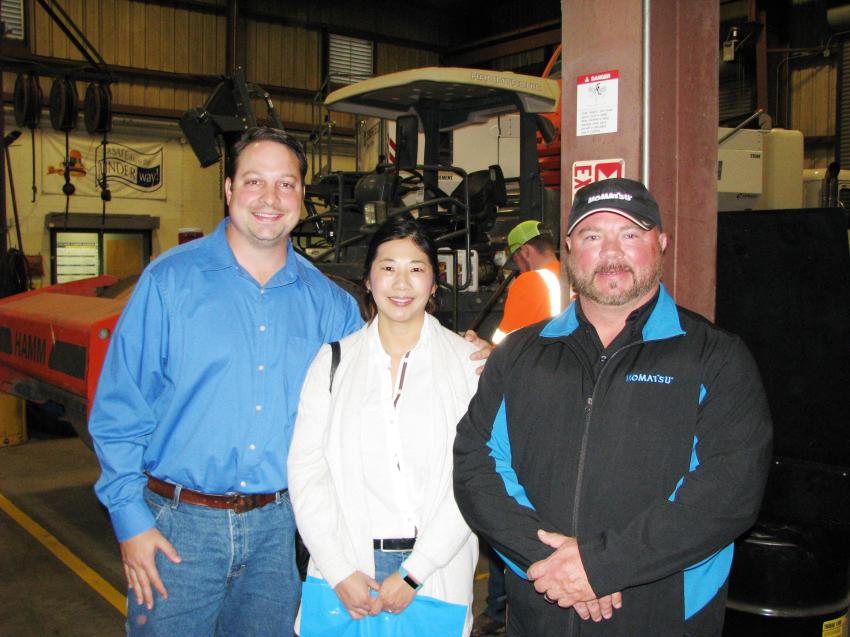 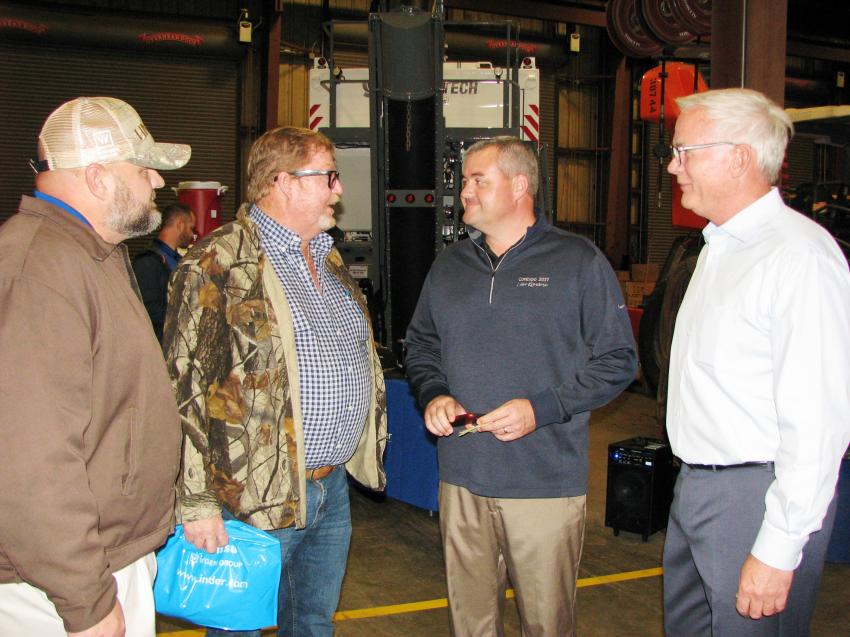 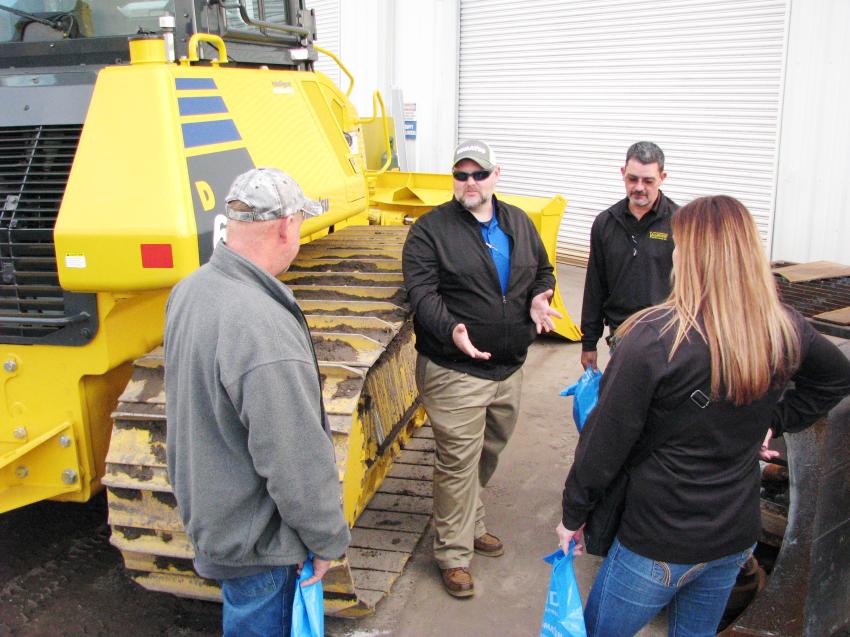 Sharing some information with his Jacksonville guests on the Komatsu D61PXi dozer and the Intelligent Machine Control technology built into the machine is Linder Industrial Machinery’s Mike Teston (C). 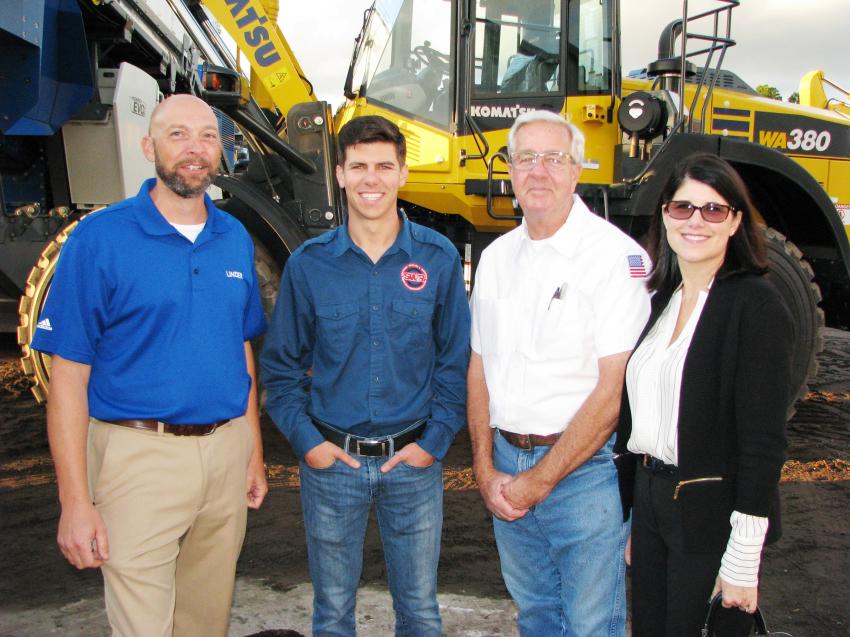 Looking over some of the machine displays on the yard at the Jacksonville event (L-R) are Linder’s Brad Ransom; and Garrison, Gregory and Michelle Gaylord of Southern Wrecker & Recovery, Jacksonville, Fla. The Gaylords also were sponsors of several of the prize gift bags. 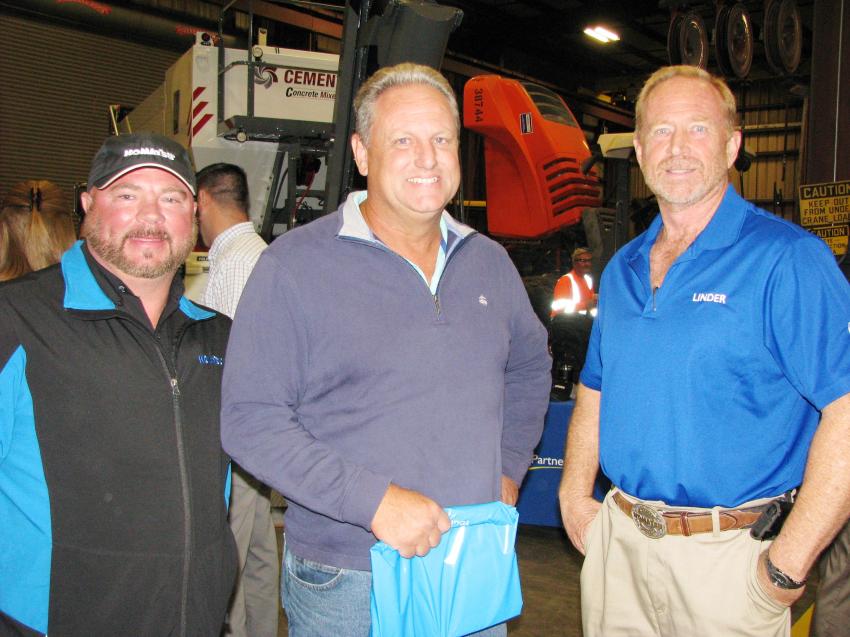 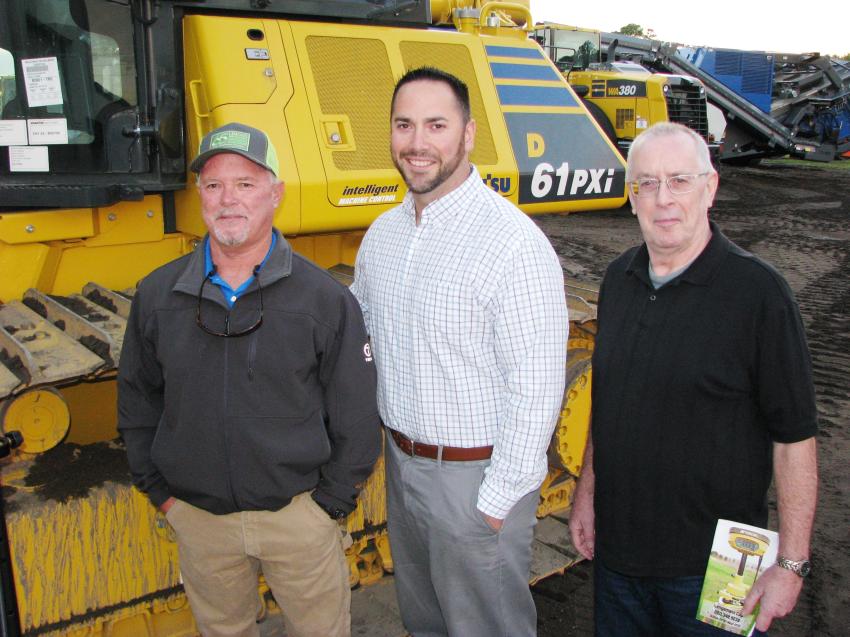 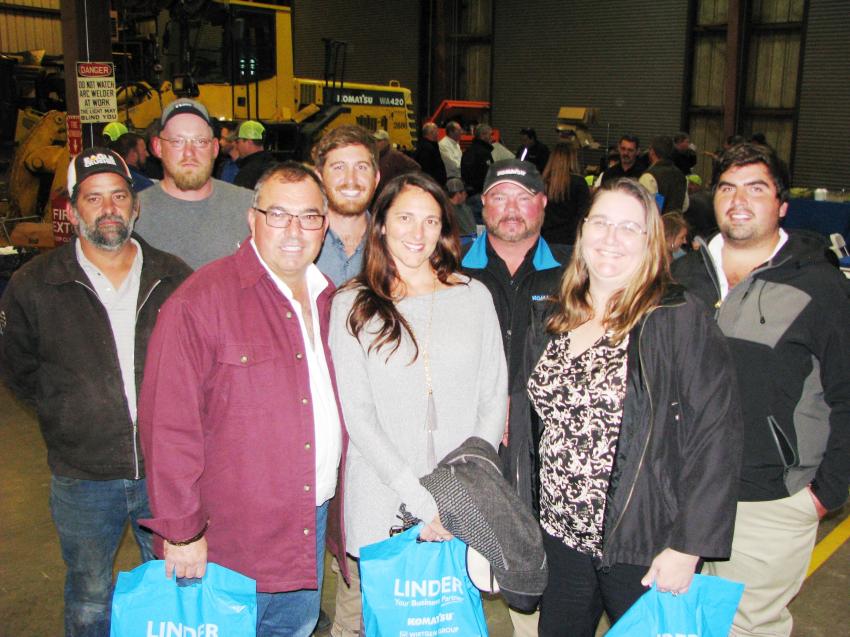 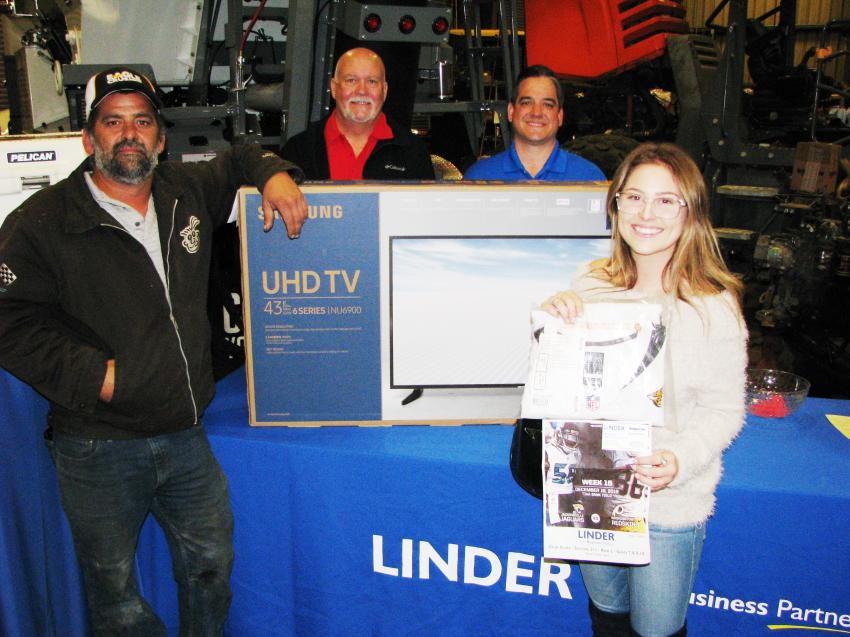 Big prize winners at the Jacksonville event included Phillip Feora (L) of United Brothers Development, who won a Samsung flat screen TV and Montana Morris (R), the daughter of a staffer at Hrustic Brothers Trucking, Jacksonville, Fla., who won four tickets for the mid-December Jacksonville Jaguars vs. Washington Redskins game. At back are Allen Perko (L) of Paladin, the manufacturer that donated the TV, and Jim Nucci, Linder North Florida regional manager. 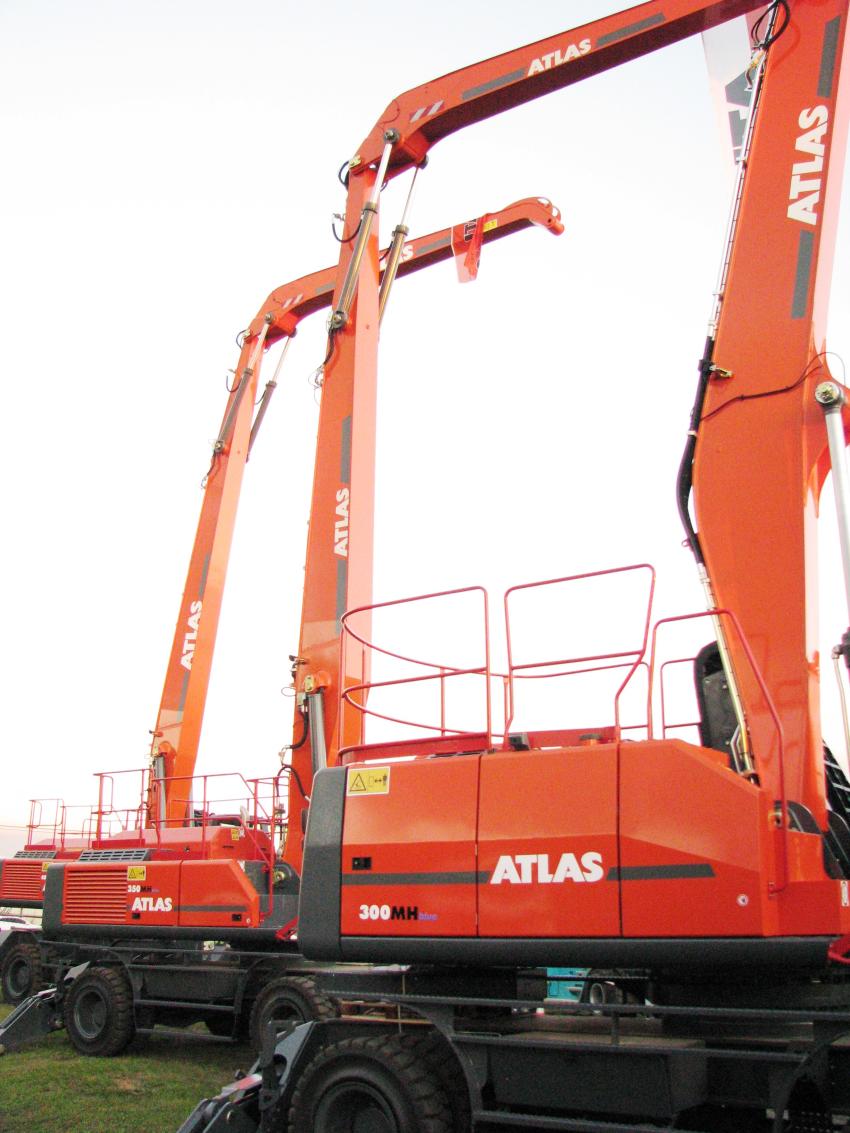 The displays of machines scattered around the equipment yard in Jacksonville included the unique Atlas wheeled material handlers, for which Linder is the only dealer in the Southeast. 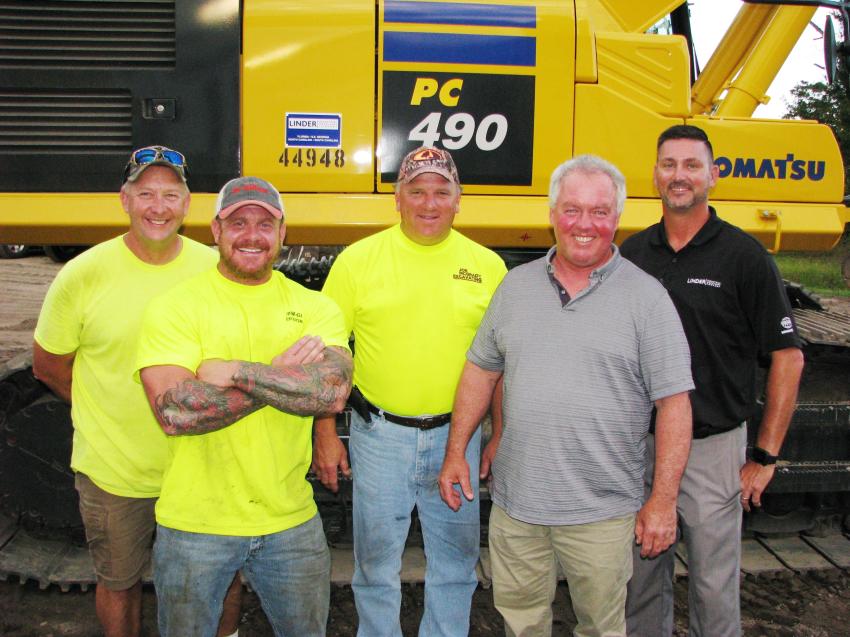 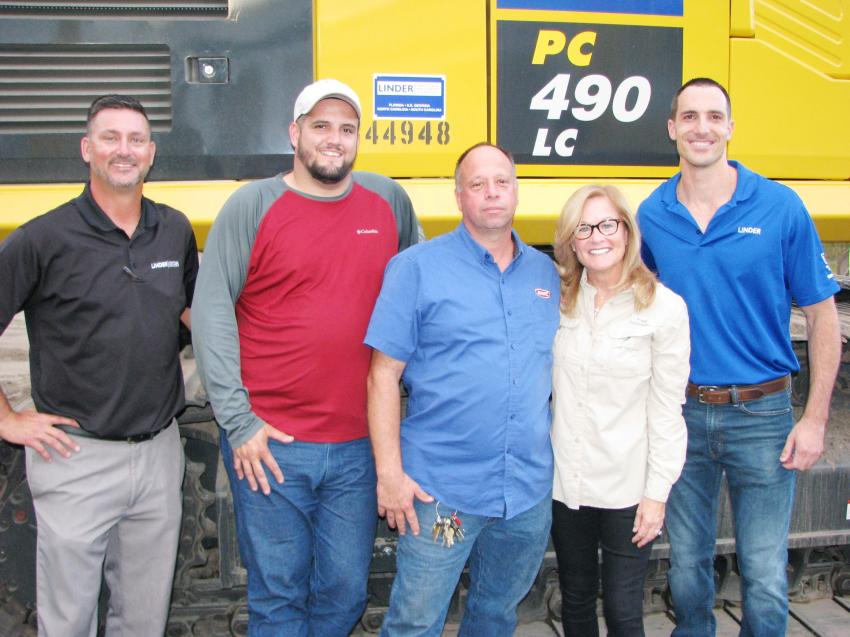 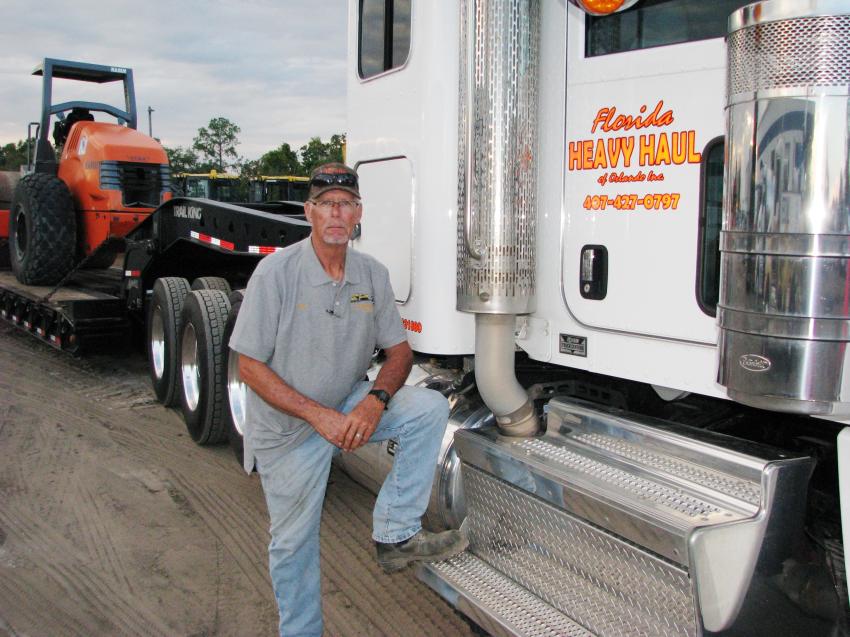 The man who does the majority of Linder’s Orlando branch equipment hauling, Ron Foster of Florida Heavy Haul, Sanford, Fla., made it back with a delivery in time to be a part of the evening’s festivities. 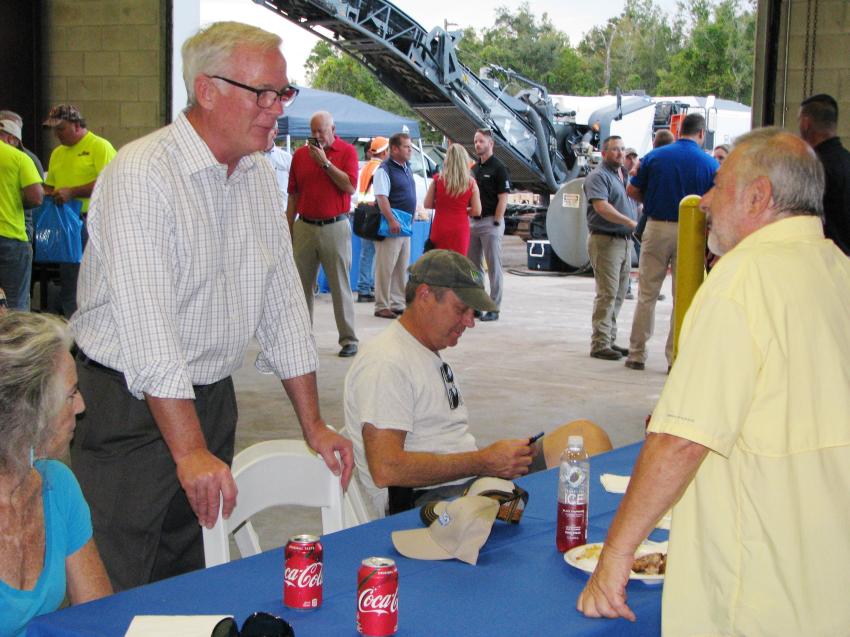 John Coughlin (L), president of Linder Industrial Machinery, made his way around to every table during dinner to thank customers for their business and employees for their dedication. 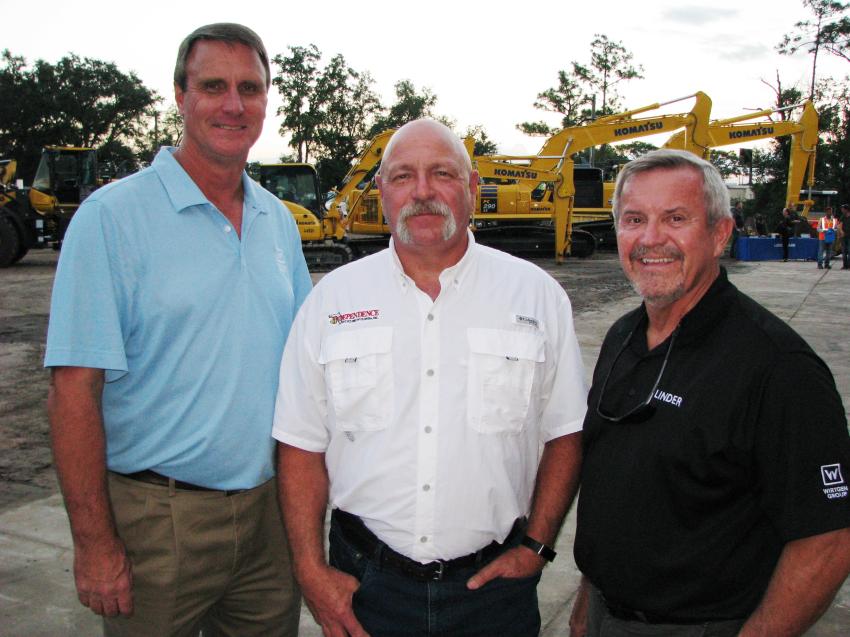 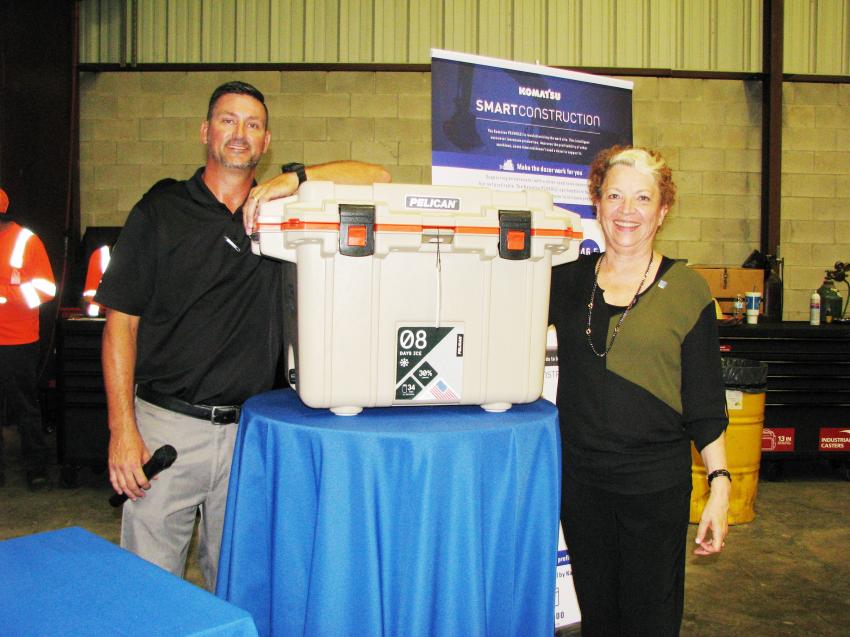 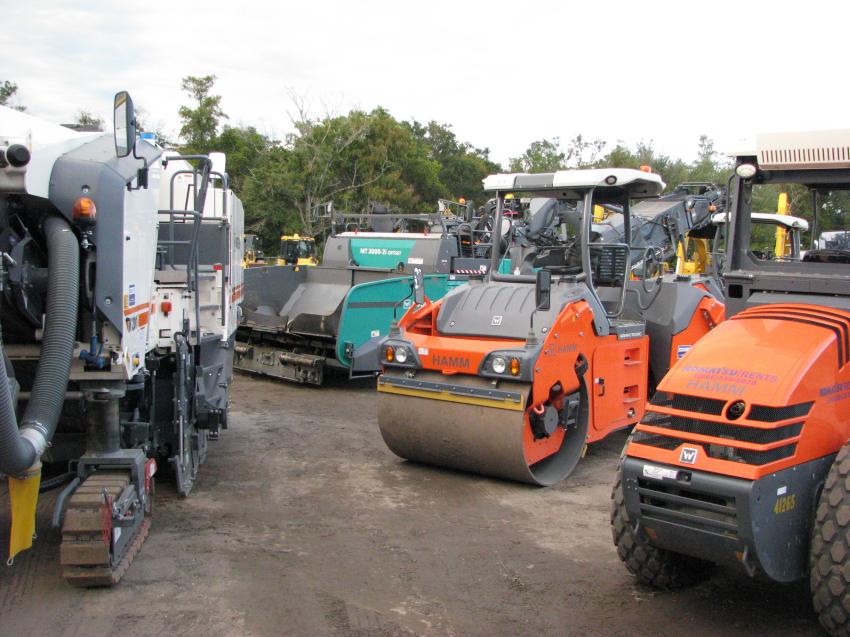 A comprehensive display of Wirtgen Group products could be seen at the Orlando open house event. 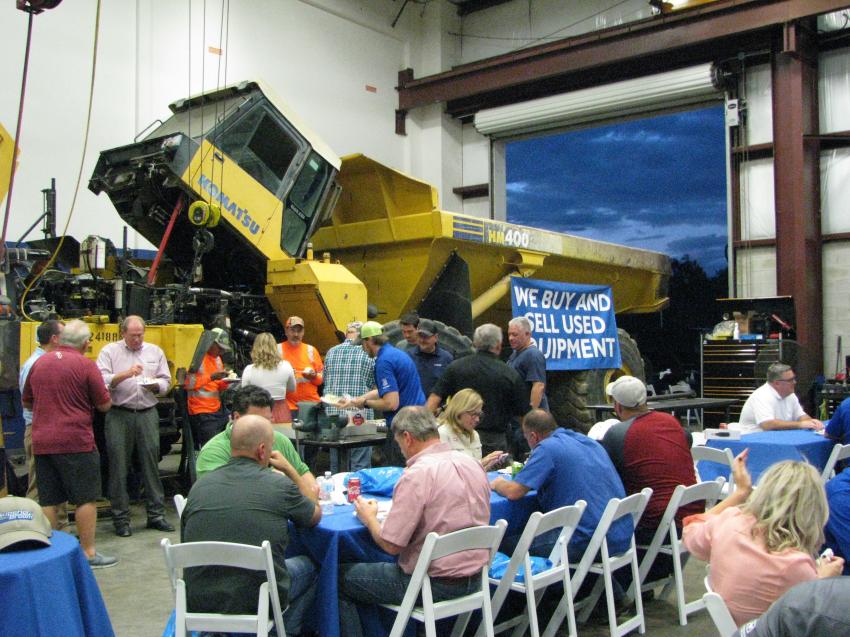 As darkness set in during the Orlando open house, the crowd gathered in the shop area around the Komatsu articulated truck rebuild for some 65th anniversary cake.