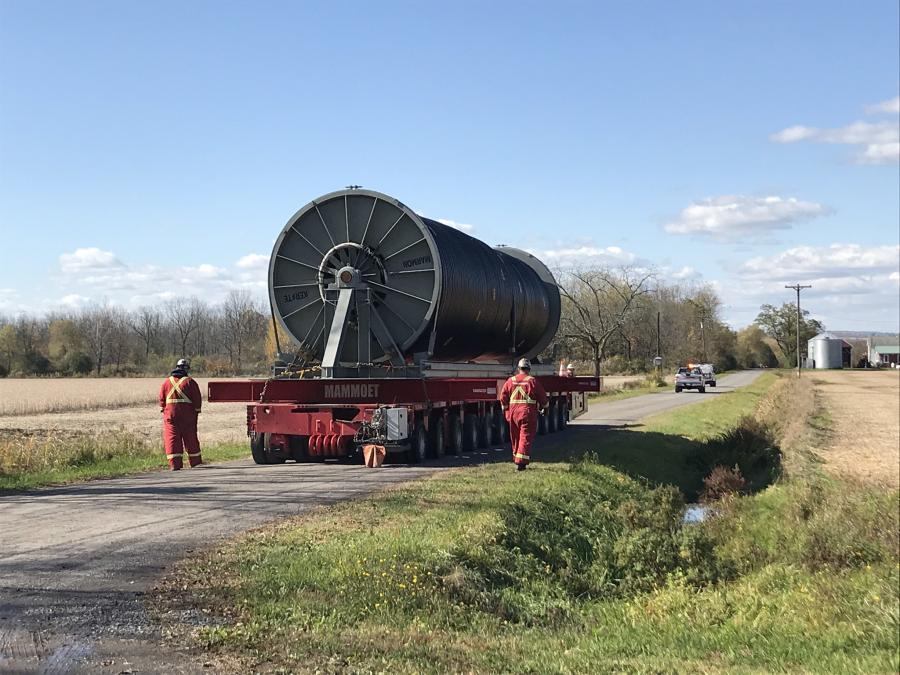 Mammoet has successfully transported two cable reels related to the Seneca Lake Submarine Cable Replacement Project in Romulus, N.Y., for the New York State Electric & Gas Corporation (NYSEG). Mammoet was hired by general contractor Reed and Reed Inc. to move two cable reels from the nearby rail siding to the Sampson State Park Marina and roll them off onto a barge.

The replacement project consists of the removal and replacement of cables which stretch across the bottom of Seneca Lake. The existing cables connect the east and west sides of the lake to carry electricity generated by Greenidge Power Plant. After 77 years, not only were there concerns regarding the life expectancy of the four aging cables, but also environmental concerns.

When originally installed in 1942, the cables contained mineral oil-impregnated paper insulation, a lead sheath and asphalt slush coating, all of which are now known potential environmental hazards. The replacement project calls for two new electric distribution cables, approximately 3 miles in length, to be installed south of the existing cables to allow for continued operation and to safeguard system reliability. The cable is delivered on a reel and each reel weighs approximately 114 ton (104 t).

Mammoet crews arranged the barge ramps and rolled the reel onto the barge. The crew returned to the rail siding to self-load the second reel to transporter, transported to the marina and awaited the barge's return to be offloaded.

Mammoet coordinated all logistics for the delivery of the reels and provided a cost saving approach to loading the reels to a barge by proposing a roll-on method as opposed to using a crawler crane.

The barge used was not a typical barge, but a Poseidon barge, or a portable sectional barge which required a detailed ballast plan prior to roll-on activities. Mammoet's local office in Swedesboro, N.J., collaborated with Mammoet's engineers from the global head office in the Netherlands to deliver a safe and flawless ballast plan for the unique barge.

The comprehensive engineering and planning, along with the right equipment choices, provided a solid foundation for project success. The project was executed safely, on time and without incident. 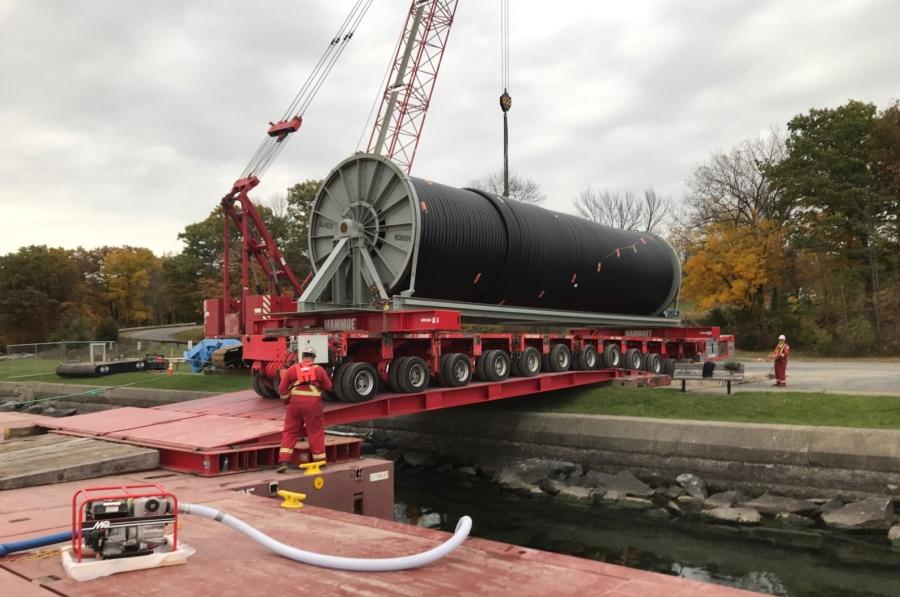