The Oregon State football team was thiiiis close to playing on top of a Mammoth Graveyard. 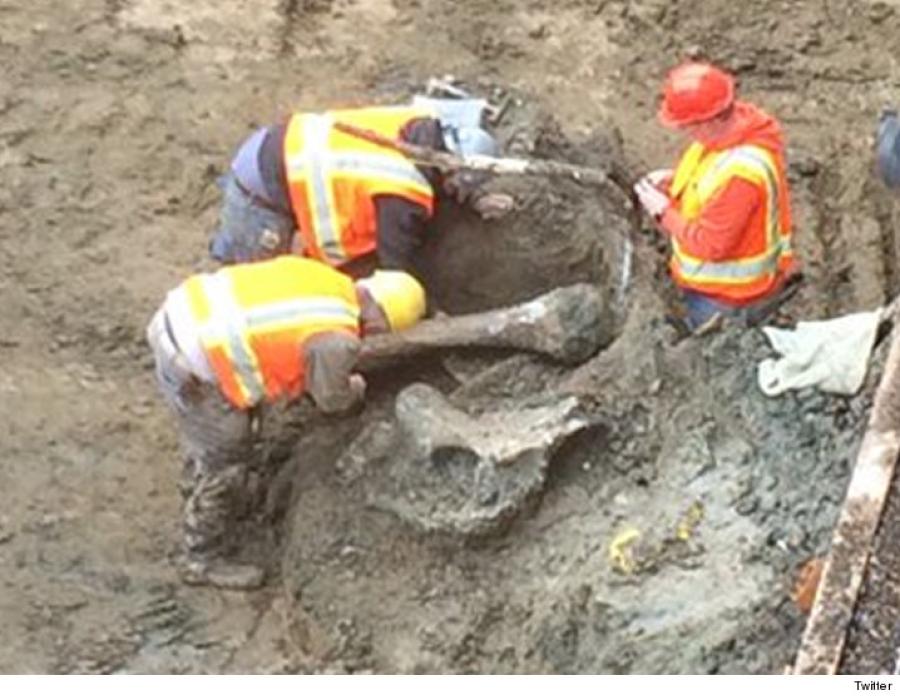 Image courtesy of Twitter. Oregon State University is reporting that construction crews digging in the north end zone in Reser Stadium on Monday uncovered a large femur bone, likely from a mammoth.

“There are quite a few bones, and dozens of pieces,” said Loren Davis, an associate professor of anthropology at OSU who was called to the site after the initial discovery was made. “Some of the bones are not in very good shape, but some are actually quite well preserved.

There don't appear to be any signs of human bones or artifacts at the site, Davis said. Further testing will be needed to determine the bones' exact age.

The discovery of the ancient mammal bones is not unusual in the Willamette Valley, Davis said. The bones, including mammoth, bison and some kind of camel or horse, were discovered in a 10-foot deep plot in an area that could once have been a bog or marsh, Davis said.

Crews are digging up a portion of the north end zone as part of the Valley Football Center expansion and renovation project. Work began after the fall football season ended and is slated for completion by the start of the 2016 home season.

A worker digging in the area made the initial discovery of the large femur bone and immediately stopped work in the area, said Tim Sissel, senior project manager for Hunt/Fortis, a joint venture, and general contractor on the project.

Company officials notified OSU officials, who brought in Davis and other experts to examine the bones and the site. Crews have moved to other areas of the construction project while Davis and others take a closer look at the find. The delay has been minimal so far, Sissel said.