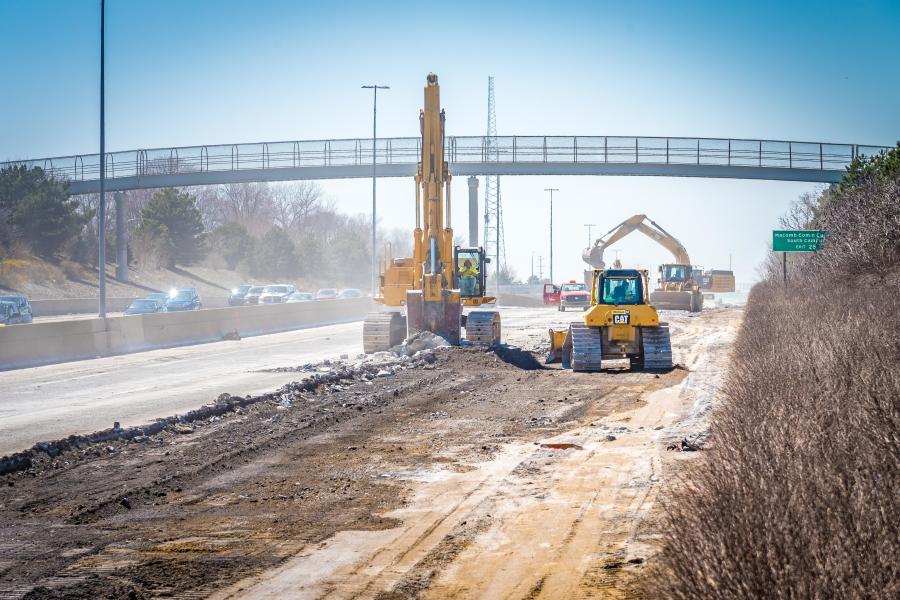 MDOT’s $90M Interstate 696 reconstruction project is under way in Oakland and Macomb counties and is expected to wrap up this fall. (Nicholas Puroll, Great Lakes Engineering Group photo)

The Michigan Department of Transportation's (MDOT) $90 million Interstate 696 Project — dubbed "Restore the Reuther" in Oakland and Macomb counties — is being executed by Interstate Highway Construction Inc. (IHC) and will be completed this fall. More than 80 percent of the work has already been completed since crews first arrived on the site in April 2018. The Oakland County element wrapped up last summer, while the Macomb work is still ongoing.

I-696, locally referred to as the Walter P. Reuther Freeway, was constructed over three decades starting in the early 1960s via three phases. Today's work area in Oakland County stretches from the I-275/M-5 Interchange to Dequindre Road and from Dequindre to Neiman Street in Macomb County. The eight-lane interstate, between I-275/I-96 and I-94, carries approximately 180,000 vehicles a day. 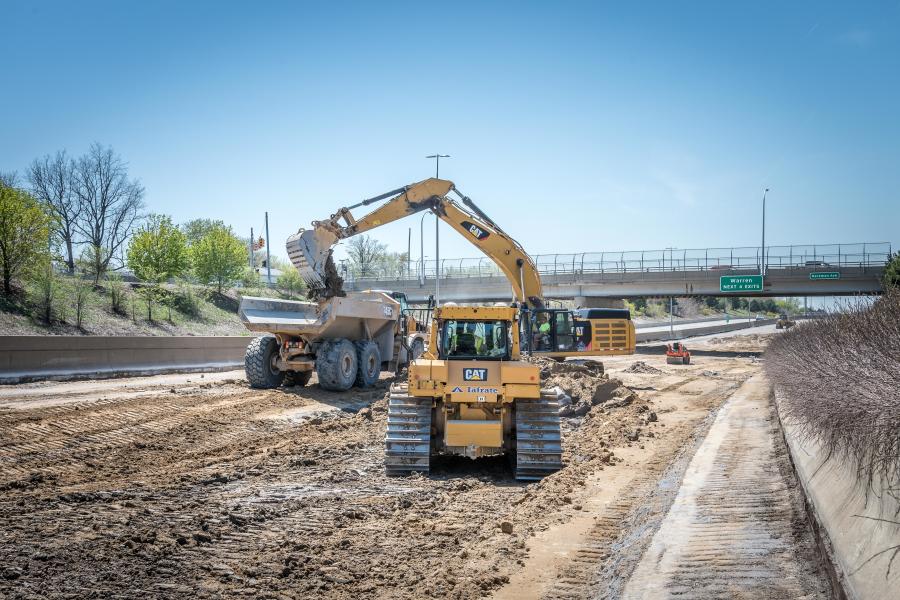 According to MDOT, I-696 includes the I-75 interchange, making it one of the most important east/west routes in the state. Named the Walter P. Reuther Freeway in 1971, the 25-mile long roadway connects the communities of Novi, Farmington Hills, Southfield, Lathrup Village, Oak Park, Huntington Woods, Pleasant Ridge, Madison Heights and Royal Oak in Oakland County with Warren, Center Line, Roseville and St. Clair Shores in Macomb County.

In Oakland County, the project focuses on pavement repairs, drainage improvements for 15 miles of freeway and bridge repairs. To allow work crews to fulfill their assignments, a maximum of 10 weekends of full freeway closures has been permitted, along with nightly and weekend lane closures with a minimum of one lane open in each direction at all times. To maintain traffic flow, all lanes are open on weekdays during daytime hours.

In Macomb County, the work consists of pavement replacement (mainline, shoulders and ramps) as well as barrier wall and drainage repairs and other miscellaneous work for eight miles of freeway. The poor condition of the pavement is the driving force of the project, with motorists and truck drivers having to travel on a freeway with many potholes and cracks.

"The roads and lanes have been deteriorating over this time, and ongoing patchwork repairs no longer suffices for this major thoroughfare," explained MDOT spokesperson Diane Cross. "The project will extend the life of the roadway and allow for better traffic flow in the city. The freeway was in very rough shape in Macomb County with numerous potholes and in need of repair. It was a similar situation in Oakland County as well." 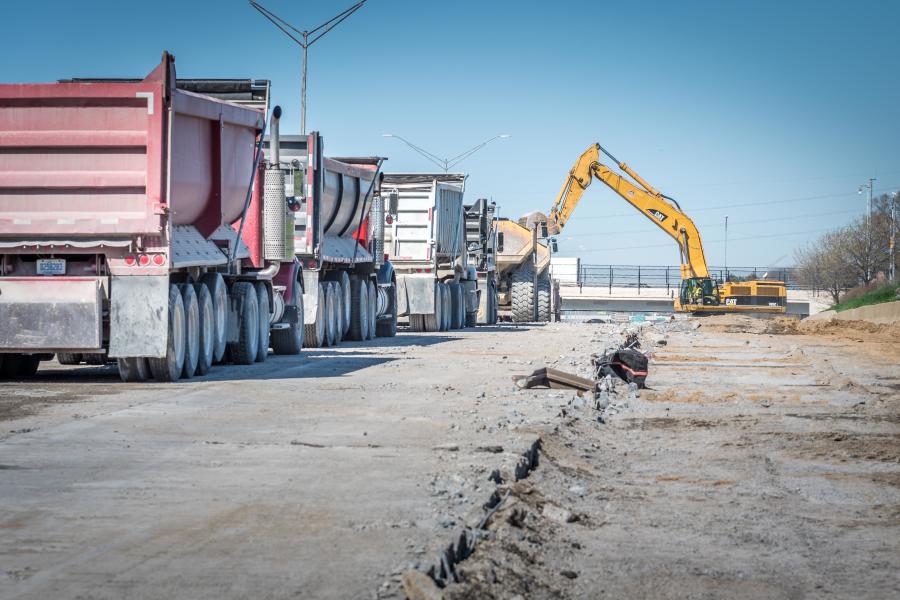 The project had been in the planning stage for many years, and Cross noted that motorists are very aware of the need for the upgrades and repairs. "Our goal is to create a safer drive for everyone," she said.

The project was designed via a joint effort consisting of MDOT, Tetra Tech and AECOM.

"The project itself was not difficult to construct, but we had a very expedited timeline to design it and get it out the door for construction," said Brian Travis, MDOT's construction engineer. "We used a digital deliverable method for viewing construction plans instead of a normal set of plans with thousands of pages. A similar PDF document which was very linear showed all the plans for the entire eight miles of freeway. You could travel through the different layers to see construction, removals, drainage and other plans. It not only reduced the design time, but heightened construction."

"With maintenance, the new freeway and associated infrastructure is expected to last 15 to 20 years," Cross added. "The contractor is using an open-graded, cement-treated permeable base course underneath the concrete pavement."

MDOT, as part of its traffic management plan, has been urging motorists to drive carefully and slow down in the work zones. Key measures of the plan include various daytime and nightly lane/ramp closures and an extensive ongoing campaign to keep motorists informed about construction updates, lane closures, detours and traffic conditions, and to provide businesses with help to ensure that customers can reach them.

"We're aware that this project will have a major impact on many residents, businesses and motorists throughout the corridor," Cross said. "To help people plan their routes and arrive safely at various destinations, we're providing ongoing and timely updates about construction through several sources, including the www.MovingMacomb.org website, Facebook and Twitter." 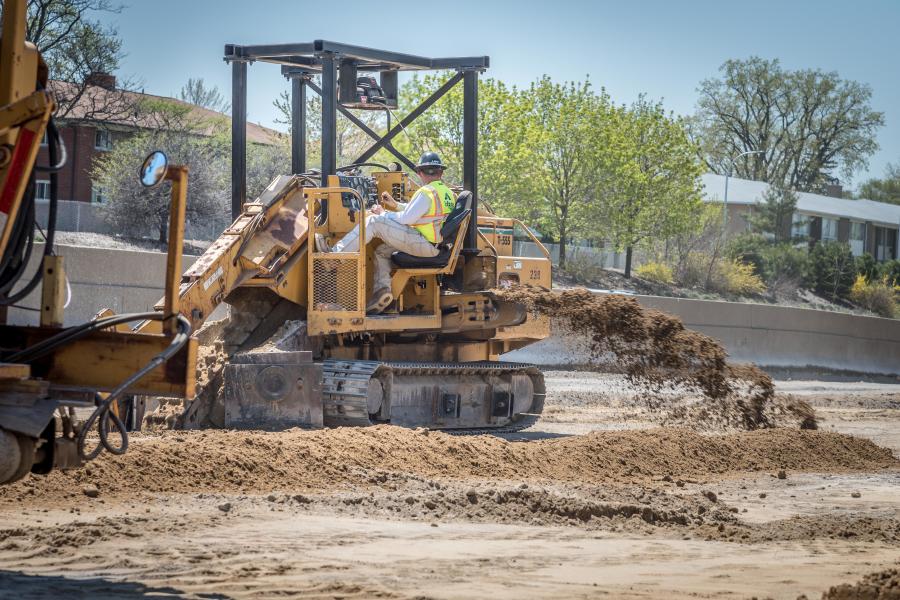 Thus far, Interstate Highway Construction has completed the Oakland County section and is currently doing work on the freeway and the eastbound/westbound service drives for the Macomb County section. Traffic control and shifts have been a key challenge for the expedited project.

"It was a challenge just finding the best detour routes and making adjustments to signals and different intersections throughout the area to help alleviate traffic," Travis said. "It's always dangerous working next to live traffic due to distracted and speeding drivers.

"The scale of the job and the timeframe to do it was another large challenge. In Macomb County alone, when you look at both directions, that's 16 miles of pavement that we had to replace. We also had to place a cement-treated permeable base, which is something we don't regularly do."

Most of the work is being done via day shifts, and fortunately for the project there are no large utility issues affecting it.

"MDOT has an experienced team of inspectors, engineers and statewide support staff that are utilized to build jobs like these," Travis said. "MDOT and the contractor team work together day in and day out to ensure all project material and quality specifications are met and any issues or challenges are worked out in a timely manner."

The majority of the existing drainage infrastructure remained in place, however drainage was added at all the low points of the freeway — under bridges, overflows and curbs. "We also videotaped, cleaned and repaired all of the existing pipe," Travis said.

The bridge work focused on the two Plaza bridges — a barrier wall replaced on one and sealing joints on another to deal with leakage issues. The Oakland County work was completed in four stages, with a focus on concrete patching and joint repairs. The two segments were Dequindre to Telegraph and Telegraph to I-275, each divided into two stages. 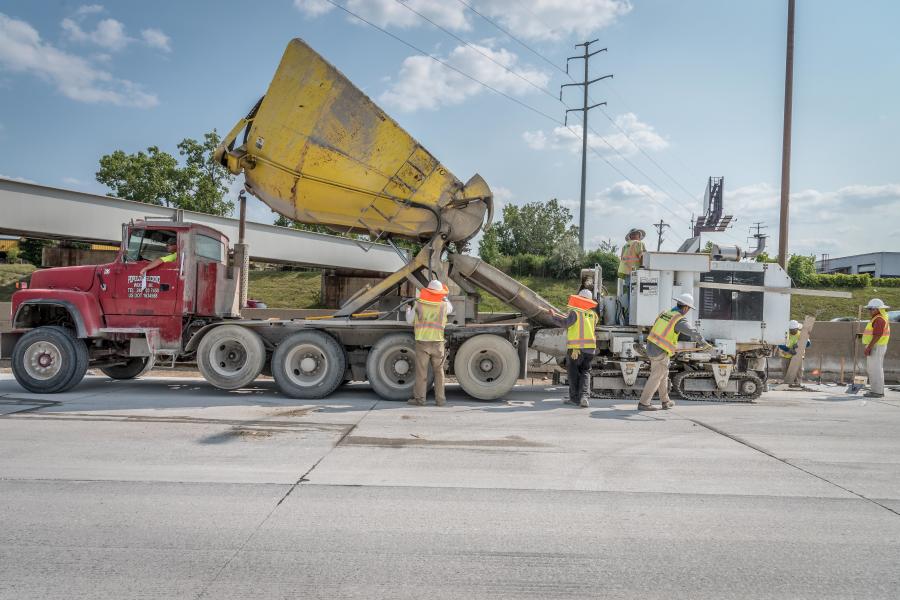 "The goal was getting the pavement into a condition where it can last a handful of more years without having to do repairs," Travis said. "Some segments were worse than others, but they all had decent amounts of concrete patching work. We had 12 full closures on I-696 in Oakland due to the patching work, which was impactful from a traffic standpoint, but given the amount of work we had to accomplish, that was the best way to do it. IHC and their subcontractors brought out a whole army of guys, saws, various equipment and concrete trucks."

The Macomb County work is being done in two stages. Stage 1 covered the westbound lanes and Stage 2 covers eastbound.

"We replaced all of the concrete last year and this year were back to do everything that we couldn't finish due to the cold weather," said Travis, who noted that the ongoing benchmarks include pavement grinding, joint sawing and sealing, barrier wall repairs, shoulder paving, sewer work and other miscellaneous items. "Most of the work will focus on the service drives and we're on schedule as expected. We've done a lot of weekend work and a lot of sewer work at night. A lot of the operations are light sensitive, and it makes for a better product when done during the day.

"IHC has been around for a long time and they are equipped to do a job like this. They understand the impacts of a job this size and are very cooperative," he added. "On jobs like this, you have to partner and really work together and we have a good working relationship."

IHC and subcontractor crews removed about 300,000 tons of concrete and 23,000 tons of asphalt. 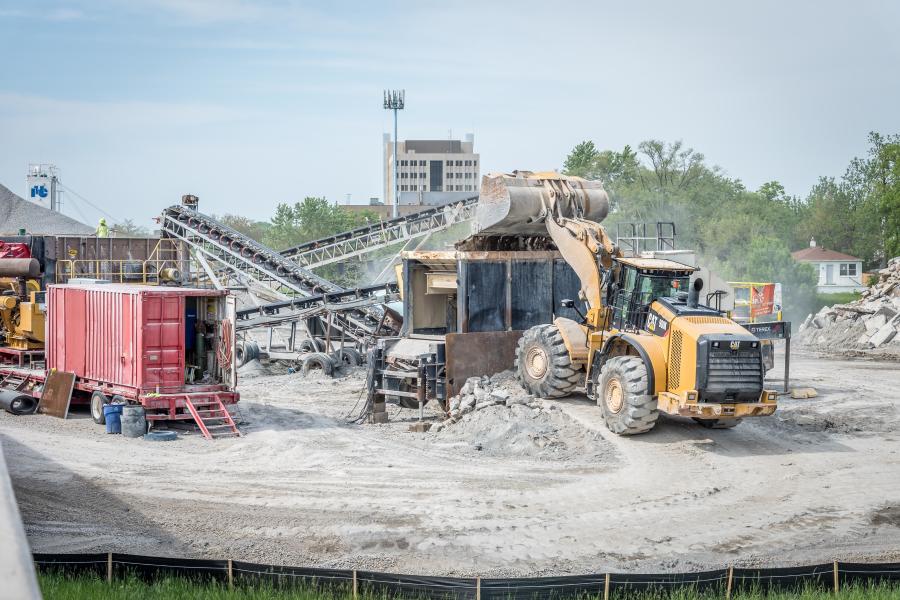 "The pavement from the westbound concrete roadway was taken to one of IHC's staging sites where it was crushed into smaller stone pieces and reused into the cement treated base," said Travis, who further explained that the schedule for the eastbound work was much tighter and the material was taken to recycling centers so that it can be reused in other projects.

Peak days have 100 plus IHC and subcontractor employees on-site. Major subcontractors include Angelo Iafrate Construction for earthwork, Florence Cement for concrete patching and Cadillac Asphalt for asphalt paving. The MDOT team, about 15 people (including Diane Cross), consists largely of inspectors and engineers.

"They're specifically trained to monitor contractor operations such as concrete paving, sewer work and lighting installation," Travis said. "The inspectors are very versatile and have a lot of experience. This project came together in a hurry, and we learned that using an alternative digital deliverable set of plans is a good tool that may be used on other projects."

"A lot of material had to be moved in and out, and a lot big dump trucks were used to transport materials to the crusher site and off-site centers," Travis said. "For the service drives, we're doing HMA which will see a lot of trucks and pavers on-site."

IHC and the subcontractors completed most of the repairs on-site and did so rapidly.

"With an expedited job like this, everything is critical," Travis said. "If you lose a day or two due to equipment breakdowns or weather, that's not good for the schedule so the contractor has to make sure to have the resources in place to keep everything moving." CEG