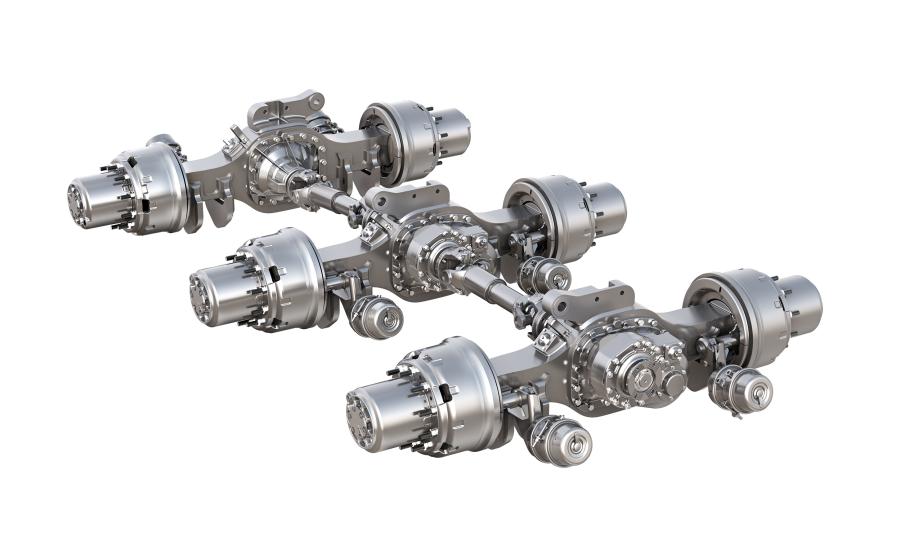 “The new tridem is the next-generation axle from our award-winning P600 series and one of many new products Meritor will bring to market during the next three years as part of the company's M2019 growth initiative,” said Steve Luepke, director, Off-Highway, for Meritor. "Reduced lead time, aftermarket parts and support and continued investment and innovation differentiate us in this market and support our strategy to be an industry leader."

As with previous P600 products, the tridem was developed for global markets and validated in Meritor's world-class technical center in Troy, Mich. Full production of the P600 tridem begins this summer at the company's Laurinburg, N.C., plant.

“Our state-of-the-art manufacturing and assembly system ensures the quality our customers expect for severe-duty applications," Luepke said. “When paired with the Meritor Permalube RPL Series driveline, the P600 Tridem is the industry's toughest solution."

The P600 Tridem's wide ratio coverage and standard anti-lock brakes deliver optimum safety and performance in the most extreme conditions. When equipped with the optional driver-controlled differential lock and hardware for central tire inflation systems (CTIS), the P600 has the premium features required for the most demanding applications. All P600 axles are designed for durability and supported by Meritor's DriveForce service and support team.