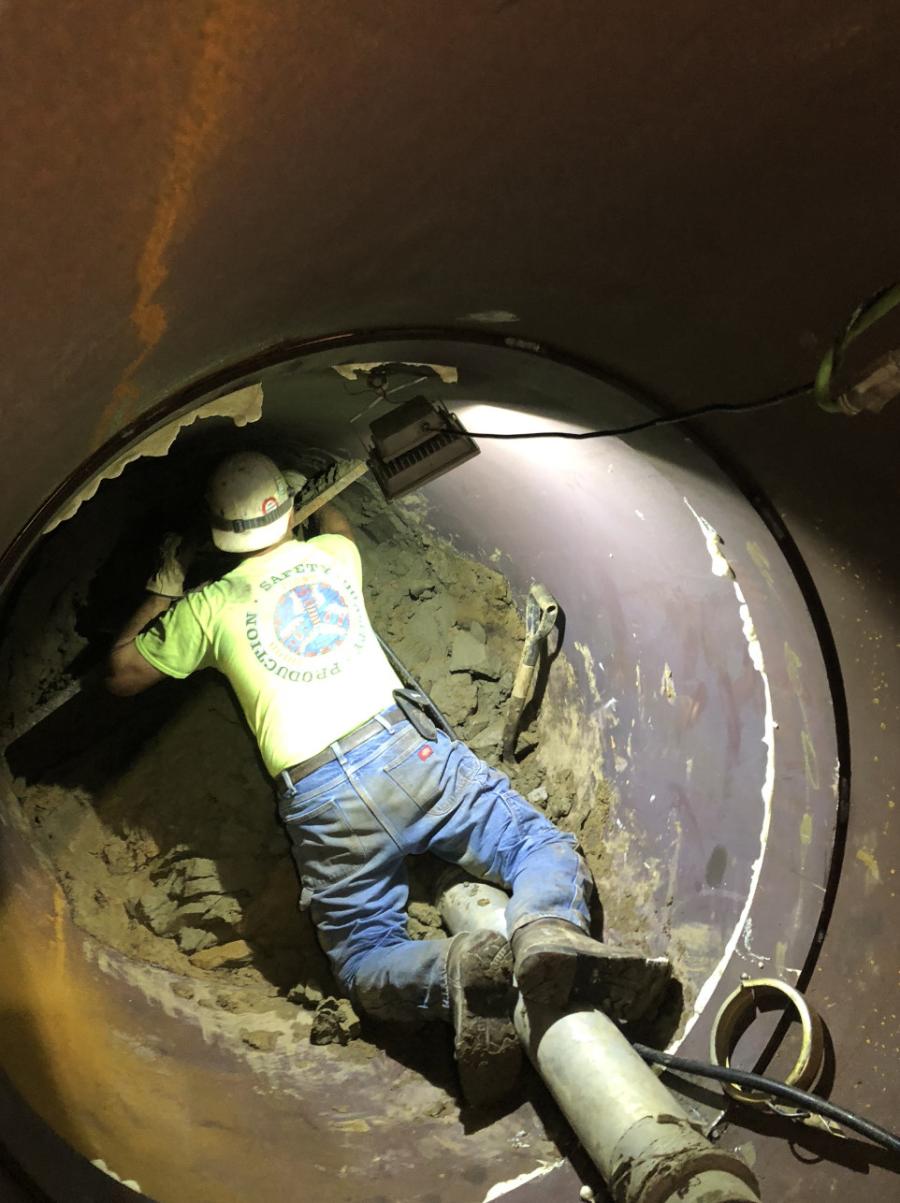 While at the 2018 Kentucky Derby, Jason Miller, president of Midwest Mole, received a call about a potential emergency unfolding in Louisville.

The existing 7 ft. by 7 ft. Ohio River Interceptor (ORI) sewer directly underneath Main Street in downtown Louisville was in danger of collapsing. It had already failed in a few locations, and city officials blocked off sections of Main Street directly above the trunk line. When the mayor drove by and saw the mess in his downtown, he called for immediate action.

Louisville Metro Sewer District (MSD) put together an ace team of experts led by Ulliman Schutte Construction, including Boyer Inc., Midwest Mole and Thompson Pumps, to get the job done by Christmas of that same year. 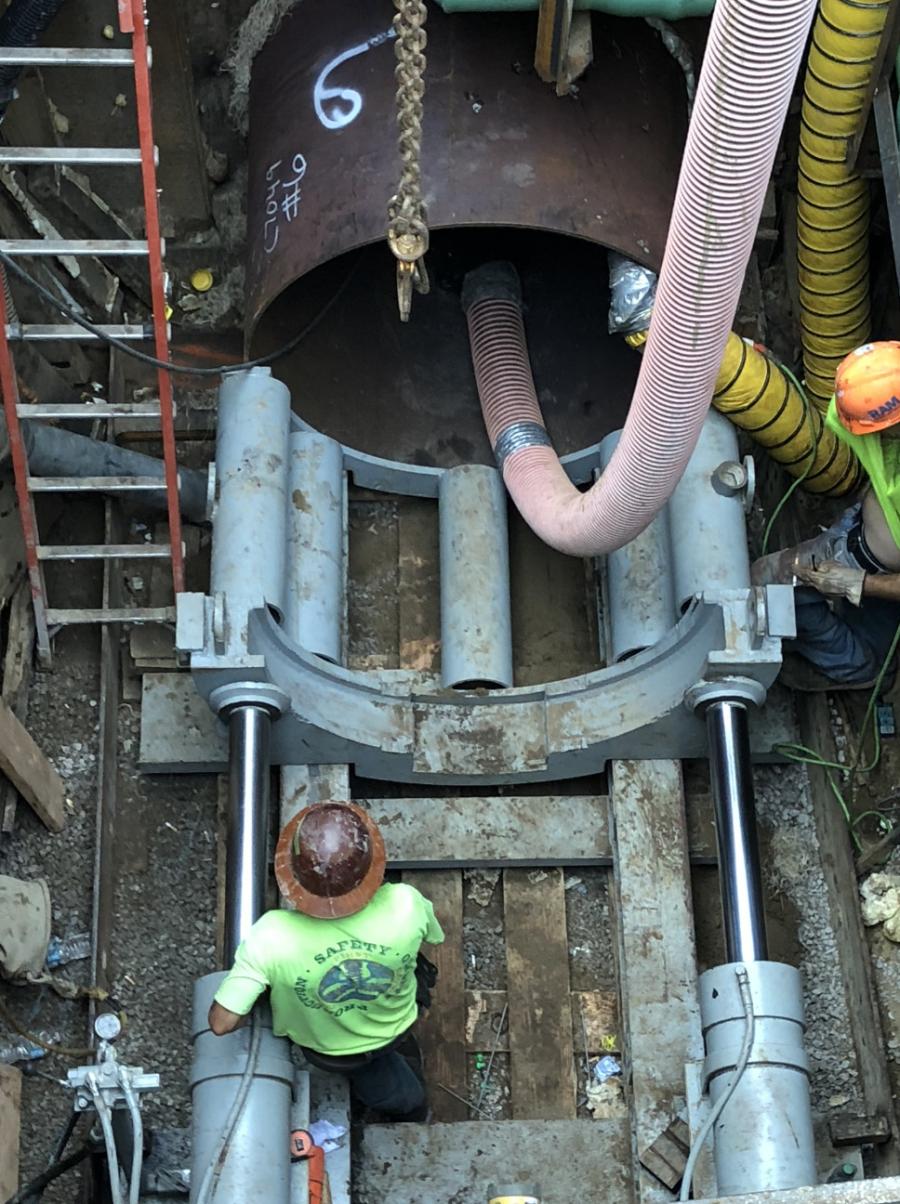 "We put our heads together collectively and started coming up with solutions," said Jason Miller.

The team found a 2,000-ft. section of the main trunk line that needed rehabilitation with Boyer, Inc. tackling the project using its Danby System. This system works by using a PVC liner as a form while injecting high-strength grout in between the existing tunnel and new liner to create structural strength. During construction, the team also built a bypass to pump 40 million gal. per day.

In addition to the rehab work, there were three combined sewer overflows (CSO's) located directly underneath Main Street that needed replacing.

According to Miller, "We proposed an idea to put down shafts outside of Main Street and tunnel to the existing ORI sewer."

The reason to eliminate the CSO's is down to environmental concerns and agreements between cities like Louisville and the federal government. During significant rain events, combined sewer outflows drop sewage into local waterways. To eliminate the environmental and health hazard, Midwest Mole needed to build new sewer lines to split the sanitary sewer from the stormwater sewer.

"It was design-build accelerated times ten," he said.

After spending more than a month to find three locations for the proposed shafts, Midwest Mole began digging all three with multiple crews starting in May. All shafts were traditional liner plate shafts dug using air spades and mini-excavators.

Another obstacle was a mystery sewer line in the middle of one of the proposed shafts.

Once all shafts were complete, Midwest Mole hand-mined the 54-in. tunnels and jacked steel casing in as they went. Since there was no receiving pit, they couldn't use an expensive tunneling machine to dig the tunnels.

Before tunneling, the Midwest Mole team did their best to determine where the tunnels needed to be.

"We had to make the best-educated guess collectively. We felt good about it because we had a lot of data, but we couldn't ensure we were right on it."

They surveyed the existing tunnel once it was safe to enter, but they couldn't get exact data without manholes. On top of the survey data, they had two sets of different drawings to reference. Ultimately, they had about 6 in. of wiggle room on each tunnel.

Come December, the construction team finished all substantial parts of the project without closing a single road during the emergency repairs. Midwest Mole has eliminated the CSO's and Main Street was safe once again.

"We were happy we were part of it. It was a lot of fun," said Miller.

The residents of Louisville likely have no idea how important this project was for their wellbeing, but that's the point and wonder of trenchless construction methods.

Midwest Mole came home with NUCA's top award for this project because of the unique challenges proposed by the location, the timeline, and the scope of work. Additionally, it included multiple types of trenchless construction from rehab to tunneling to bypassing.

"Everyone trusted one another — we knew everyone involved in the project was going to do what they said they were going to do."