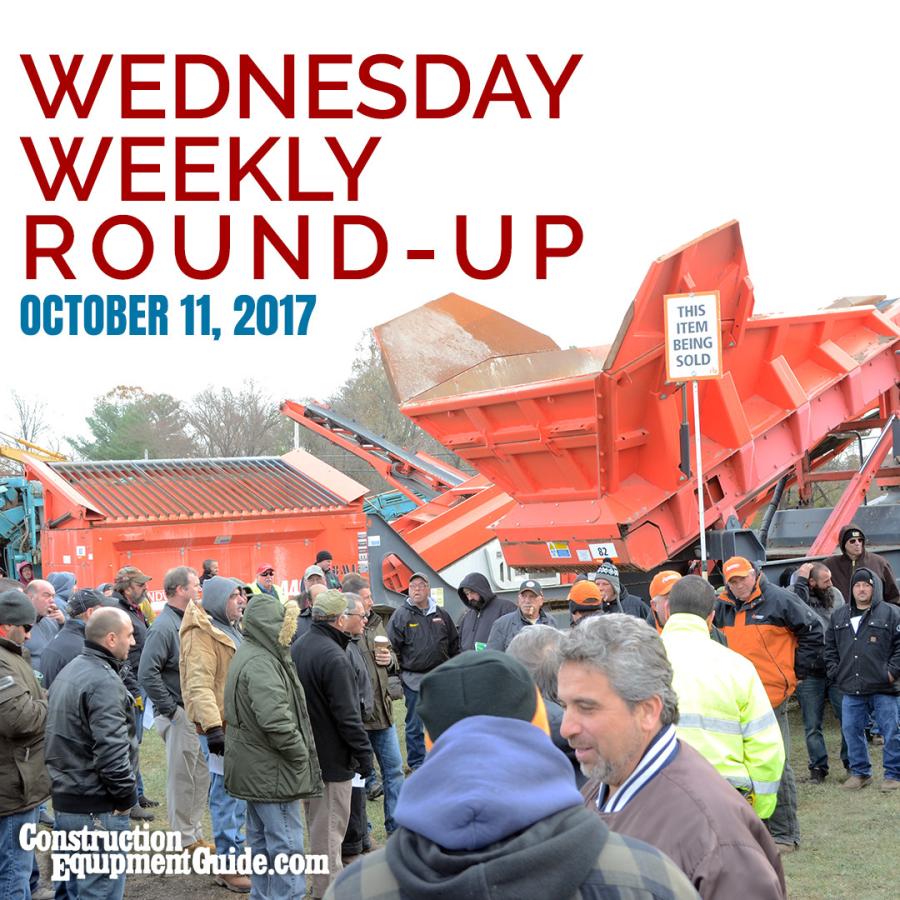 Construction prep work has begun at the site for the new U.S Marshals Service's national museum at Fort Smith by the Arkansas River. The $58 million museum is scheduled to be open September 24th, 2019, on the 230th anniversary of the Marshals Service. The new museum is expected to be around 53,000 square feet.

Trump Administration's Legislative Affairs team met October 5, 2017, to talk about plans to rebuild the nation's infrastructure. Among others in the meeting, two were from the Transportation and Infrastructure Committee. President Trump's made a one-trillion dollar proposal to rebuild infrastructure across the nation.

The Federal Highway Administration announced on October 6, 2017, $15.5 million in Surface Transportation System Funding Alternatives grants to six states that are exploring new ways to fund highway and bridge projects. The six states that are being granted are California, Colorado, Delaware, Missouri, Washington and Oregon.

Go Unmanned, a company that offers commercial-grade, fixed wing and multi-rotor drones, held its third UAV tech event at the Alturia Farm in Manquin, Va. on Sept. 21. Attendees ranged from sheriffs and fire chiefs to surveyors and general contractors. The topic of discussion included UAVs in construction, grading, farming, inspection, and 3D mapping.

To help and support the ongoing cleanup efforts in hurricane devastated areas in Houston, Linco Construction has been putting their Terex Trucks to good use. Linco sprung into action after the storm hit on August 25, 2017, taking their trucks to help rescue victims of the flooding. Their next step is to remove debris, so Houston can start rebuilding.

Relief efforts have been in full swing since the devastating Hurricane Harvey, a category 4 storm, hit the coast of Texas. Restrictions were put on the port and only daylight travel was permitted, however one way travel still remains a restriction. With the daylight travel only restriction being lifted, deep draft vessels can use the port and continue providing energy for our nation along with our allies.

Students graduating from Virginia Tech with a Degree in construction are in high demand right now for construction companies all over the United States. The campus had a job fair on October 4th that drew almost 500 students. These students had a chance to talk to 117 different companies and students left with the fair five or six offers. With students flocking to Virginia Tech, the school of construction has almost doubled its enrollment for the fall 2018 semester.