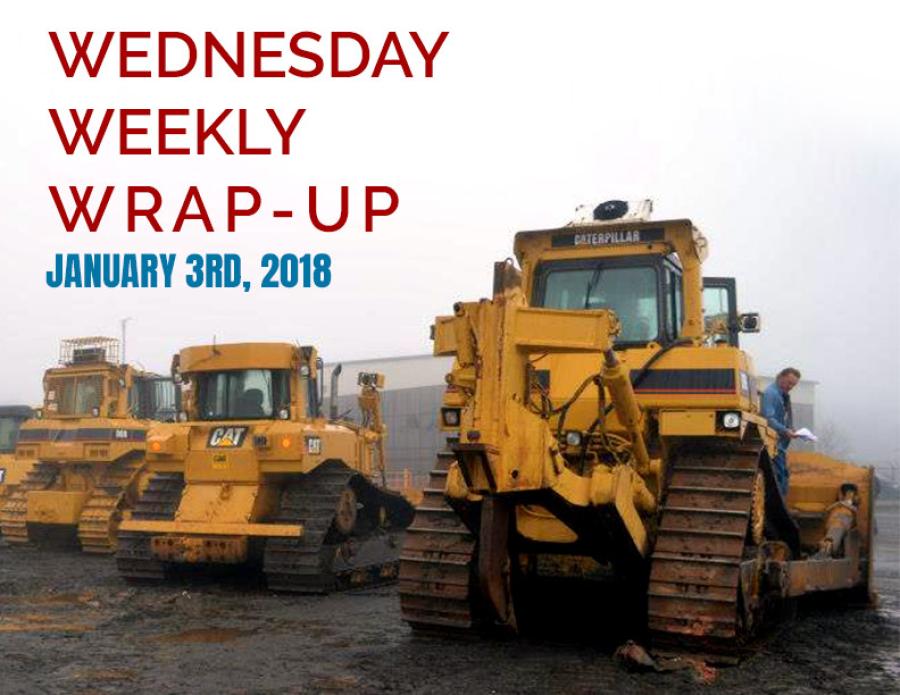 The Pennsylvania Department of Transportation and its partner, Plenary Walsh Keystone Partners, expect to finish their 2017 construction season with the opening of its 390th bridge. When this year is over, PennDOT will have replaced 558 structurally deficient bridges. Their Rapid Bridge Replacement Project is an $899 million public-private partnership awarded to PWKP.

The leading distributor of Manitowoc Cranes, Hayden-Murphy Equipment, is celebrating its 60th year in the crane and lifting business. The Minneapolis-based company has witnessed a lot of changes in their technology over the years. Hayden-Murphy has made a big name for itself since it was founded in 1957. They have been providing quality equipment to its customers for six decades now.

Michigan's aging gas pipelines have heightened risk of corrosion that could cause a fire or explosion. The concern for this was caused by a gas explosion in Orion Township, about 30 miles north of Detroit. The fire burned for about two hours and left a 20 foot deep crater. The pipeline that was involved in the blast was 65 years old.

In Pell City, Atlanta, construction crews are working on a much anticipated project that will give residents a space to spend leisure time with family and friends. The $9 million entertainment complex will have a include a movie theater, bowling alley, and a pizza kitchen. Officials have been trying to secure the theater for the past decade.

Wrigley Field Renovations Bring Past Into The Future

Sitting on the north side of Chicago, you can find Wrigley Field sitting in the spot it has been since 1914. It is among the top five oldest American sports venues that are still in use today. Wrigley Field has been designated as historic landmark status and renovated extensively. The need for a full-scale renovation was necessary to preserve the stadium and all its history. The renovation is set for completion in 2019 and now the eventual demolition not only has been pushed back, but now seems far-fetched.

Crews at a Chinese construction site on Christmas Day uncovered 30 dinosaur eggs. The workers called the police, who turned it over to a local museum, which confirmed that these in fact were dinosaur eggs and they are around 130 million years old. The site is located on an ancient lakeshore, which is an ideal location for dinosaurs to raise their young. There is no word yet as to what dinosaur these eggs belong to.