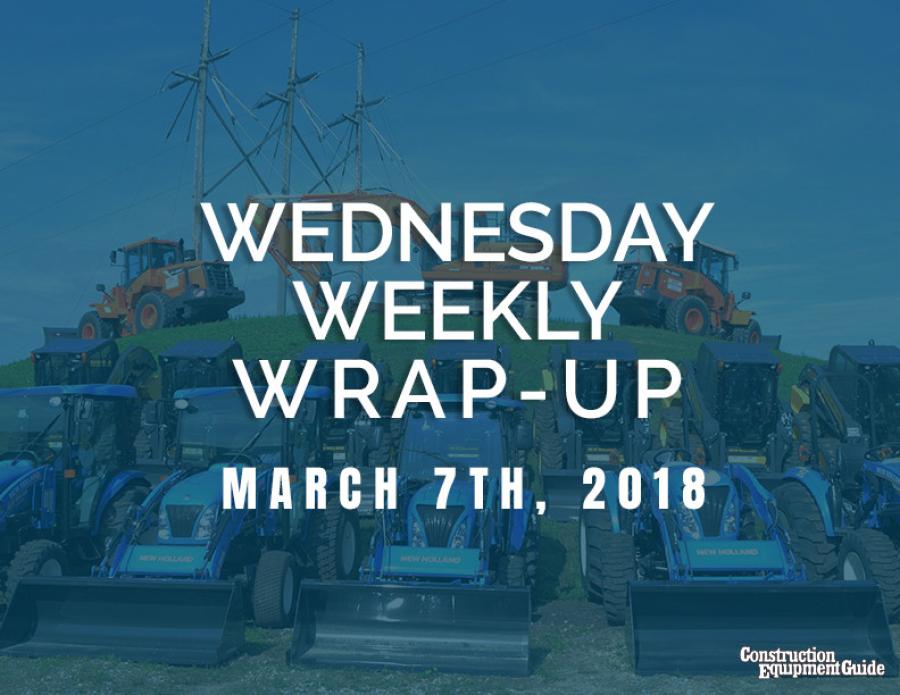 It is Wednesday Wrap-Up time and just in case you missed it, here is your recap of several popular stories from our site over the past week:

The Legacy Of Olympic Construction: A Closer Look

The 23rd Winter Olympic games that were held in PyeongChang, South Korea, have been hailed as a success by experts and sports fans alike following the Closing Ceremony. As the flag was exchanged from the current to future host cities, viewers have moved their anticipation onto the next Winter Games. From 1968 to 2012, every Olympic Games ended up costing the host city more than anticipated. The 1976 Games in Montreal, Canada, and 1984 Games in Sarajevo, Bosnia, cost 10 times what was initially planned. The South Korean government invested $13.1 billion U.S. on the PyeongChang Games. Seven brand-new structures were built for the games, while an existing seven were enhanced with supplementary renovations completed prior to the games to serve their intended purposes.

A news analysis found that an April 2017 California law will generate nearly $183 billion in economic activity and user benefits throughout all sectors of the state's economy over the next ten years. This will also support or create an average of over 68,200 jobs per year. Of these approximate 682,000 total years over the next decade, over half are in job sectors outside of the construction industry. Other key findings of the analysis include: better roads, which means safer roads; $584 million in additional safety benefits; and reduced costs from highway crashes, fatalities and property damages.

Construction crews in Greece have unearthed a piece of history while performing work on a decade-long subway and metro project in the city of Thessalonki. The workers found a headless statue of Aphrodite (the Greek goddess of love, beauty, and desire,) near the Hagia Sophia, a Byzantine-era church within the city. The statue, along with ancient floor mosaics, were excavated during the week of February 19, and will be presented at an archaeological conference March 8 through 10.

The Connecticut Department of Housing hired a multidisciplinary team to design climate change and flood resilience plans to reduce the risk from the rising sea levels. Recent storms have left streets flooded for days, forcing residents to leave Bridgeport for necessities such as food and clothing. The coalition will plan and design resilience strategies to reconnect communities to the water, create new uses for the city's waterfront, foster new development, and revitalize a community sitting just five minutes from downtown Bridgeport. The design phase of the project will run through the year and construction activities are scheduled to begin in 2019.

Despite Bids, Mall Of America Rail Station Must Wait A Little Longer For Renovation

A planned $25 million renovation of the light-rail station inside the Mall of America will just have to wait. The project was delayed because all construction bids quoted were over the allotted budget. The Metropolitan Council's Transportation Committee rejected three separate bids that ranged in price from $25.2 million and $32.2 million. The project's budget is exactly $22 million.