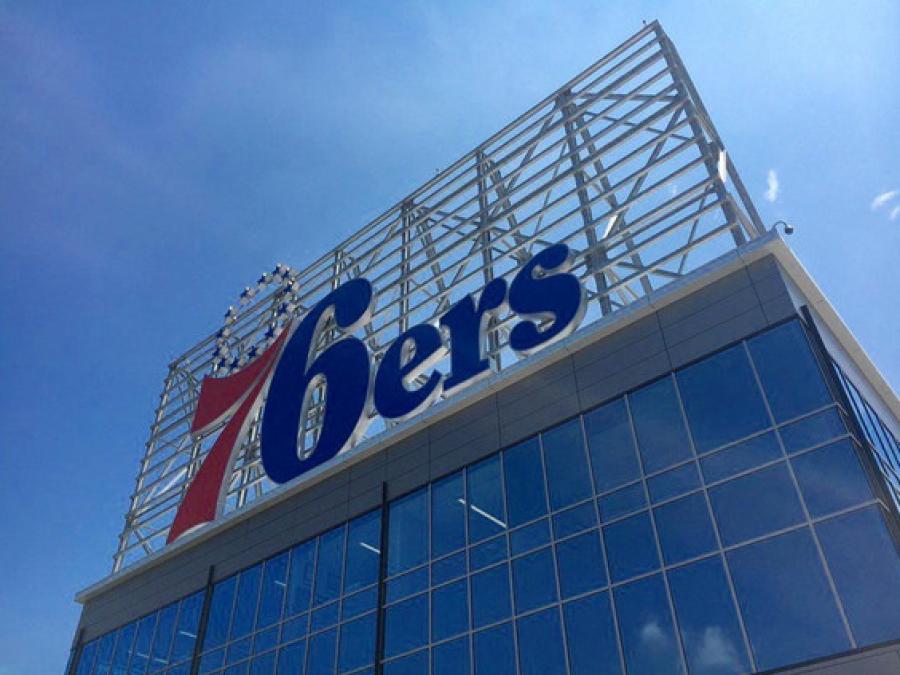 Philadelphia's professional basketball franchise is exploring the idea of building a basketball arena at Penn's Landing after its current lease deal expires at the Wells Fargo Center.

The NBA's 76ers confirmed Aug. 26 to the Philadelphia Business Journal that the team is studying the idea of building a basketball arena at Penn's Landing, but any such plans wouldn't happen any time soon.

The franchise has "long enjoyed a strong relationship" with Wells Fargo Center owner Comcast-Spectacor but is exploring all options for when its lease ends at the arena in 2031, a team spokesperson told the publication. Those plans include a potential arena development at Penn's Landing along the Delaware River between Market and Chestnut streets.

The Sixers have shared the Wells Fargo Center in South Philadelphia with the NHL's Philadelphia Flyers since the arena opened in 1996. Comcast-Spectacor, a subsidiary of media giant Comcast Corp., also owns the Flyers. A team document prepared to garner support for the project and shared with the Philadelphia Business Journal by an industry source stated the franchise believes a new Penn's Landing arena will:

The Sixers, owned by Harris Blitzer Sports & Entertainment, are looking at financing the project through a state program, called the Neighborhood Improvement Zone, that permits — in designated areas —the issuance of development bonds backed by future tax revenues generated by the project. The team does not envision seeking any direct appropriation of city or state taxpayer money to support the project.

New arenas across the United States have cost upward of $1 billion, if not more. The Sixers received $82 million in tax credits from the New Jersey Economic Development Authority for their training facility and team headquarters that opened in Camden in 2016.

The Delaware River Waterfront Corp. has long been working on a plan to revitalize Penn's Landing. Part of those plans include a new 12-acre park that will be created by a $225 million project that will cap off a portion of I-95 that separates Old City from the waterfront. Construction for the park is scheduled to begin in late 2021.