That figure represents 36 percent of all U.S. bridges.

If placed end-to-end, these bridges would stretch more than 6,100 mi. — long enough to crisscross the country from Los Angeles to Portland, Maine, and back again, said ARTBA Chief Economist Alison Premo Black, who conducted the analysis.

The Infrastructure Investment and Jobs Act (IIJA), signed into law last November, provides states with significant new resources to make long overdue infrastructure improvements, including bridge repairs. However, Congress and the Biden administration have yet to release much of the additional funding because they have not enacted a full-year FY 2022 transportation appropriations law at the IIJA-authorized investment levels.

"The longer it takes to bridge the political divide on the FY 2022 spending bills, the longer it will take for transportation improvements to get started," ARTBA President and CEO Dave Bauer said. "We urge Congress to act forthwith so that the American people can begin to realize the benefits of the historic investments in the bipartisan infrastructure law."

Based on average repair and replacement cost data published by the Federal Highway Administration (FHWA) and submitted by bridge owners (typically state DOTs), ARTBA estimates the cost of identified repairs for all 224,000 bridges, including the 43,578 structurally deficient, is $260 billion.

Among other findings in the report: 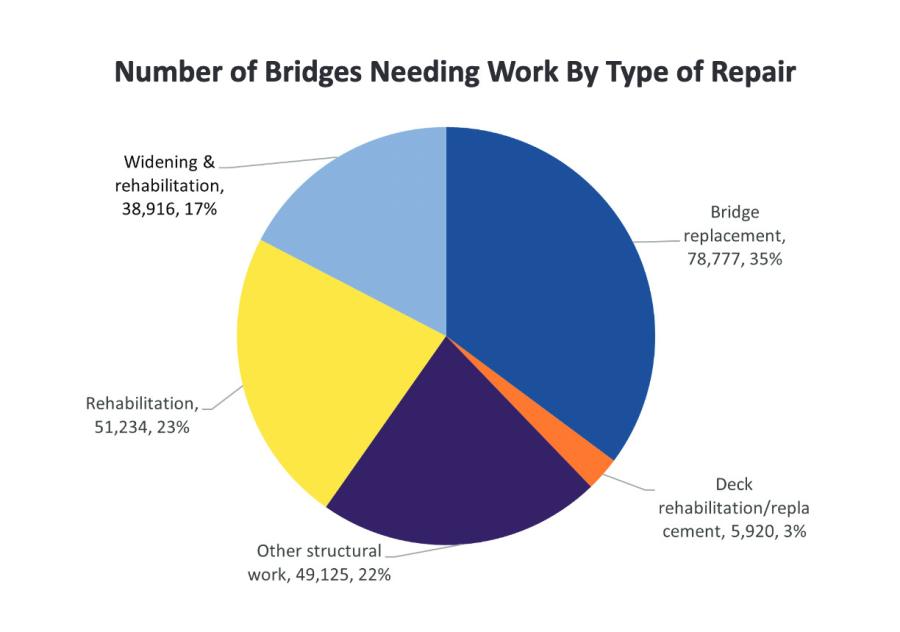