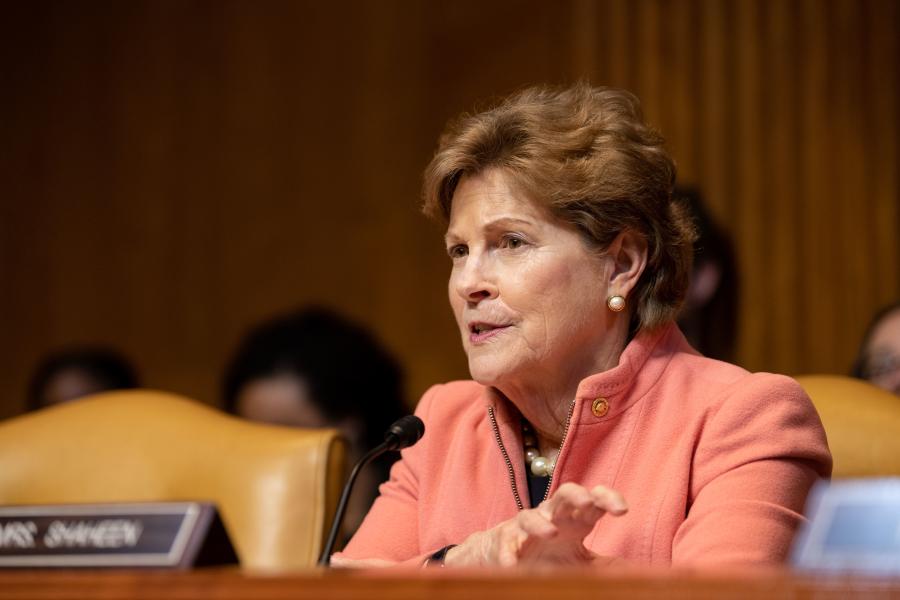 U.S. Sen. Jeanne Shaheen of New Hampshire has urged the Biden administration to expand outreach and to advance planning grants as soon as possible to help states, cities and towns make the most of the new federal infrastructure law, the Union Leader in Manchester, N.H., has learned.

As a lead negotiator for the bipartisan $550 billion Infrastructure Investment and Jobs Act (IIJA), Shaheen recently wrote a detailed wish list to Mitch Landrieu, Biden's infrastructure czar, after she met with New Hampshire city and town officials on the matter.

Landrieu was the former mayor of New Orleans who got high marks for his administration's response to Hurricane Katrina.

"The local stakeholders will be the ones who truly deliver on the promise of this law for the communities they serve," Shaheen wrote. "However, their success depends heavily on the extent of outreach and coordination provided by the administration."

According to the Union Leader, Shaheen said Landrieu's office should hold informational sessions, grant workshops and advertise heavily to make sure the programs get full participation across the country.

The state's senior senator also put a pitch in for the Biden administration to approve New Hampshire projects for many discretionary competitive grants under the five-year bill, such as for bridge repair and rural road construction.

But it did not change the traditional highway formula, which continued to give the state one of the smallest per capita grant amounts in the country.

"I encourage you to recognize and facilitate the role these competitive grants can have in filling the unmet needs of small states like New Hampshire and ensuring that federal assistance is distributed equitably among the states," Shaheen noted in her letter to Landrieu.

Some of the law's critics maintain it did not do enough to identify "shovel ready" projects that would stimulate the economy.

State Transportation Commissioner Victoria Sheehan told the New Hampshire Executive Council her office was awaiting "further guidance" from the Biden administration about many of the grant programs.

The council is expected to vote soon on whether to accept $177 million in federal highway, bridge and electric vehicle charging aid from this law over the next two years.

Sheehan has asked to use those grants to hire more than two dozen temporary staffers to help her agency get more work out quickly.

The increase also will allow the state to move projects up to the next 10-year highway program that the Legislature will consider next spring, she explained.

Much of that additional work can be done, Sheehan said, because the projects are at or near the end of final engineering design; this extra cash will help pay for construction, she noted.

Sens. Maggie Hassan and Shaheen were among 11 Democrats who worked with 11 Senate Republicans on details of the final infrastructure package.

The New Hampshire Union Leader reported that the final bill includes $5 billion to help communities such as Merrimack, Bedford, Litchfield and Londonderry deal with drinking water contamination from so-called "forever chemicals," along with other communities trying to eradicate arsenic in their water.

Shaheen urged Landrieu to ensure the program permit this assistance not only for public systems, but for those people who rely on private wells for drinking water.

"With more than 40 percent of people in New Hampshire and roughly 15 percent of people nationwide relying on residential wells, it is important that the historic investments in safe drinking water help all families," she added.

Londonderry Town Administrator Kevin Smith applauded Shaheen for being instrumental in getting this aid into the final deal.

"In Londonderry, it will be critical that our town is able to access a portion of this funding to mitigate PFAS [per- and polyfluorinated substances] contamination in residential wells and thus provide clean drinking water for all of our citizens," he explained to the Manchester news source.