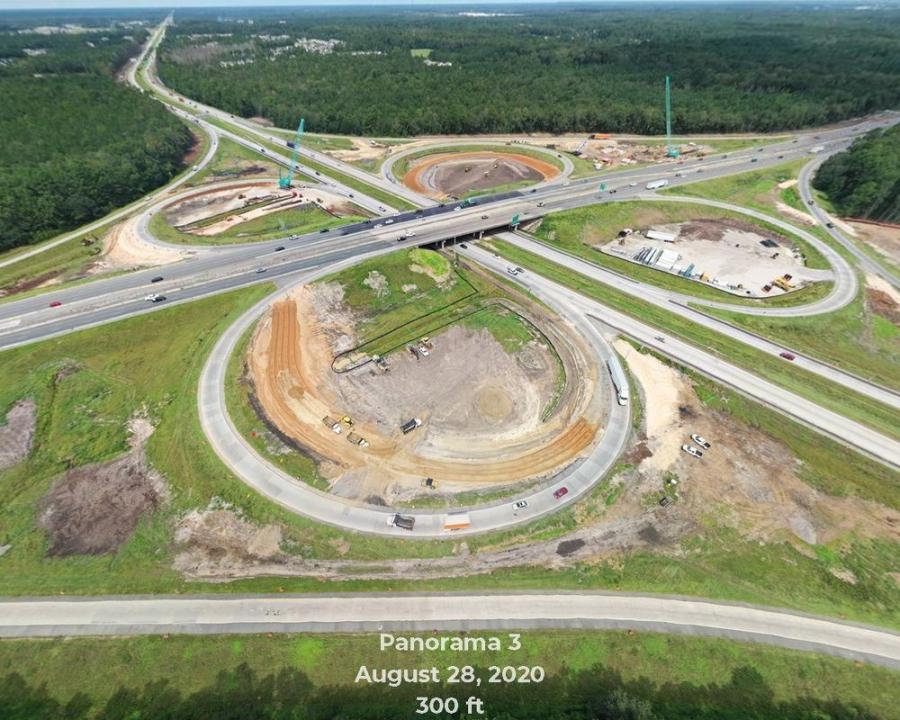 Drone overhead of I-95 passing over I-16. I-95 heads northwest toward the right side of the image; I-16 travels northeast from the bottom to the top.

Georgia's Port of Savannah is a major East Coast shipping and receiving center, home to the largest single-terminal container facility of its kind in North America.

The port is made up of two modern, deep-water complexes: The Garden City Terminal and the Ocean Terminal. The first of the two is the fourth busiest container handling operation in the United States, encompassing more than 1,200 acres and moving millions of tons of containerized cargo annually.

An endless number of container trucks are processed through the ports each day to and from points across the country. Along the Savannah River, the facilities are aided by their access to a pair of nearby interstate highways: the 1,900-mi. I-95 north-south freeway and the shorter, 154-mi.-long I-16, which connects Savannah to Macon and I-75, another primary U.S. transportation artery.

At the point where I-95 crosses over I-16, just a few miles west of downtown Savannah, the Georgia Department of Transportation (GDOT) has undertaken a major construction project, primarily along I-16, to keep traffic moving safely and efficiently. 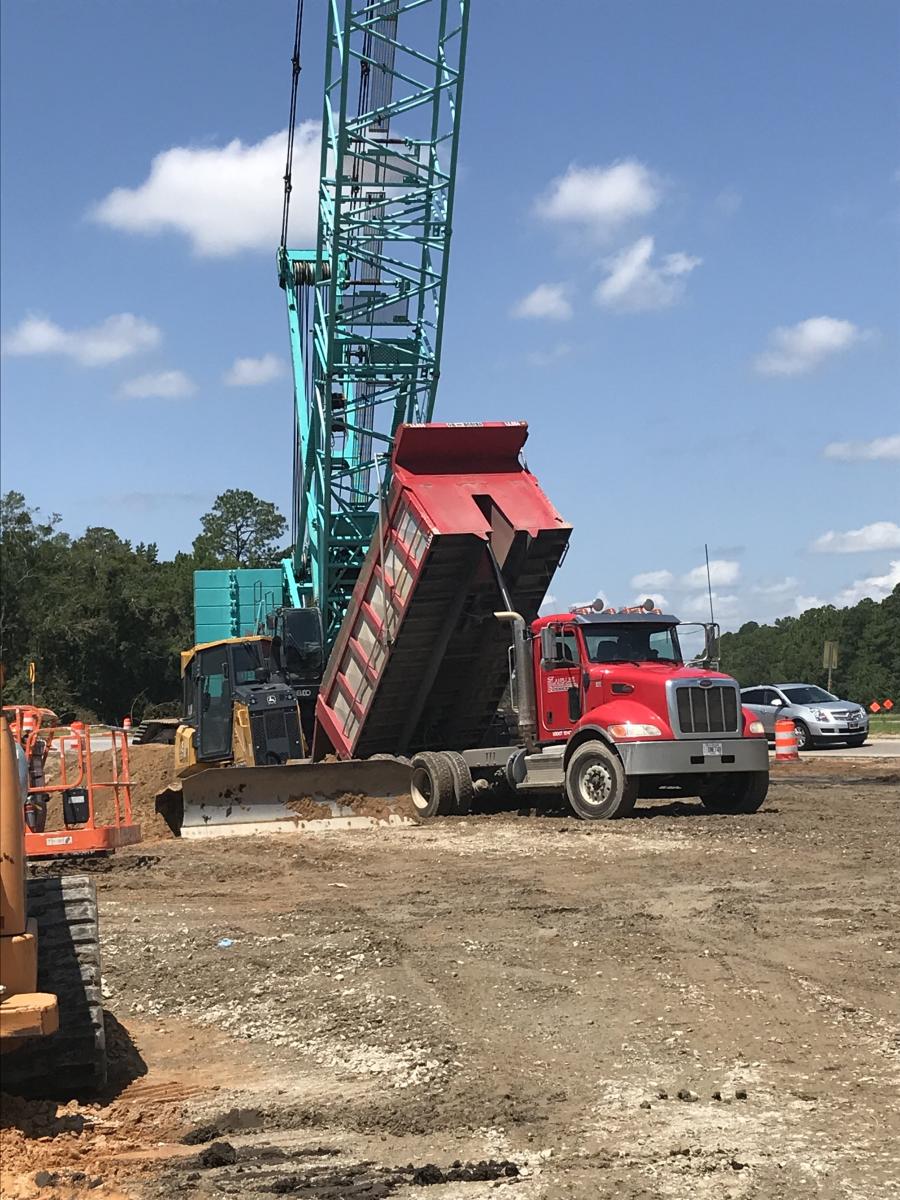 The effort is being built by the Savannah Mobility Contractors (SMC) Joint Venture, a group headed by the prime contractors, N.Y.-based Dragados USA and Prince Contracting in Tampa, Fla. The design team is led by Jacobs Engineering, headquartered in Dallas, Texas.

The SMC's major subcontractors include Baker Constructors in Savannah and C.W. Matthews Contracting in Marietta.

The main goals of the [email protected] work are to widen the I-16 mainline corridor, along with reconstructing six bridges along the route, replace four other spans and build three new bridges.

The widening of I-16 will be toward the inside median, increasing the general purpose roadway from two lanes to three in each direction to create a six-lane freeway from just west of the I-16/I-95 interchange east to I-516 in downtown Savannah, one of three routes connecting to the port.

Interstate 16's lane expansion to the east of the interchange is also necessary to accommodate future growth, especially to support the continued expansion of the Georgia Ports Authority. 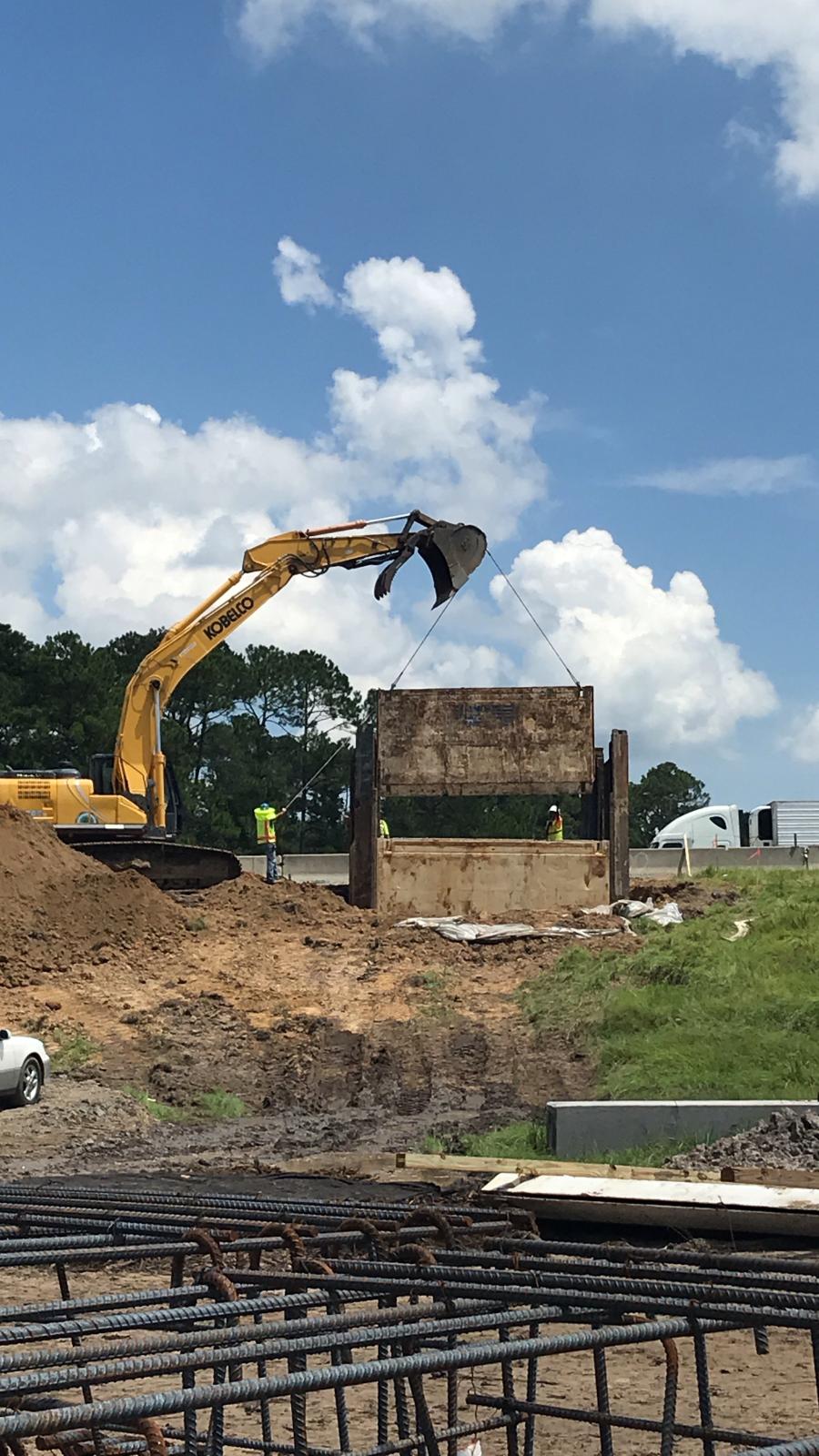 "The most unique aspect of the project is the interchange reconstruction, which will be the first partial-turbine interchange in Georgia," continued Grabowski, who, through her company, is also the spokesperson for the SMC Joint Venture on the building enterprise.

The project's design will allow for traffic to move through the interchange at higher speeds with minimal impact to the existing interchange, she said, as the new bridges will move diverging and merging traffic away from the main interstate connection. Besides minimizing congestion and making I-16 at I-95 safer overall, turbine configuration lowers the impacts to motorists and truckers during construction.

"The full cloverleaf design was sufficient when the interchange was initially built, but with current and future traffic volumes, smoother, more direct, and more efficient connections are needed between I-95 and I-16," Grabowski continued.

A collector-distributor (CD) lane on I-95 northbound will be built to separate the vehicles exiting and entering from the I-95 mainline traffic and allow unimpeded access from the I-16 cloverleaf ramps. CD lanes are designed to run parallel to the main travel lanes of a highway to connect them to access roads or entrance ramps to improve traffic flow, speed, and safety.

Other upgrades to I-16 and its interchange with I-95 include:

Both I-16 and I-95 serve as evacuation routes for any declared emergency in the area. In case of a mandatory evacuation from coastal Georgia, the I-16 eastbound lanes become contra-flow lanes in which all lanes of the freeway will only support westbound traffic from Savannah to U.S. 441 in Dublin, 125 mi. away.

But Grabowski explained that hurricane preparation improvements are also part of the [email protected] project.

"The Georgia DOT will replace the two existing one-lane, emergency-use median crossovers with one two-lane, emergency-use median crossover between I-95 and Dean Forest Road, about three miles to the east of the interchange," she said. "This crossover will improve speed variation, logistics, decrease delay and congestion, and better prepare the region for an evacuation, which is one of the most demanding set of circumstances regarding transportation operations and management."

The GDOT had been planning the [email protected] Improvement Project for several years, with the environmental processing beginning in 2016, but land-clearing only started this past February.

Contractor activities throughout the rest of this year will be concentrated in the first of three areas (Zones A, B and C) and will consist of more tree clearing and grubbing, construction of the foundations for the new interchange bridges, demolition of the existing I-95 northbound bridge and the expansion of lanes on I-16 from the interchange east to Dean Forest Road.

In general, the widening part of the project will be performed from Zone A to Zone B (from just west of Dean Forest Road to just east of Chatham Parkway) to Zone C (Chatham Parkway to the [email protected] interchange near the heart of the city).

But Grabowski said some construction may span the length of the entire corridor and an overlap of activities can be expected in each of the zones.

"Most of the improvements will be focused on one zone at a time in order to minimize disruptions to the community, businesses, and motorists," she explained.

After conducting test piles to confirm soil conditions and stability, precast concrete piles are being manufactured specifically for the [email protected] Improvement Projects, with at least 700 piles estimated to be needed for the entire effort. After they are set in place, construction will begin on the footings, columns, and caps, Grabowski said.

"Most of the footings for the columns include five piles for structural support," she continued. "As currently scheduled, the foundation work for the two partial-turbine bridges is anticipated to be completed by the end of this year."

The equipment used by the SMC Joint Venture is going to be made up of entirely of earthmovers, hammers and cranes. In fact, the first crane arrived at the freeway interchange in May from Dozier Crane & Machinery, a dealership in nearby Pooler.