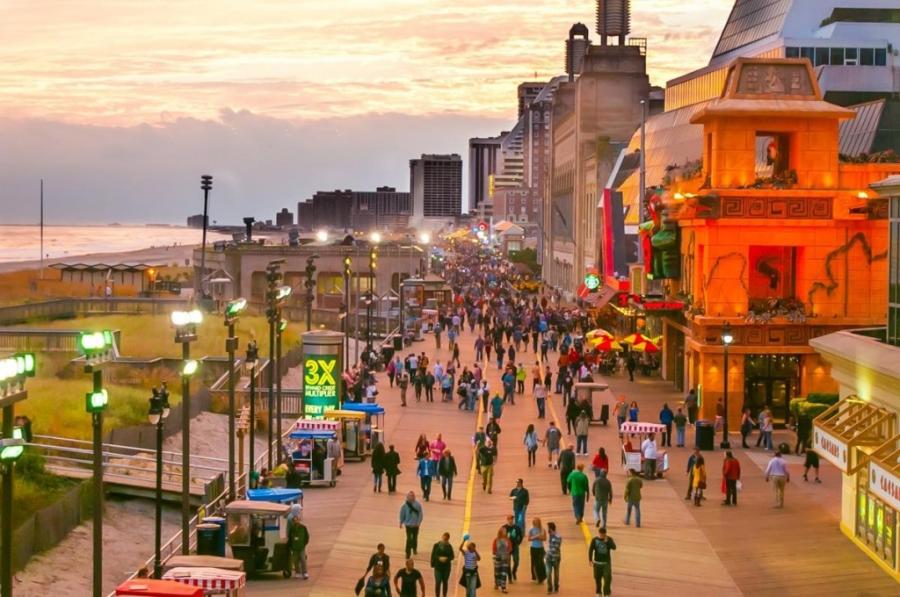 They won't be gold-plated, but the new $2 million restrooms at historic Boardwalk Hall, approved unanimously Tuesday by the state Casino Reinvestment Development Authority, will be "timeless" in design and state-of-the-art in function.

"This project seems to be stirring up a little bit of discussion. ... There has been a misconception in the press about what we're doing," CRDA Chairman Robert Mulcahy III said of the renovation project. It is expected to begin by March 1 with a $1.7 million contract between Spectra Venue Management, which is Boardwalk Hall's management company, and R. Wilkinson & Sons Construction Inc. of Absecon.

Mulcahy noted that there had been some public rumbling about the CRDA's spending $2 million on the restroom areas, but said before the unanimous vote that "world-class facility like historic Boardwalk Hall demands first-class facilities" for the public. The arena is used year-round for events that include trade shows, indoor rodeos, large concerts, and the Miss America Pageant.

Cost overruns are not approved for the project over $2,002,564, according to the contract, which calls for renovation of four men's and four women's restrooms on the first and second floors. One of the restroom areas has not been used since the 1930s, and the rest were last remodeled in the 1950s and have not been used in decades, according to Chris Menchin, a principal with SOSH Architects, designer of the project, which is expected to take four to five months.

Boardwalk Hall has numerous other restroom areas that will not be affected.

Menchin said the project would replace all plumbing, electrical wiring, and various other systems and infrastructure for the restrooms in addition to new fixtures throughout.

The construction will not disrupt operations because the restrooms being renovated are all off the main lobby areas and have not been open to the public in years.

For the full story, visit philly.com