It’s said that one man’s trash is another man’s treasure. For the Cristina family, that adage has rung true. 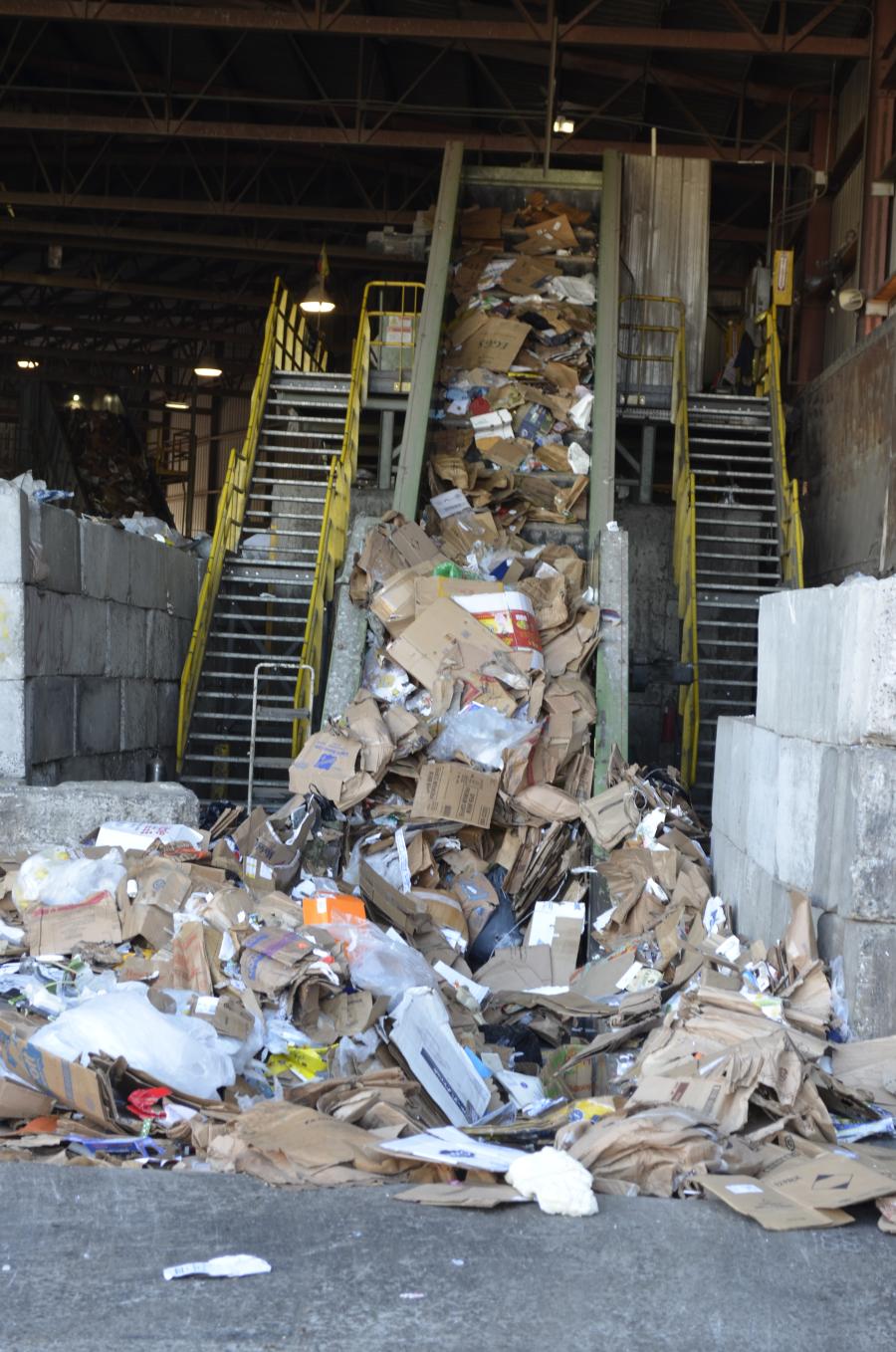 It's said that one man's trash is another man's treasure. For the Cristina family, that adage has rung true.

In 1956, Rocco Cristina got involved in the garbage business in New York City. Over the years, through a series of mergers and expansions, that company grew to consist of three different corporations, currently being run by his two sons, Michael and Bob Cristina.

• Boro-Wide Recycling, which is a full-service recycling and waste disposal company that operates a large fleet of garbage, roll-off trucks and hundreds of containers.

The Backbone of the Business

Every solid waste recycling facility has a mainstay piece of construction equipment, the front-end loader. Back in 1988, Rocco purchased his first Kawasaki loader from the T.J. Burke Company in New York City (now defunct). That original Kawasaki ran 10 hours a day, sometimes as much as seven days a week, and had more than 70,000 hours on it when it came time to be replaced, without ever having a mechanical failure of any significance.

Michael and Bob have been overwhelmingly impressed with the lasting impression those original Kawasaki machines made, enough so that whenever it's time to look for new loaders Kawasaki is number one on their list. Over the past three years, they have purchased three new Kawasaki loaders from All Island Equipment including one new Kawasaki 70Z7 for New Style Recycling and two Kawasaki 60Z7 loaders for Empire State Cardboard Paper Recycling.

The Kawasaki 60Z7 machines are equipped with quick disconnect and 2-1/2 cu. yd. (1.9 cu m) buckets with attached grapples that were specifically designed and engineered by GEM Attachments. Due to the severity of the working conditions and the tight repetitive turns on solid concrete all day long, they are equipped with solid rubber tires. They are powered by a Tier IV Interim Certified 100 hp Deutz diesel engine and the cab is large, quiet and offers enhanced visibility in all directions.

“Our needs are very specific at the paper recycling facility,” Michael Cristina said. “We have a very small area in which to work so the machine has to have a small footprint. It is a very active working environment with a lot of trucks dumping their loads on the ground, so visibility is critical and we were very impressed with the machine's maneuverability.”

The Kawasaki 70Z7, which is used primarily at New Style Recycling, is equipped with a 4.2 cu. yd. (3.2 cu m) bucket and has a Cummins 173 hp engine, a ZF 5-speed transmission and a Quick Power switch, which kicks in enough extra power to muscle through tough spots in the challenging environment that New Style Recycling faces each day.

Michael and Bob have a policy of assigning one operator for every machine and they make that operator responsible for that machine so operator input is very important to them.

“Our employees transitioned very well into these machines. There was very little learning curve and immediately we saw our employees taking a great deal of pride in these new loaders,” Bob said.

The companies owned by the Cristina brothers serve the New York City market and employ a combined total of 75 employees. Boro-Wide Recycling operates a fleet of more than 20 trucks and 700 roll-off containers. New Style Recycling processes nearly 40,000 tons of construction and demolition recycling materials each year and Empire State Cardboard processes 50,000 tons of separated and baled paper materials, the majority of which get shipped to China for processing.

Michael and Bob are hands-on owner/managers of the companies. One of their biggest focuses is maintaining relationships with their customers.

“During the economic tanking that New York City suffered starting in 2008 we were reminded just how important maintaining customer relationships can be,” Bob said.

“When times get tough and your competitors get desperate they will do whatever it takes to try to move in on your customer base. New York City is a very difficult place to be in our type of business. Traffic is unbelievable and space to work in is at a premium. Our customers may well need a container delivered at 2 or 3 o'clock in the morning and may have very specific demands about when that container has to come out and you can't just drop off an unlimited number of containers, the space just isn't available. We have to be in constant communication with the customer and be willing to jump through any hoops and have our drivers ready to move anytime day or night.”

Besides the performance the Cristina brothers have seen personally from Kawasaki machines, Gary Wade and the relationship they have with All Island Equipment is a big factor in their purchasing these new loaders.

“Gary owns All Island Equipment and he calls on us personally,” Michael said. “If we order new filters or supplies it's not shocking to have Gary deliver them himself. We are in the recycling business and are not necessarily experts in the area of heavy equipment so we rely heavily on Gary and All Island Equipment to make the right recommendations for our needs, and they have never let us down. Gary completely understands the machines that he sells, where they shine, and most importantly what their limits are. He pointed out to us the advantages of purchasing loaders that meet Tier IV requirements yet do not require regeneration. In the environment that we work with a lot of combustible materials that was very important to us.”

For more information on All Island Equipment, call 631/643-2605, or visit http://www.allislandequipment.com/.