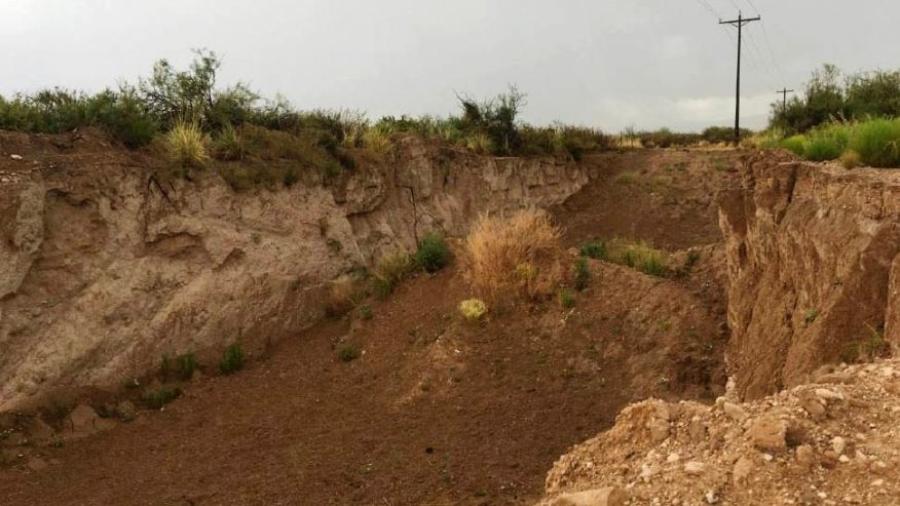 An investigation found that Hudspeth County crews have been using dirt, sand and gravel from a parcel of state trust land along the border. (foxnews.com photo)

SANTA FE, N.M. (AP) The New Mexico State Land Office is going after a West Texas county after it was learned that loads of dirt, sand and gravel were disappearing from a parcel of state trust land along the border.

An investigation found that Hudspeth County crews have been using material from the site for road improvements, Land Commissioner Aubrey Dunn said. Mining at the site appears to have started a few years ago.

The dirt bandits have been using a dusty byway from Hudspeth County to access the site in southern New Mexico, he said.

The State Land Office has owned the mineral and surface rights on the property since 1958, so Dunn is asking Hudspeth County that all mining stop until New Mexico is compensated for the resources that have been taken and a mining lease is issued.

Hudspeth County Attorney Kit Bramblett said there's some confusion around the location of the pit, which contains a layer of rock-hard caliche, or calcium carbonate.

“There's a fence just north of this gravel pit, an old fence. We've always interpreted it as being the state line,” he said. “We need to make a determination of exactly where the line is and then we'll talk about what has happened.”

Hudspeth County officials weren't immediately sure if aerial photographs or more surveying would need to be done to settle the issue.

“We have no intentions of stealing their caliche so this is not an adversarial type of thing,” Bramblett said.

Dunn raised concerns because his office is charged with overseeing mining, oil and gas development or other resource-related activities on millions of acres of state trust land as part of a mission to raise revenues for public schools, universities, hospitals and other beneficiaries.