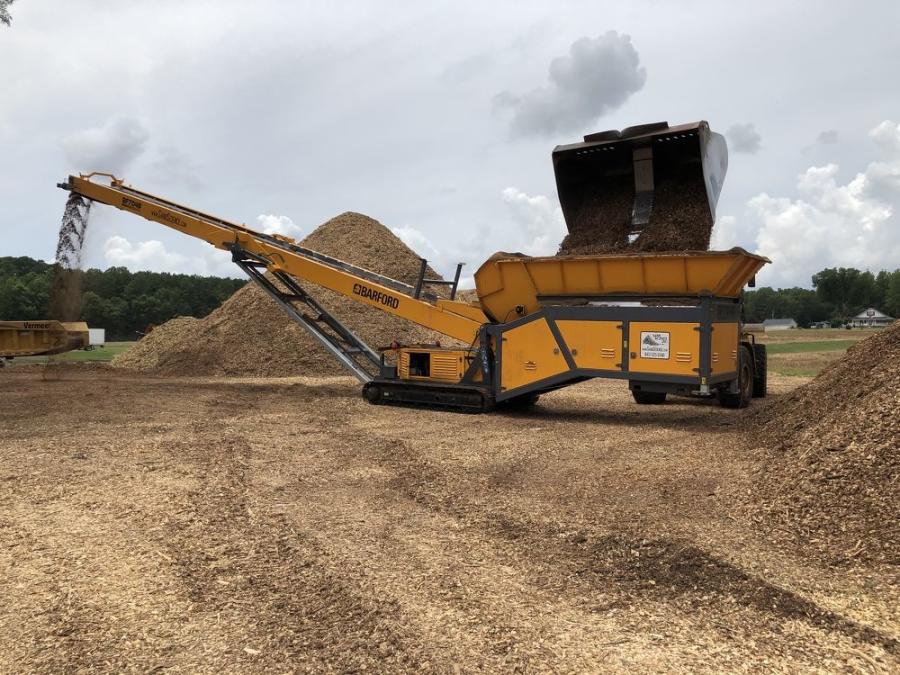 Kirk Strickland has been very happy with the new business relationship he has made in 2020 with Sand Science and his contact there, Eoin Kenny, from whom he purchased his Barford BF7048M tracked bin feeder.

After 22 years hauling and producing residential- and commercial-use mulch, Kirk Strickland knows what one efficient and essential piece of machinery can do for his company's success.

He owns North Carolina Mulch Inc., a family-run enterprise in Middlesex, just to the east of Raleigh. Since its founding in 1998, the business has steadily grown into an established and profitable, multi-service company, which, although not the largest, is nonetheless a major creator and distributor of several types of wood byproducts.

A Better Way to Run a Mulch Business

Prior to forming North Carolina Mulch, Strickland trucked mulch for other businesses in and around the Raleigh area. 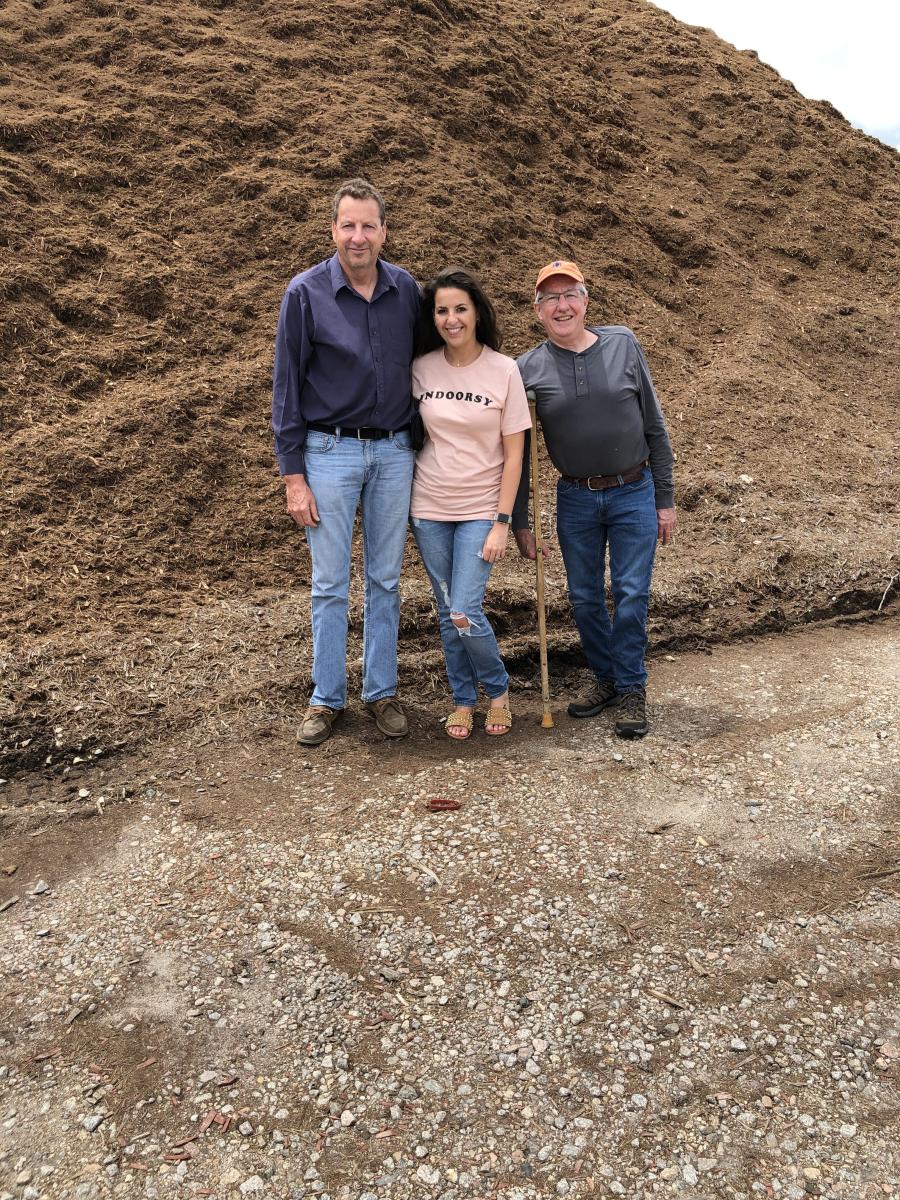 "We were hauling all different wood byproducts," he said. "Most of it was bark because bark was a necessary evil to the chip mills. Some of it went to mulch processing places and that's when I thought, ‘You know, there is a better, more efficient way of doing this mulch business.'

"So, when my wife became pregnant with our second child, Luke, she decided she wanted to stay at home," Strickland added. "We decided we would start a little mulch company because we weren't sure the trucking company could support us all."

"We grew consistently but slowly, just based on demand and keeping tabs on what the market was doing and what we thought the need would be going forward," Strickland said. "If we saw a need, we might add inventory. We might think, ‘Maybe we can do a hundred more loads than we did last year or pick up another good customer who might buy X amounts of loads per year.'

Today, North Carolina Mulch is a recognizable name among landscapers and retail dealers working in the entire eastern half of the Tarheel State, from Greensboro to the Atlantic Coast.

Strickland's company processes and sells several different types of mulch, among them wood chips that it grinds into red, black, walnut and playground-certified products. In addition, the company has a brown-dyed hardwood and a regular hardwood mulch. Then it stockpiles that mulch and regrinds it as needed. 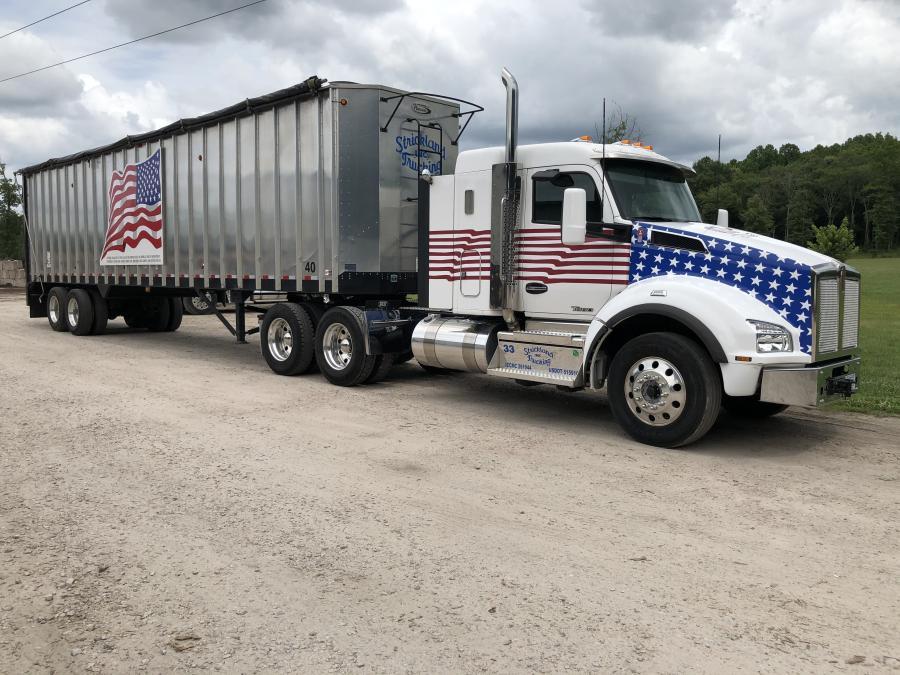 Many of North Carolina Mulch's largest customers are in the Triangle cities of Raleigh, Durham and Cary, he said. During the peak seasons, those customers will purchase three or four loads per day.

"Other than the very small amount of retail sales we do here, everything else is wholesale," Strickland said. "We sell mainly to retailers that will then sell to landscapers or homeowners by the yard. A good bit is sold to golf courses and to commercial landscapers that specialize in shopping center maintenance."

His business also will haul mulch directly to an end-user for landscaping projects, such as at a shopping mall, or even to a Lowe's Home Improvement. Sometimes deliveries are made at night directly to the spot where the mulch can be used the next day.

"We buy bark and chips year-round," he said. "A lot of other companies try to buy all they need in the spring and, early on, we tried that, too, but we learned quickly that trying to get out there and scratch out bark and chips in the spring is a hard thing to do. So, we have developed relationships with our materials suppliers and when we go into February, we might have 800 to 900 loads of material stockpiled out here."

But with that stockpiling, Strickland found he had a problem which had been festering in his company yard for years: a constant overheating of the wood materials that could, at times, result in fires within the piles.

The short-term solution is to constantly use rubber-tire loaders and dozers to move the wood piles from place to place to disperse the buildup of heat, a task that Strickland said was "almost impossible."

"The bark would just cook itself to where it was like coal and would have no life or color left in it," he said, "and that was something we struggled with for years."

New Machine Makes All the Difference

A much better solution presented itself this past spring when Strickland purchased a Barford BF7048M tracked bin feeder from Sand Science, a Beaufort, S.C., dealer of screening, conveying, crushing and recycling equipment. 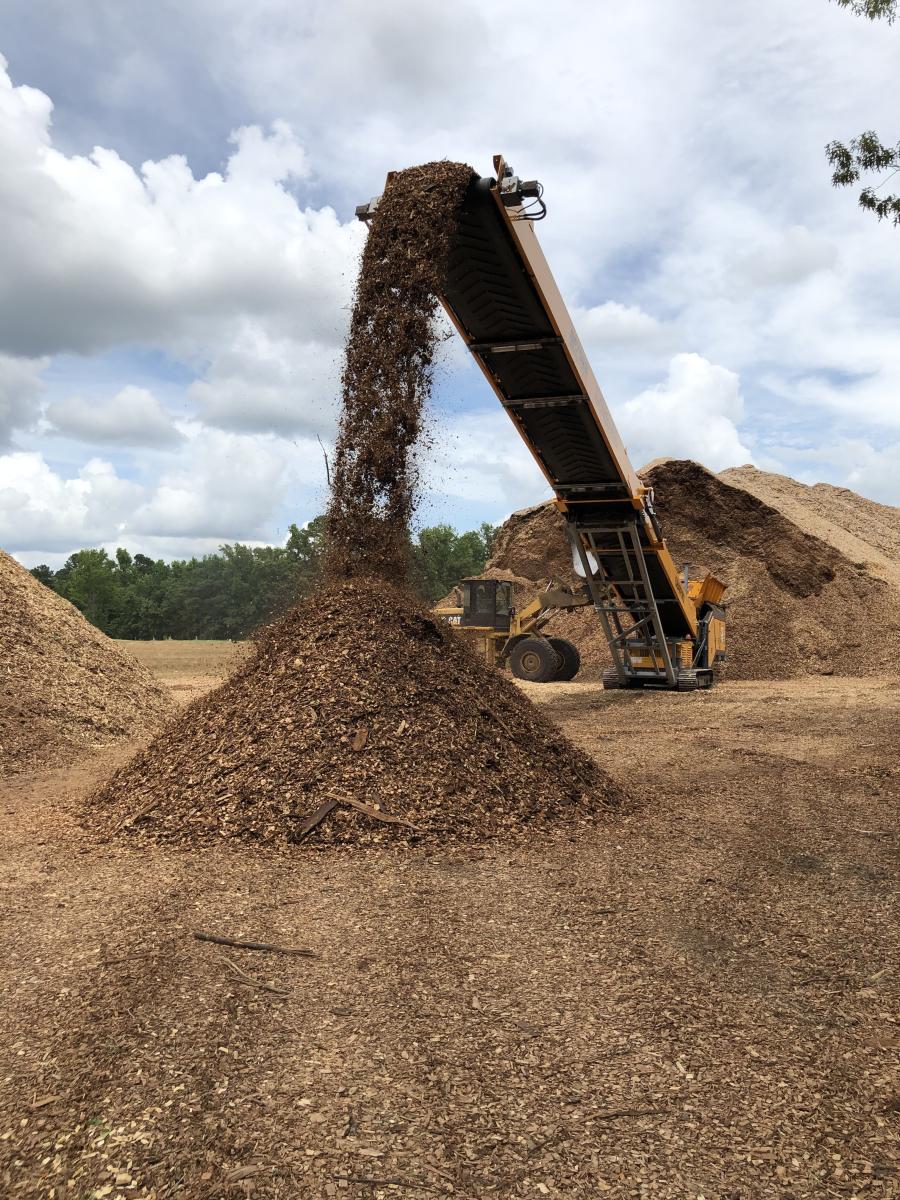 The 70-ft.-long Barford is used by Strickland primarily to move mulch into 40- to 50-ft.-tall stacks. It has proved to be a much better alternative for North Carolina Mulch because it relieves its people from always having to scoop, tote and push mulch piled on the ground.

"The Barford has an agitator in it, so we can dump a 10-yard bucket of bark right in the hopper and with its feeder belt get a consistent supply out of the discharge belt," he said. "If the bark has gotten clumpy or packed, the agitator beats it up, breaks it loose and sends it into the pile where the machine cools it as it's piling. The Barford just makes moving this bark around in the winter much easier for us."

From November through February, Strickland said, the company plans to use its new Barford almost daily just to manage its bark and chip piles. Moving them around to reduce the heat buildup also allows the bark and chips to better retain their color. Instead of turning black, the bark and chips stay a nice brown color and alleviate worries about hot spots in the piles, he added.

"The main reason I wanted to try and stack this material was to manage my inventory in the off season, but since I have the Barford here, we use it for everything. We will also use it in our grinding operation by setting it up to pile right from the grinder. Rather than using that grinder to stack 14 to 15 feet tall, by using the stacker with it, we can stack 40 to 50 feet tall and not have to constantly grind."

Strickland has been very happy with the new business relationship he has made in 2020 with Sand Science and his contact there, Eoin Kenny.

"For one, their service has been outstanding," he said. "After we got the Barford machine, Eoin came out here the very next day to help us set up and go through the start-up with us. It was on a Saturday and he worked with us all day." 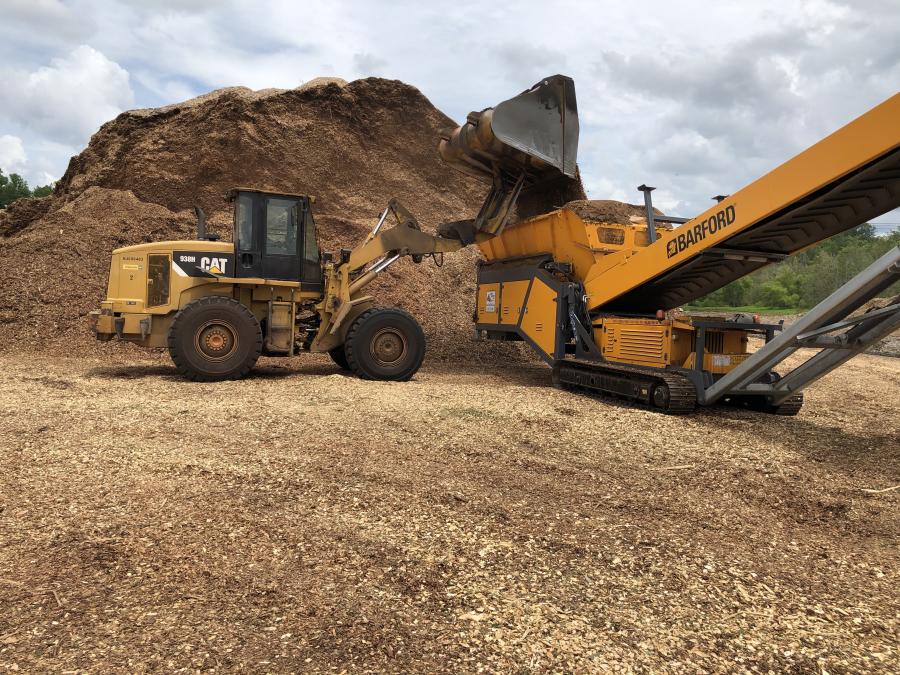 Strickland said that he and his employees figured out that same day that the Barford was going to do a great job for them on many of the tasks they wanted it to do, but not on everything they needed accomplished.

Kenny immediately went to work on resolving the issues and dealt with Barford for Strickland — the result being that modifications and re-engineering were done to North Carolina Mulch's new feeder stacker machine.

"They left the machine here and we used it while they were remaking some parts that they needed for us," said Strickland. "Sand Science came back and picked up the Barford when the new parts were ready, carried it back to their facility in South Carolina, retrofitted it with those parts and brought it right back in a very timely fashion. By doing that, they eliminated all the issues we had with the Barford, so as far as their service, I couldn't ask for anything better.

Since then, Strickland said, Sand Science has made a point to call him regularly to make sure the Barford is running to suit North Carolina Mulch's needs.

"[Sand Science is] a family-run business that really cares about their integrity and their word," said Strickland. "I have learned in dealing with them that they do what they say and that's the way we try to do business, too. We aren't the biggest in our market and they aren't the biggest in theirs, but the biggest people are not always the best to deal with. We found that out through the years buying from this person or that company. You need to deal with the most reputable people and not just the cheapest." CEG