NY Gov. Announces $150B Infrastructure Investment Over Next Five Years 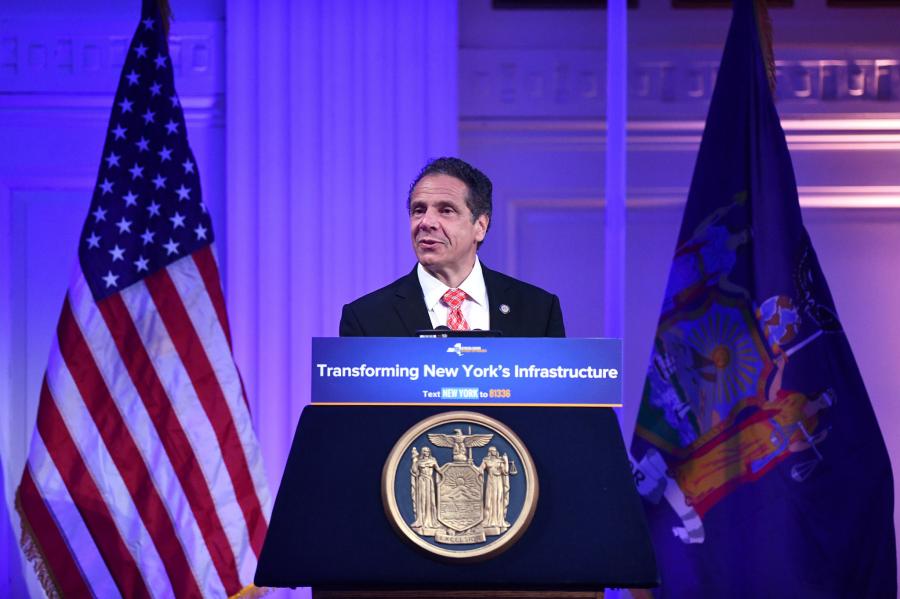 "After a half century of neglect and inaction, New York is once again building for the future, and our infrastructure investments are already creating hundreds of thousands of jobs," Gov. Cuomo said.

"After a half century of neglect and inaction, New York is once again building for the future, and our infrastructure investments are already creating hundreds of thousands of jobs," Gov. Cuomo said. "This record commitment to infrastructure, which builds on our already thriving $100 billion program, will drive our momentum forward and demonstrates yet again that with vision and ambition, New York is setting an example for the rest of the nation to follow."

As with the existing $100 billion infrastructure program, the new $150 billion plan will be funded by a combination of state, federal, local government, public authority and private investment. State debt will remain at affordable levels and within the statutory debt limit. Responsible management of the State's debt portfolio has been a hallmark of this administration and, today, the state has less debt than when the Governor took office.

New Yorkers are already benefiting from the capital assets funded through the current $100 billion infrastructure plan, from the Mario Cuomo Bridge, to the 2nd Avenue Subway, to downtown revitalizations and water infrastructure projects all across the state. These projects are supporting the creation of approximately 450,000 jobs and contribute New York's all-time high job count. Since the beginning of Governor Cuomo's administration, New York State's economy has experienced employment growth in 76 of the past 88 months.

A Multitude of Projects

$66 billion for transportation, including mass transit, railroads, airports, highways and bridges and tunnels across the state to create the infrastructure system that will support economic growth through the 21st century:

$9 billion to further the state's investment in the construction of quality, safe, secure and affordable housing for the people of New York.

$13 billion to improve and maintain SUNY and CUNY buildings, the state's health care facilities and other capital assets.

The current $100 billion infrastructure plan supports the creation of approximately 450,000 jobs and includes: