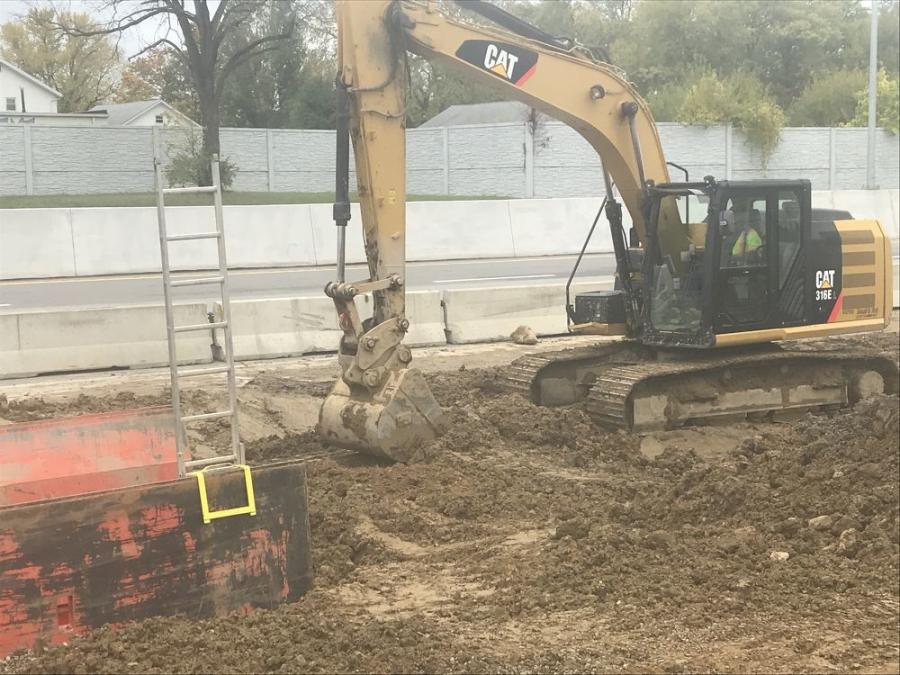 Crews in Ohio are widening the U.S. 35 corridor between Smithville Road and I-675 from two to three lanes. (Jim Gibson/ODOT photo)

Crews in Ohio are widening the U.S. 35 corridor between Smithville Road and I-675 from two to three lanes.

The additional lane on U.S. 35 between Smithville Road and I-675 will reduce congestion and improve safety for the traveling public. The work also will provide three continuous lanes from I-75 to I-675.

"This project needed three elements to come to fruition, including vision, partnership and funding," said Jack Marchbanks, Ohio Department of Transportation (ODOT) director. "The first two have been in place for some time. [Due] to the leadership of Governor Mike DeWine and the Ohio General Assembly, we were able to grow the revenue stream which, in turn, allowed us to invest the dollars needed to make this project happen." 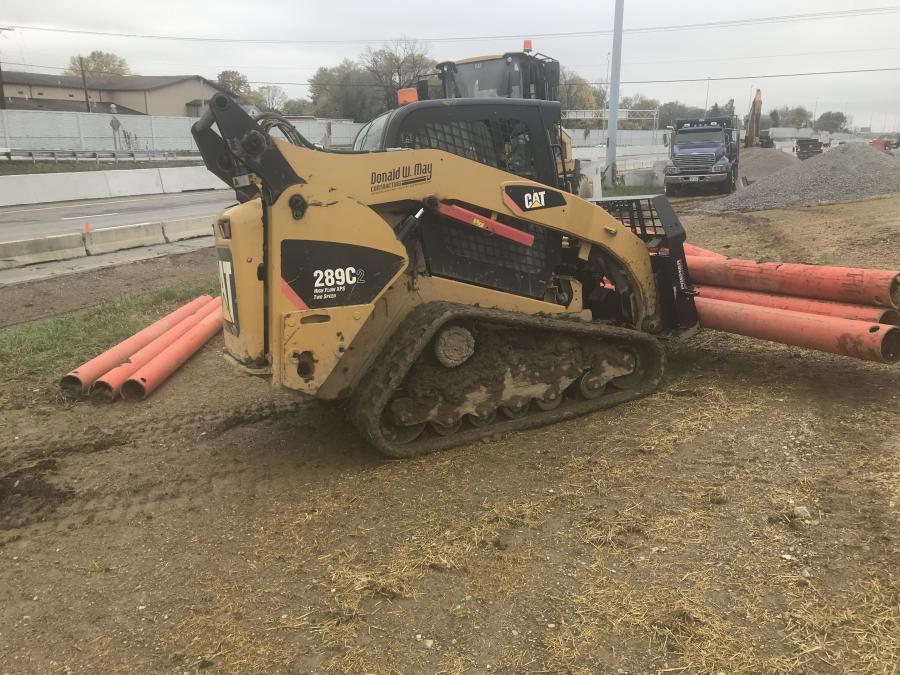 The $13.2 million effort has been in the works for nearly two decades. According to ODOT District 7 public information officer Tiffany Oliphant, the stretch of roadway serves more than 79,000 motorists daily and is considered an important corridor for the area.

"U.S. 35 connects two major interstate routes, I-75 and I-675. It is an east-west commuter corridor for Dayton, Riverside and Beavercreek. This route connects population with employment centers and economic development opportunities."

The Miami Valley Regional Planning Commission has supported the project throughout the development process, providing $2.9 million dollars towards construction.

"The city of Riverside has continually provided its voice in support of the project and has committed funding for a future phase of the corridor improvements at the Woodman Drive interchange," said Oliphant.

The project is Phase 2B of a four-phase approach. Phase 1 widened structures within the corridor in preparation of the roadway widening.

"Phase 2A installed a noise barrier along the corridor," said Oliphant. "Phase 4 was recently completed to improve the Smithville Road interchange, and phase 3 is scheduled for fiscal year 2023, upgrading the Woodman Drive interchange and completing the corridor improvements.

"This approach was used to complete needed improvements to the infrastructure in a timely manner, and keep project costs more affordable. If the entire corridor was completed with one project, the costs would have approached $100 million dollars, as opposed to multiple projects with costs less than $20 million each spread out financially."

Lane and ramp restrictions are necessary so the contractor can access the work areas. U.S. 35 traffic needs to be shifted away from the median, in order for the new lanes to be constructed in the area. 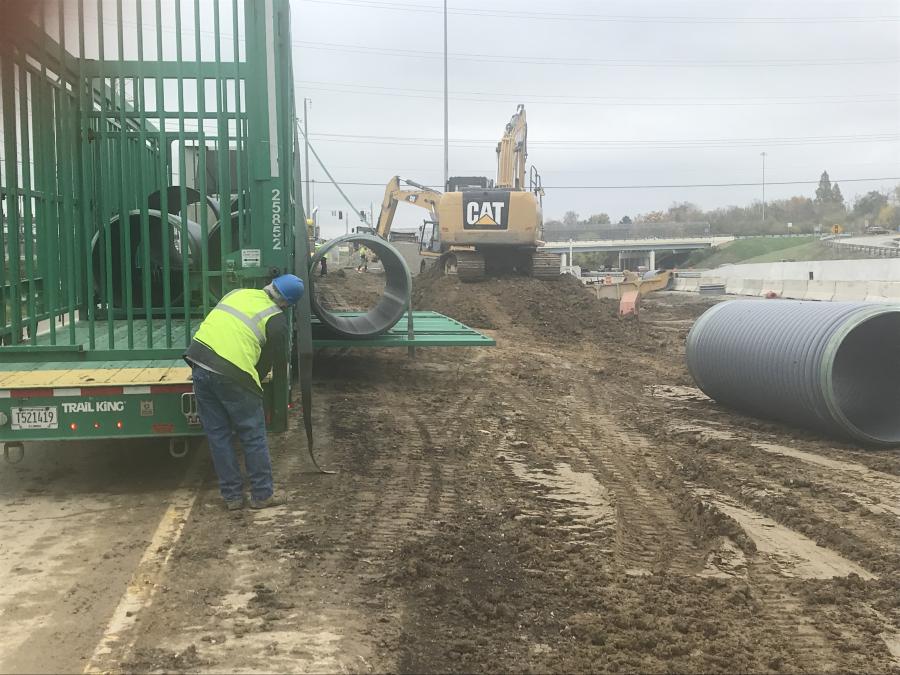 Oliphant said the tight time frame in which Phase 2 of the project must be done presents the biggest challenge for those performing the work.

"Phase 2's full construction of an eastbound and a westbound lane as well as median drainage, lighting and wall are all expected to occur starting in the spring of 2021, with completion by October of 2021."

The U.S. 35 Lane Expansion Project, which will increase U.S. 35 from two-lanes to three-lanes in each direction between Smithville Road and I-675, also will maximize bridge clearance under Woodman Drive, construct a new median wall and widen the shoulder along this stretch of freeway. The project also includes resurfacing the Woodman Drive Ramp to Westbound U.S. 35.

The elements have not played a major role to date, but they are a concern.

Predominant tasks remaining include construction of the new pavement shoulders and median barrier wall; resurfacing of the existing lanes; and installing the new drainage system, lighting, retaining wall and noise barrier wall. Construction milestones include having traffic in its final proposed configuration with three lanes in each direction by Oct. 15, 2021, with additional miscellaneous work and final resurfacing occurring in 2022.

Motorists can expect short-term ramp and lane closures during the project, with ODOT giving advance notice to the public. Oliphant noted that keeping everyone out of harm's way is a top priority, as workers continue making progress on the long-awaited upgrade. 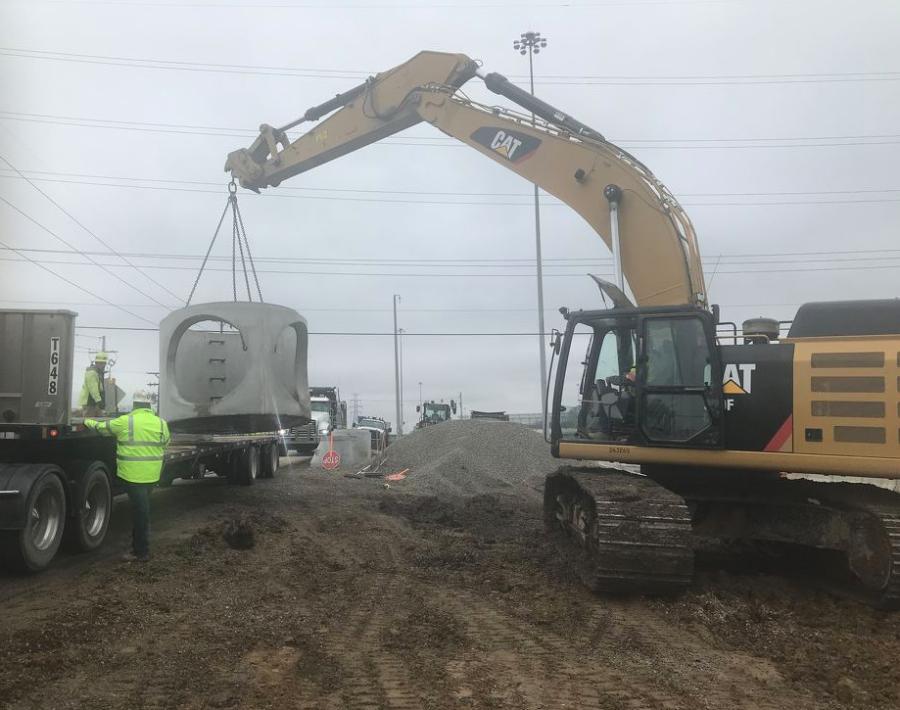 "Safety for the crews and public is achieved through the use of portable concrete barrier wall to separate the travel lanes from the work area. Also, variable speed limit signs will reduce the speed limit in the work zone while workers are present."

"The excavators will be used for the pipe and excavation work, along with the loaders," said Oliphant. "The dozers will perform all the grading of subgrade and 304 agg base. The main materials required to perform the work include asphalt, concrete, cement and aggregate."

Prior to construction, U.S. 35 included two 12-ft. lanes in each direction, with paved shoulders of various widths. The directions of travel were separated by either a concrete barrier wall or grass median with guardrail.

Prep work for the lane addition in the middle will involve the removal of existing barrier design guardrail, once traffic has been shifted to the outside in both directions. The project includes 14,065 cu. yds. of excavation and 518 cu. yds. of embankment. The most time-consuming part of the project will be the construction of the new lanes in the median of U.S. 35.

ODOT awarded the contract to Barrett Paving Materials. Construction began in July 2020, and has a tentative completion date of late August 2022. CEG